Home / Latest / The Bold and The Colourful: Apple announces 5S and 5C iPhones

The Bold and The Colourful: Apple announces 5S and 5C iPhones 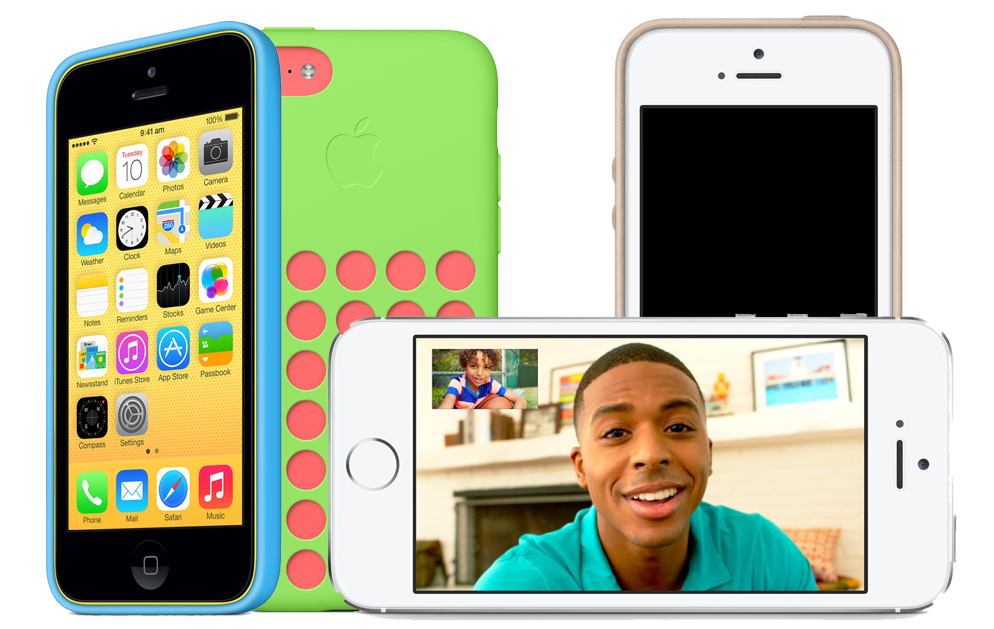 Apple has announced the successors of the iPhone line of mobile devices: The iPhone 5S and the iPhone 5C.

During the company’s September Special Event Keynote early this morning, Apple put out a couple of new phones in fancy new colours for the fun people and those who don’t have time for fun.

The iPhone 5C comes in five colours on its plastic housing with the 4-inch Retina Display touchscreen in a black bezel. The phone includes the A6 processor of the old (now discontinued) iPhone 5 and an 8-megapixel camera. It notably retails at a lower price in Apple’s efforts to take the price down to something more entry-level of most phones of today.

For something a little more new, albeit less vibrant, the iPhone 5S will fit the hands of corporate employees. Looking pretty much like its predecessor, the iPhone 5S also comes in gold. Some of the major highlights of the 5S include the A7 chip that makes the 5S 40-times faster than the original iPhone and is the first smartphone to have a 64-bit architecture. The M7 chip allows for better battery life through motion-sensing without sucking a lot of performance power off the A7 chip.

The iPhone 5S comes with a smarter camera with dual-flash for all the right colour temperatures picking off the best photo processed in real time and adjust it for exposure. It can also shoot 120fps video, allowing for slick slow motion effects and burst shooting at 10 photos a second for action shots.

For a new level of security, the home button on the iPhone 5S is also a fingerprint scanner, allowing users to unlock or pay for their iTunes purchases with a quick scan of their fingers or thumbs.

The new iPhones will release in selected countries, including Singapore, on Septembet 20th, two days after Apple drops iOS 7 to consumers on September 18th, with the GM out for developers (and enterprising consumers who want it) today.

Previous post Infinity Blade 3 Out Next Week, Will End the Series
Next post Asia Gets Update 8.8 for World of Tanks on 18 Sept.