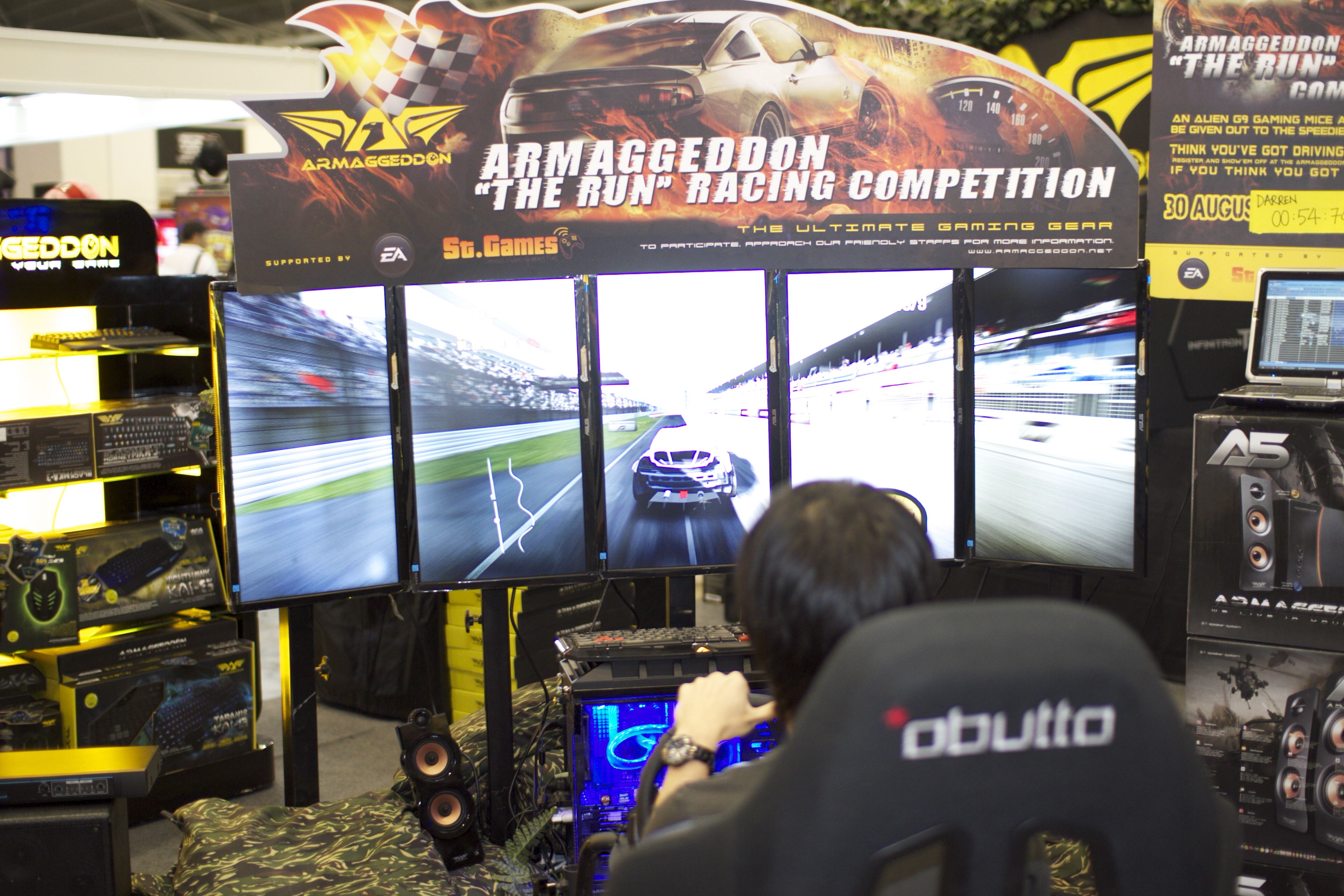 The annual Games eXpo organised by Rapture Gaming is arguably one of the most publicised gaming events of the year. But is it living up to expectations with each passing year? RGB finds out.

Indie developers were given a home either at their individual booths or within the larger Games Solution Centre area. One thing we noticed was that locally-produced games were getting better (in terms of quality) with each passing year. Among those that caught our eye were mobile games Miner Mite, Monsters Fight Back, and Sewer Defenders, and PC game Cubetractor. Windows 8 exclusive Linx was also impressive. Watch out for our previews on these games soon!

Apart from acting as a hub for new games and game developers, the Games eXpo also hosted the TGX Arena, which comprises of tournaments such as the World Cyber Games Singapore Qualifiers, and the International e-Sports Federation Singapore Qualifiers. The Asia e-Sports Cup was also a part of its competitive lineup this year.

Unfortunately, apart from these two highlights, the rest of TGX seems to fell a little short. While the Shanda Games booth was worth going down for, little else was. There was a Magic: The Gathering tournament which translated to being a yawn and a half for non-TCG players, and while ASUS and Kingston both had booths there, they were not as gamer-friendly as the expo warranted.

“It’s getting smaller and smaller every year,” said 26 year old Kenny Wong, a visitor to TGX. “This year is by far the worst of the three years I’ve attended TGX.” He also noted how local industry players Garena and Asiasoft were conspicuously missing from this year’s event, and added that he didn’t know if TGX was a cosplay event or a gaming event.

“There are more cosplayers than gamers,” Kenny complained.

Which wasn’t such a bad thing, anyhow. “The saving grace for TGX this year was definitely the cosplay content,” commented Jason Koh, who attended the event as a cosplayer. “The big prize pot really drew in quality, and the fact that there was actually a strong gaming cosplay representation was definitely a plus point.”

We did feel that the CosX element of TGX was more tacked on than anything, as the cosplay competition was conducted on a tiny stage close to the entrance. Certain larger-than-life costumes could barely fit into the stage area, and the stage was not large enough to accommodate all participants. Considering that the prize pot for the CosX cosplayer competition ran much higher than what the TGX Arena afforded its games winners, the competition could have been better showcased at the main stage area reserved for TGX Arena game finals.

It was the TGX Arena portion of the expo that really shone, however.

Care had clearly been put into the TGX Arena’s competitor area. While the Arena did not allow public access, organisers Rapture Gaming were thoughtful enough to place banks of computers around its perimeter so spectators could keep up with the action.

In spite of all that, however, The Games eXpo still fell a little short of both ours’ and the public’s expectations. Dawn ‘Glxy.Aurora’ Ng, a member of Singapore girl gaming team Girlaxy who attended TGX last year, summed it up:

“It’s good to see that the event is well run and organised, but nothing beats the World Cyber Games feel from a few years back!”