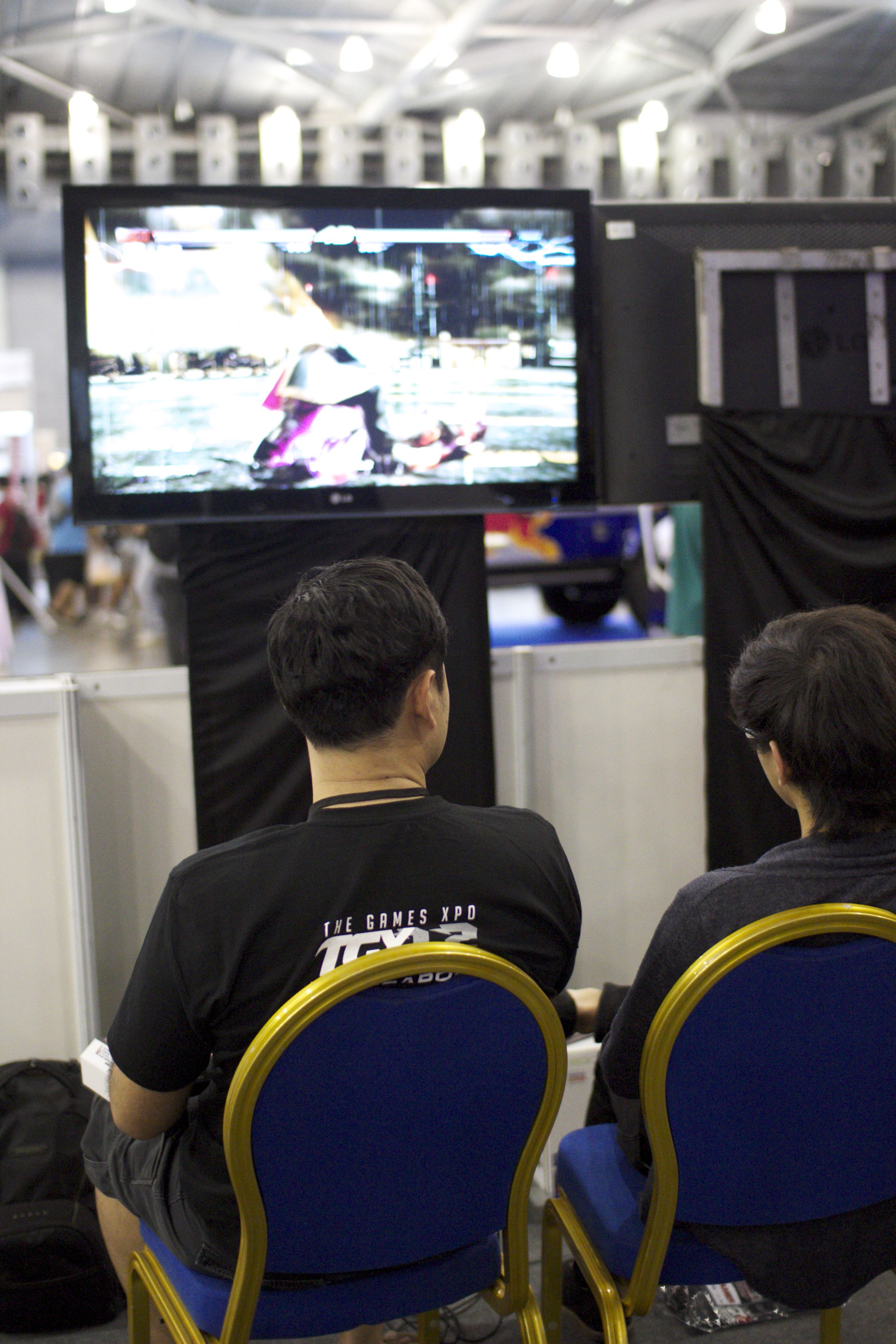 Last night, we witnessed three individuals take to the podium for placing top three at the ieSF Tekken 6 tournament in TGX.

This would be a laudable achievement, had there been more participants in the tournament. The ieSF Tekken 6 competition held at The Games eXpo 2012 drew a grand total of just, wait for it…three participants. That’s right – three.

Pre-TGX, the close-knit fighting game community had been rife with rumours of an international fighting game player coming down to the expo. Players also spoke repeatedly of a large fighting game tournament and presence.

These rumours died a disappointing death when RGB turned up at the venue and discovered that Tekken 6 was the only fighting game being played, and had been limited to just a single setup.

Community leader Christine ‘shikz’ Lay told us that information on the tournament had been disseminated via Tekken Zaibatsu, a popular online resource for Tekken players, and that Rapture Gaming had been in touch with her via email. However, she also added that she guessed nobody was interested since the tournament was for Tekken 6 and admitted only Singapore Citizens as participants.

Organisers Rapture Gaming declined to comment on the issue.

What do you gamers (especially those from the fighting game community), think?