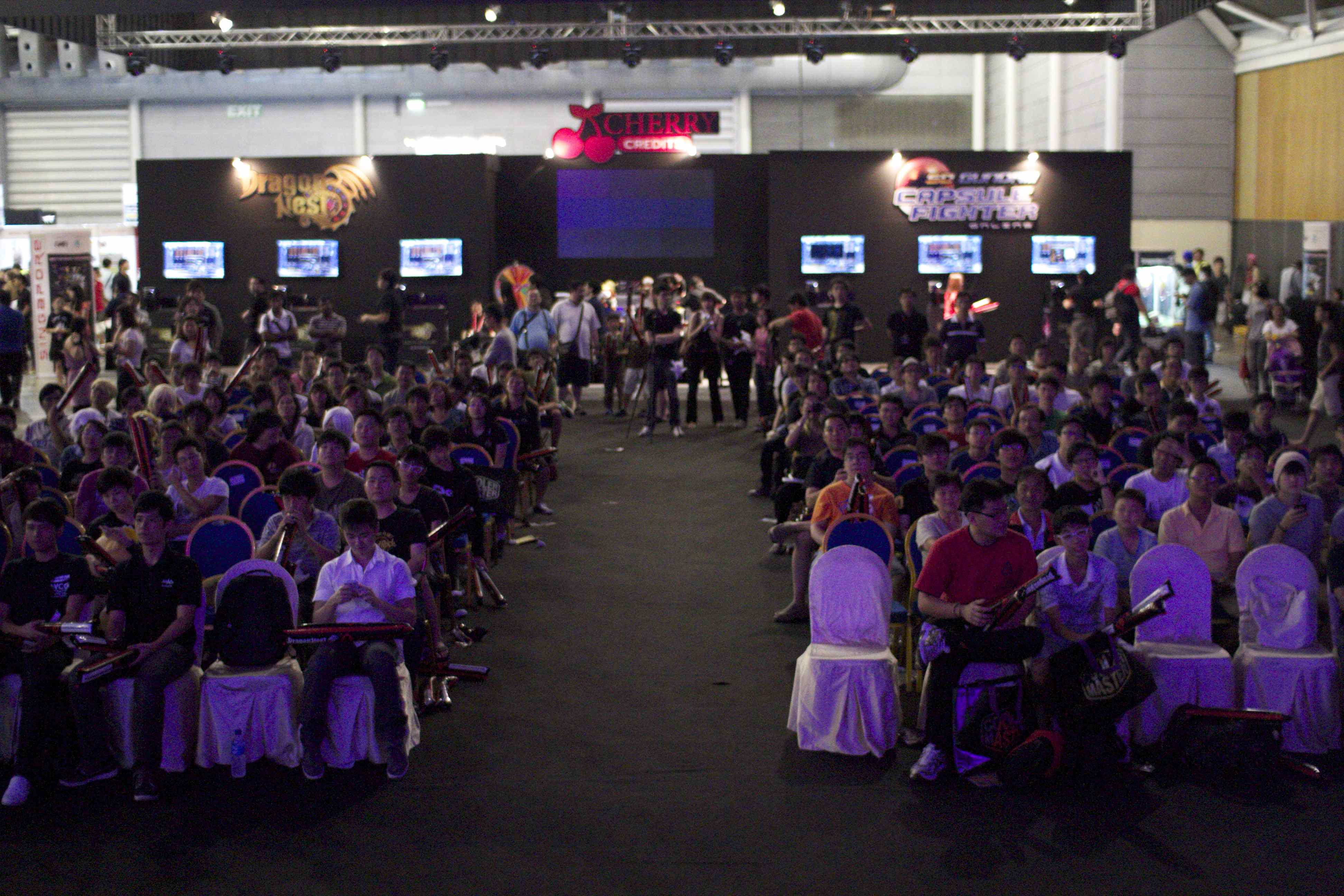 Singapore’s annual Games eXpo (TGX) was held last weekend, and while it is arguably the most publicised gaming event of the year, its thunder as a games expo was stolen this year by Shanda Games International.

The publishers of Dragon Nest SEA and SD Gundam Capsule Fighter Online were the stars of the show with the loudest and most prominent booth in TGX. Dragon Nest SEA Game Master Adriano, who doubled as emcee for the booth, conducted daily giveaways with an eager public. Apart from handing out Dragon Nest SEA plushies, lucky gamers were also gifted with on-disc game clients to encourage them to try out the game.

To make signups even more fuss free, Shanda Games International had situated computer terminals to one side of their booths. That way, new players would be able to immediately immerse themselves in the interactive world of Dragon Nest SEA.

Vice President and Producer of Shanda Games International, Addison Kang, was also present on the ground to interact with the Dragon Nest SEA community. While there was a noticeable lack of Dragon Nest SEA cosplayers compared to the Singapore Toys, Games, and Comic Conventions (STGCC), the crowd and community more than made up for it.

The audience turnout for the grand finals was one of the largest we saw at TGX. GM Adriano and Addison acted as crowd warmers, urging the audience to their left and right to root for their respective teams. Plushie giveaways were also conducted to fill the gaps in between matches, so as to keep the crowd riled up.

The cherry on top for the Dragon Nest SEA World Cyber Games Singapore Grand Finals was shoutcaster Arsey Nimz. The New Zealander’s well-narrated and perfectly-timed commentary made the Grand Finals more than a simple playoff between teams 2H1S and Wew.

More photos of Shanda Games at TGX 2012 can be found on our Facebook page.

Previous post Rayman Jungle Run Coming To iOS And Android
Next post TGX 2012: Was It Worth The Weekend?