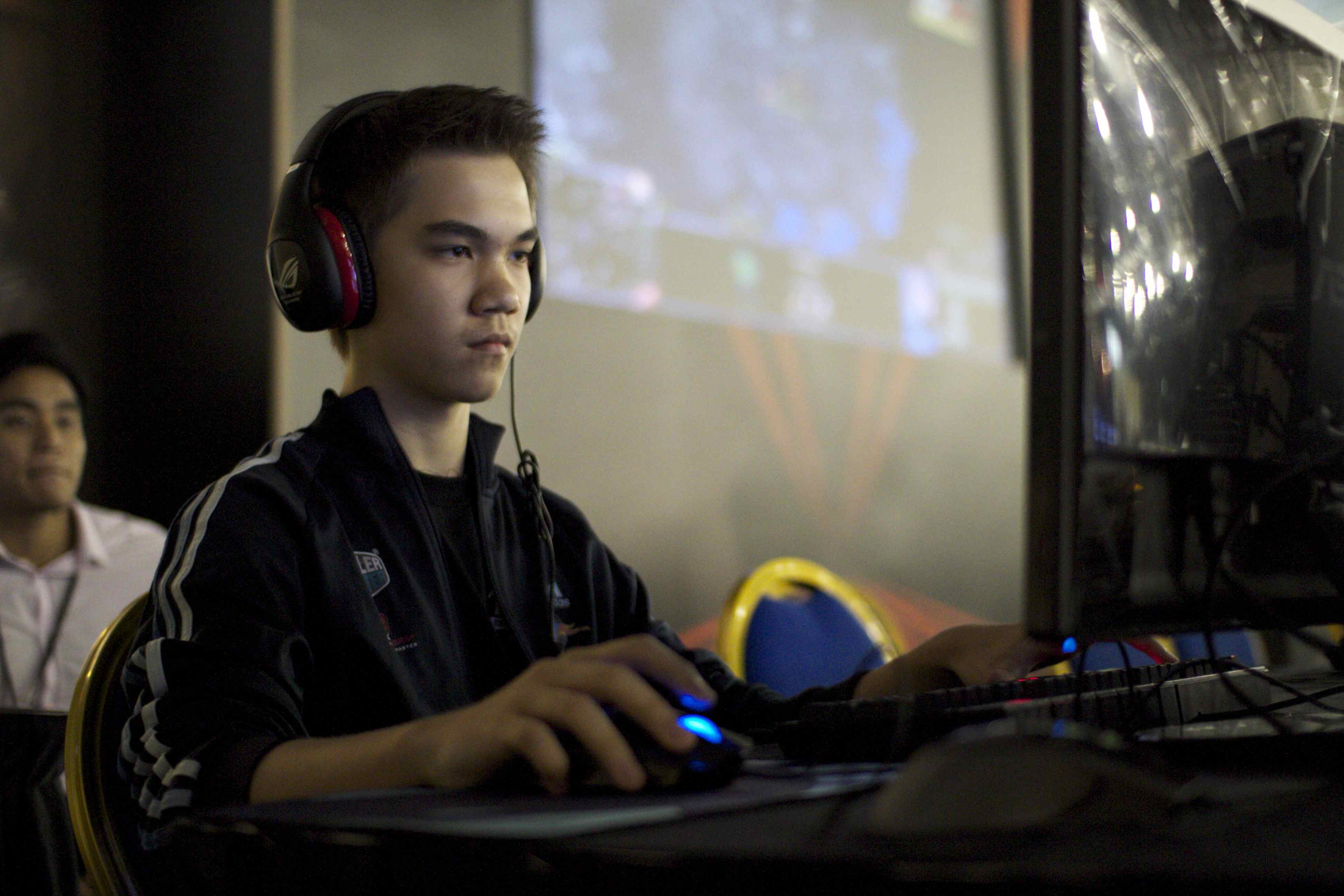 Thomas swept the Singapore qualifier finals from beneath Marcus ‘FlashRevz’ Tan’s feet with a score of 4-0. As a player from the losers’ bracket, Thomas had had to play an extra set in order to win against FlashRevz.

FlashRevz, better known in the StarCraft II eSports community as Revenant, had been a favourite to win the tournament; he even recently delayed his conscription into National Service in order to compete.

“I knew I was capable of beating [Revenant], but I never thought I’d win him in two straight sets,” Thomas told us after his matches.

The 17 year old of mixed Polish and Chinese parentage had been talent scouted by Flash eSports after he took games off Revenant at a local LAN tournament. As Thomas recounted his victory to his ecstatic teammates, we could see his hands shaking visibly with the adrenaline of his win.

Given that the Tokyo Game Show will be his first overseas experience, it remains to be seen whether his raw talent will withstand the pressures of international competition. Thomas will be competing against the top players from Japan, India, Vietnam, Thailand, the Philippines, Taiwan, and Australia.

However, Flash eSports had been building a reputation of picking – and creating – some of the best professional players Singapore currently has to offer, so we don’t expect to be disappointed.

Read more about Thomas ‘FlashBlitz’ Kopankiewicz in a recent interview we did with him.