TGS Impression: Driveclub VR should be played with a driving wheel 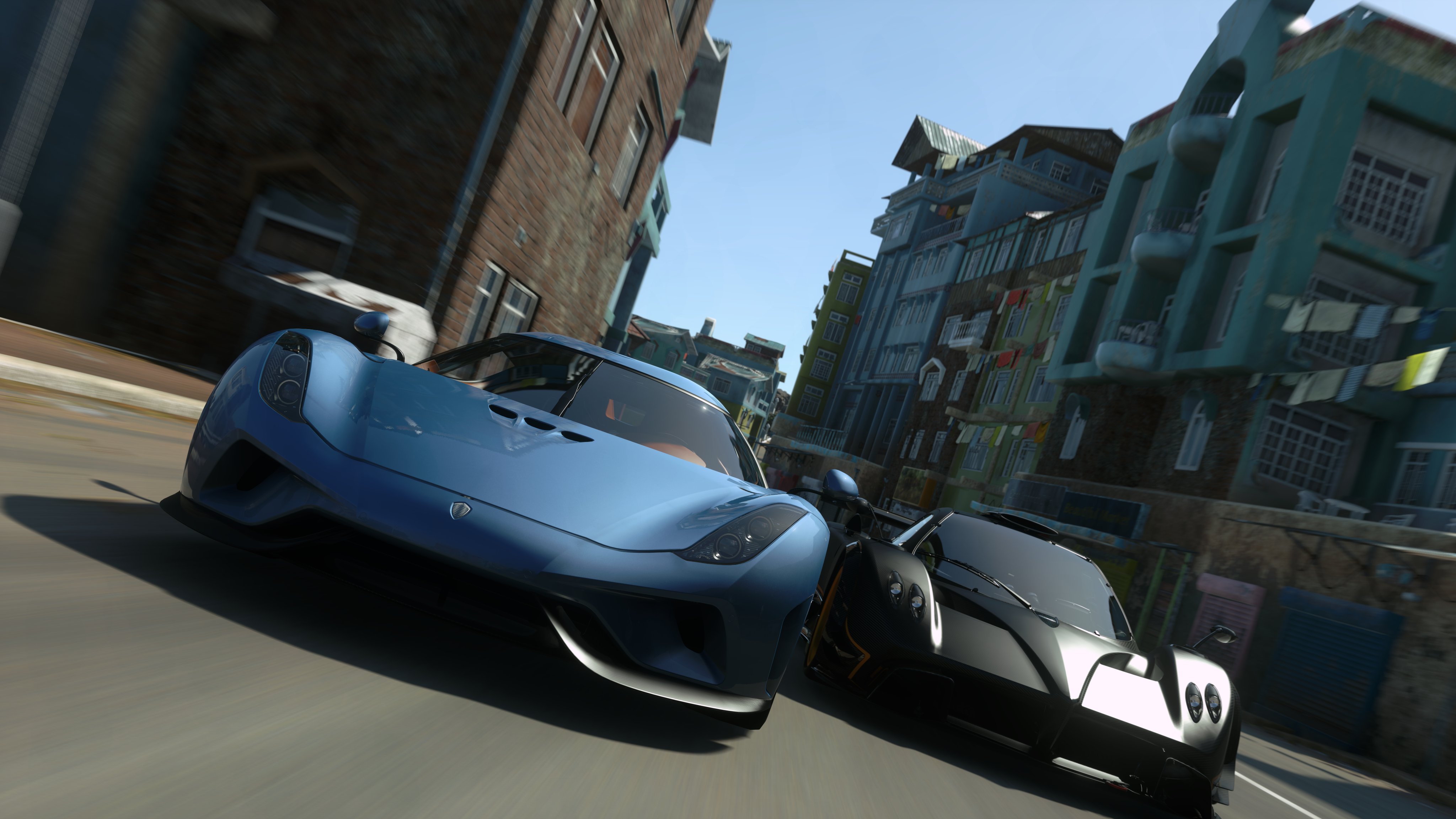 Driveclub is still one of my favorite racing game on the PlayStation 4, striking an excellent balance between realism and arcade racing. So when I got the chance to give the game another go on the PlayStation VR at the Tokyo Game Show, I did not hesitate.

The PS VR version of the game has almost everything that made the original Driveclub good, and the TGS demo also allowed members of the media to try the game with a Thrustmaster racing wheel. From the start of the demo, it felt natural and intuitive to glance at blind spots to keep tabs on other cars, and getting into the spirit of things was easy.

Racing games and space dogfighting are perhaps two of the best fit genres for virtual reality – at least for this first generation. Having a cockpit or a car interior to sit in and look around (as in Driveclub VR), acting as a frame of reference for you while the world whizzes past you is easier for your sensory to adapt to as compared to, say, a first-person shooter VR game; where your senses might clash with the lack of real physical movements.

There are key differences between Driveclub VR and the original though. Getting the game to run on the base PlayStation 4 hardware has meant that some sacrifices have had to be made. There are now fewer cars on tracks, down from 12 to 8, and even the visual details around the tracks have been reduced. Inclement weather effects have been removed too. These aesthetics culls were necessary to allow the game to hit at 60 frames per second though, as they are essential for VR.

The end result is that the game doesn’t look quite as good or as sharp in the PlayStation VR headset. 1080p is all well and good when on a TV screen a few feet away, but when it’s just inches away, it’s easier to focus on the pixels and the imperfections. But these shouldn’t distract you from the VR experience of the game.

Driveclub VR looks like it’s going to be one of the key Day 1 launch title for the PlayStation VR and after my experience with it, it’s not hard to see why.

Here’s a video of our experience with the game at a private Sony PlayStation VR session at the Tokyo Game Show floor.

Aaron Yip is an industry veteran with more than 15 years of experience. When not spending time on his gaming PC and consoles, he can be found in Hyrule solving ungodly puzzles and collecting gems.
Previous post 2D arcade shooter Super Slug now available for Southeast Asia
Next post TGS Impression: The Last Guardian is great and charmingly flawed