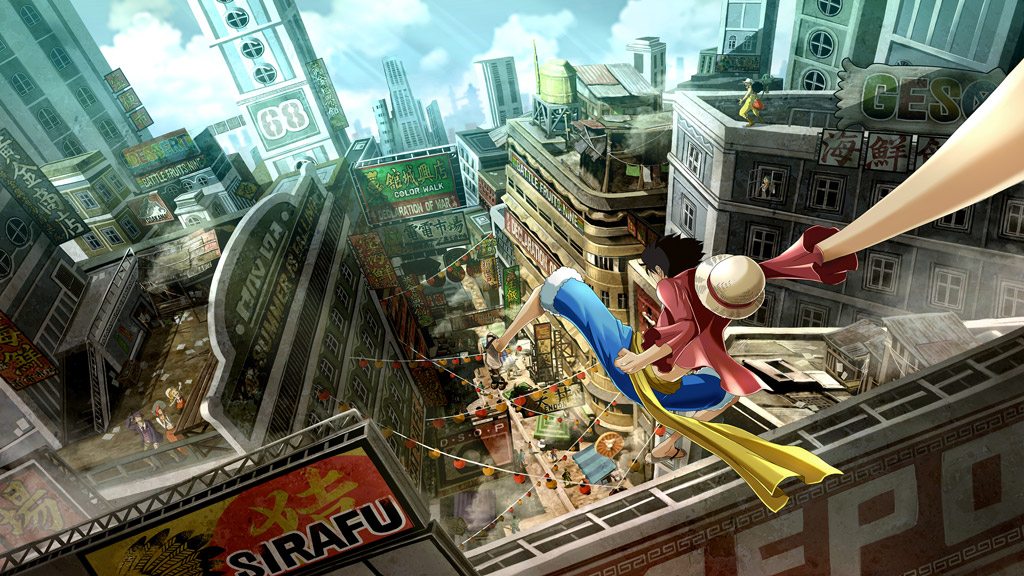 Tokyo Game Show hits us in full force this week, and Bandai Namco is already hitting the ground running by revealing a new trailer for its upcoming One Piece: World Seeker. And fans of the anime won’t be disappointed.

While past footage have shown us the game’s open world and combat, today’s video focused on the game’s story. You can watch it below.

The narrative of the game takes place in Jewel Island, a place where a devastating war was fought over valuable resources several years ago. The trailer didn’t explain how Luffy and the Straw Hat crew landed up there, but we learned that the place was quickly rebuilt post-war under the guidance of the authoritative Navy.

The residents of the island are split into two groups; the Pro Navy group, which welcomes the control and modernization, and the Anti Navy group who values the traditions of the island and rejects the Navy’s influence.

For fans of the series, the trailer also introduces two new characters: Jeanne, the leader of the Anti-Navy movement, and Issac, the Warden behind the Pro-Navy faction and antagonist of the game. The game looks very action packed here, and far more cinematic than what we’ve seen from past One Piece games. But we only see a small dose of gameplay here, and hopefully we’ll get to see more of it soon.

One Piece World Seeker will be released in 2019 on PlayStation 4, Xbox One and PC (via Steam).

Aaron Yip is an industry veteran with more than 15 years of experience. When not spending time on his gaming PC and consoles, he can be found in Hyrule solving ungodly puzzles and collecting gems.
Previous post Mastercard enters eSports with global League of Legend sponsorship
Next post TGS 2018: Take to the skies with Ace Combat 7