TGS 2018: Devil May Cry 5’s over-the-top gameplay videos are a joy to watch 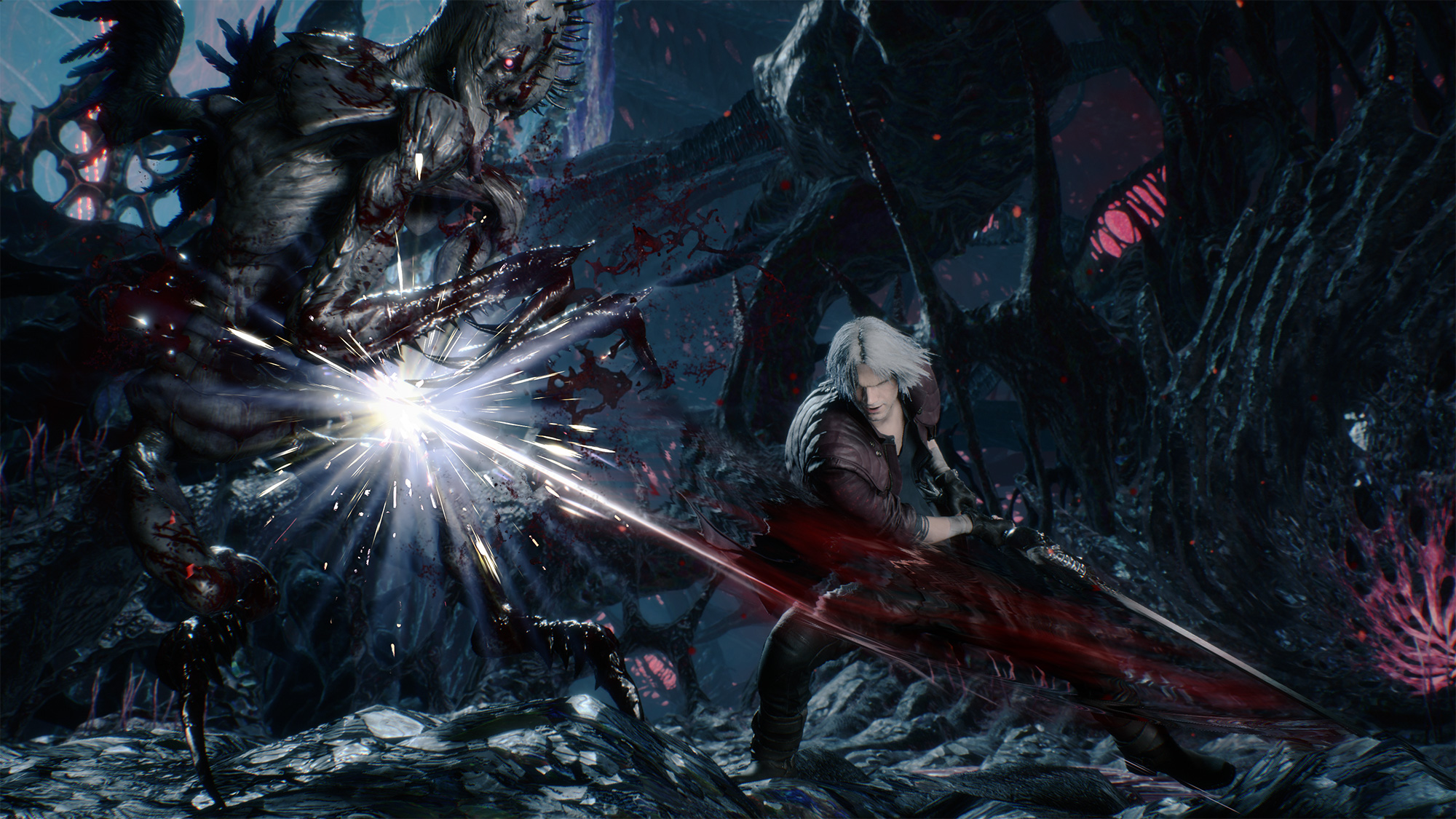 Nero was the star during Gamescom last August. So it’s only natural that this time we get to see what Dante has to offer. Multiple gameplay videos have surfaced from Tokyo Game Show and they were nothing short of over-the-top.

There’s a lot of significant information to be noted with the gameplay videos that have been uploaded so far.

It’s what’s to be expected from the series after all, but concerns were raised after the Nero gameplay showed that switching Devil Breaker arms were a little complicated.

Then of course, there’s the hard-to-miss motorcycle dual weapon that operates like a hybrid of a sword and chainsaws. The Cavaliere is clearly heavier and slower to use, but it does deal some pretty impressive damage and combos. That being said, Dante will have no trouble using it in the air. Dante can also ride it and do wheelies to inflict injury as well.

A couple of minor notes to add: Dante is also using Balrog, gauntlets that are reminiscent of his Lucifer weapon back in Devil May Cry 4. The mechanics aren’t entirely clear from the gameplay videos but the gauntlets light up in flames after a certain period of charging and/or consecutive hits.

The theme song during the battle is using Nero’s theme, Devil Trigger. Whether or not this will be replaced by a new Dante’s theme in the final game remains to be seen.

Dante now also has a couple of quips as he moves from one location to another. He seems to have a side-comment for every section of the level he’s in. It’s a small and welcome addition to the gameplay. Apparently, the man hates ruins.

Speaking of locations, the level that was featured is now distinctly more destroyed and morphed than the first one we saw with the Nero gameplay. Dante has to be a little more precise to squeeze through the small gaps of crushed ceilings at one point. Here’s to hoping this means no repeated levels like Devil May Cry 4.

And finally, there’s the boss fight that follows at the end of the video. Dante goes against a massive demon named Cavaliere Angelo in a relatively huge arena. Aside from using its sword, the boss can also teleport and use purple lightning similar to Nevan back in Devil May Cry 3.

The videos not only tease gameplay possibilities. There’s an intriguing cutscene right at the end of the boss battle which shows Trish being contained within the demon. After Dante picks her up and lays her down on the concrete, V then shows up calling out to him. Dante only tells him to take care of Trish before he hops back on the Cavaliere and moves on.

Never talk to Nadine about good games with good narratives. She may never stop talking. Other topics she can't stop talking about: games in general, really, consumer tech, and pop culture.
Previous post TGS 2018: What will we be watching? Day 4
Next post Telltale Games goes through “majority studio closure”