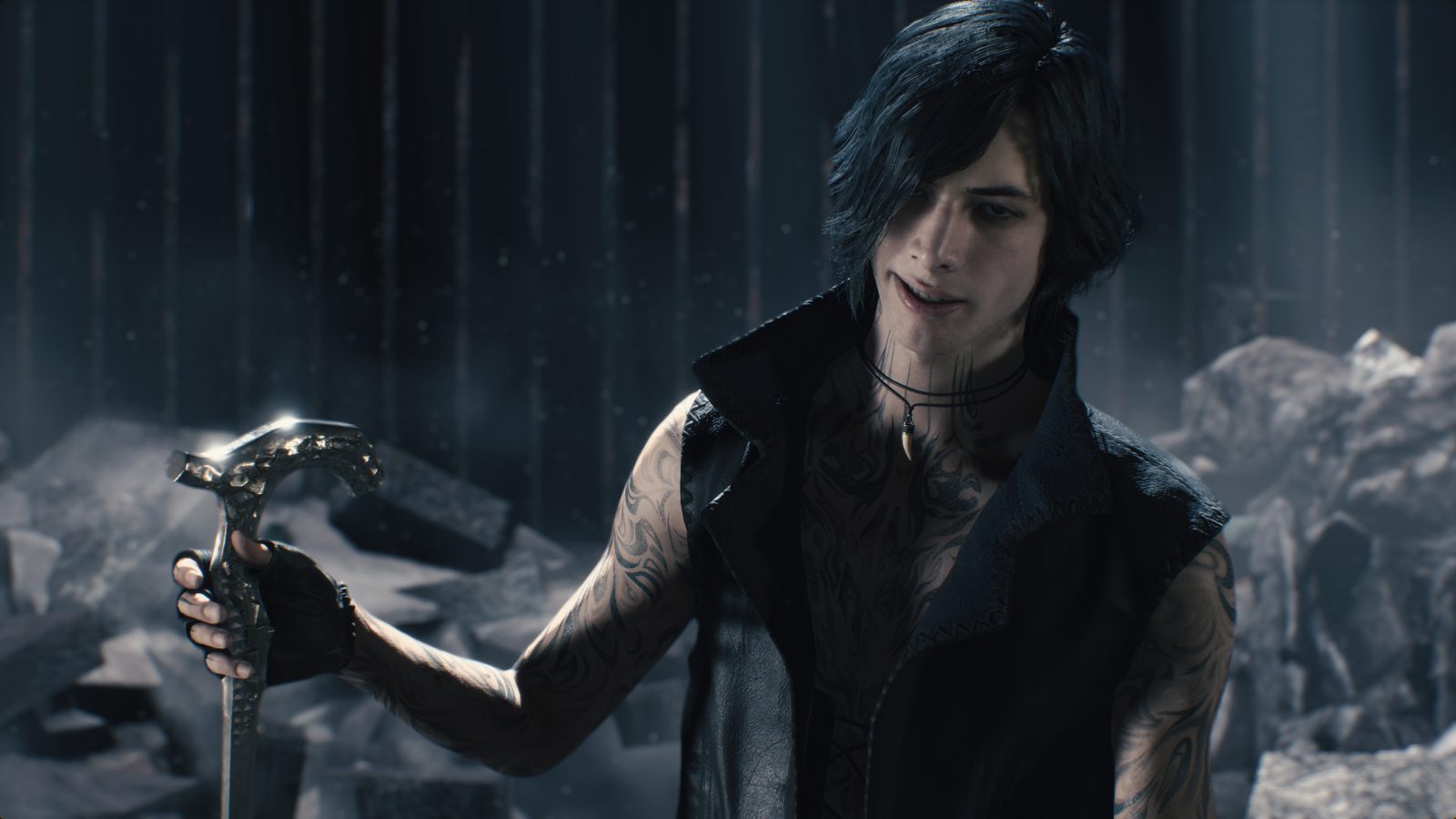 Capcom kicked off TGS 2018 earlier this week by teasing us with a new trailer for Devil May Cry 5 and revealing to us who the third playable character was.

At the Capcom Devil May Cry 5 stage event, we got to hear about the colourful characters within the game and some information about mysterious V from game director, Hideaki Itsuno. Itsuno-San was pretty tight-lipped when it came to V during the stage event. However, he did reveal some of V’s weapon of choice when asked by producer Matthew Walker. V’s weapons, according to Itsuno, are Staff / Baton, Swords and Books / Tomes.

This already gives us an idea as to the type of character V will be; my money would be on a caster/summoner type character who focuses on mid to long range combat but can still get up close and dirty with his sword. Beyond that, we also got a chance to see a live demonstration of Dante fighting a boss from the game called the Voltaic Black Knight, Cavaliere Angelo. The battle was electrifying, to say the least.

A bullet fired is better than two in the chamber
Previous post TGS 2018: Kingdom Hearts III *Spoiler* boss battle revealed
Next post TGS 2018: What will we be watching? Day 4