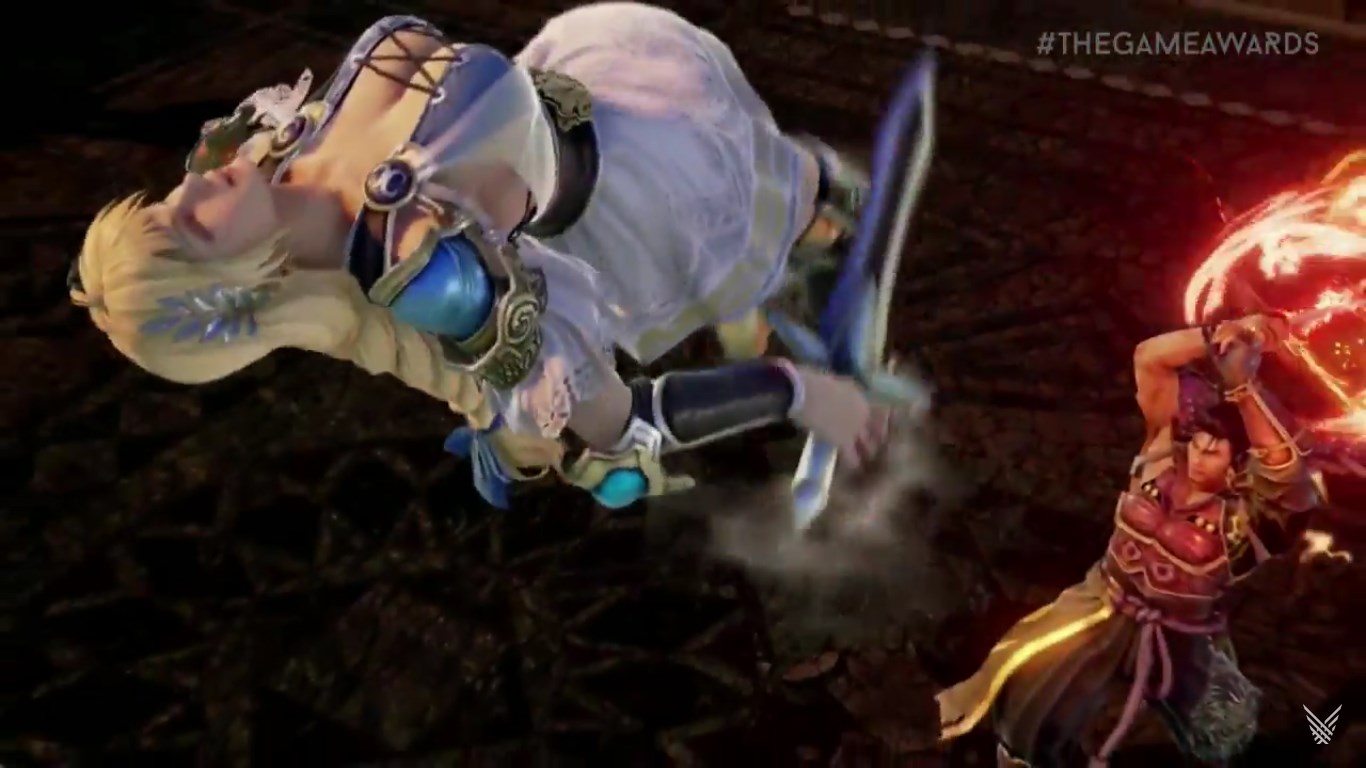 Bandai Namco’s Katsuhiro Harada and Motohiro Okubo both made an appearance at The Game Awards 2017, not for Tekken 7 but to surprise us all with Soulcalibur VI. It’s the first new entry after five long years, and it’s coming to PC, PlayStation 4, and Xbox One as early as 2018.

Okubo and Harada worked together on Tekken 7, as producer and director respectively — it was the first time the former had relinquished place as producer for the series, entrusting Okubo with the role.

“Working together with Harada-san, I felt a great responsibility to continue Tekken‘s legacy of delivering the most dynamic and hard-hitting action within the fighting game category. This was no easy task but I truly believe that we succeeded in fulfilling that goal,” said Okubo. “Utilising the lessons that I learned on Tekken 7, I am ready to fully take charge of a new project.”

And with that, he uttered the words that set the crowd roaring: “Do your souls still burn?”

The Soulcalibur series has long stood apart from its peers by offering a weapon-based fighting system set in a 3D level. Later entries introduced armor destruction as a visual and gameplay mechanic, strengthening the focus on the many storied weapons found in the game. The franchise actually started as an arcade game known as Soul Edge, ported and renamed for PlayStation in 1996.

It actually was popular enough to spark interest for a movie adaptation, yet nothing truly came out of it. The series itself stalled after Soulccalibur V‘s lukewarm release on PS3 and Xbox 360 in 2012, leaving many fans to fear for its future in the age of rising development costs.

Bandai Namco are returning to Unreal Engine 4 for development on Soulcalibur VI. Outside of the characters and levels featured in the reveal trailer, not much else is known at this time.

Ade thinks there's nothing quite like a good game and a snug headcrab. He grew up with HIDEO KOJIMA's Metal Gear Solid, lives for RPGs, and is waiting for light guns to make their comeback.
Previous post TGA2017: World War Z game announced
Next post TGA2017: Witchfire, a new dark fantasy game from The Astronauts