Xbox One system update out now, revamps Home and Guide 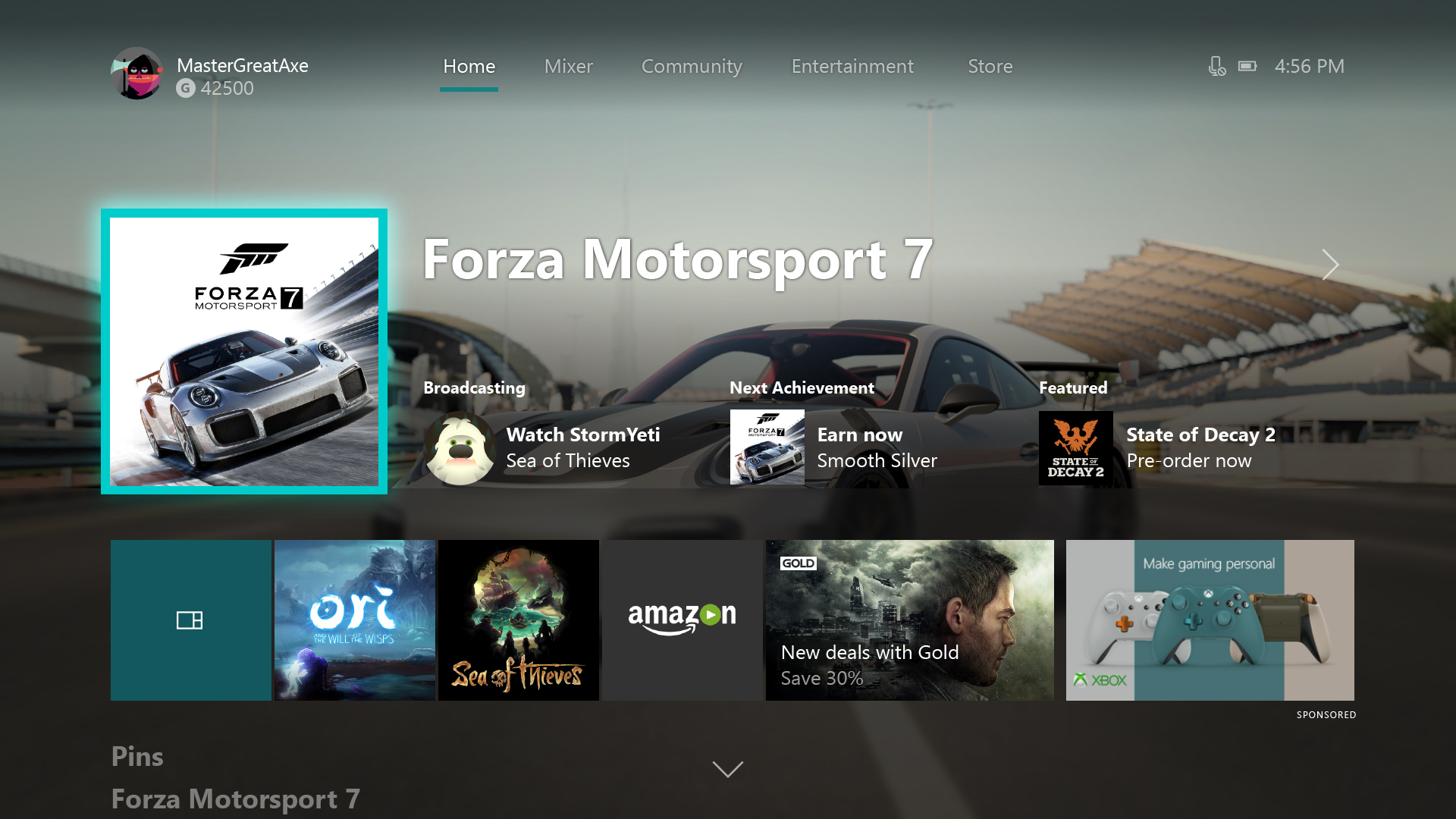 All Xbox One owners may now download the latest system update for their consoles. Dubbed the fall update, it was first released in Aug 2017 for Xbox Insiders to test and provide feedback. Ultimately, its designed to grant users a more relevant and customizable experience.

“As gamers, we like to play and watch content the way we want, with the people we want. With this update, our fans asked for more personalization options and we’ve put more control in their hands,” states the official announcement.

To recap, users can now personalize their Home screen with content blocks, with Xbox pulling relevant content such as activity feeds, ‘Looking For Group’ posts, or active friends. These blocks can be added, removed, or repositioned at any time to keep up with changing interests, and are available in dark, light, or high-contrast themes.

The Guide has also been given a complete makeover, with the new design being faster and easier to navigate. The team managed to include some context-sensitive actions too. For example, it’ll automatically open the party or broadcast sections if you happen to be in one, or display a flyout list of friends currently playing the same game.

Supporting the Xbox Arena is a new Tournaments section, which provides quick access to official and community tournaments that you’ve joined. Arena launched with fighting game Killer Instinct and has since grown to include other competitive titles such as World of Tanks and Injustice 2.

Other notable additions include a redesigned Game Hub, a new Community feed, an Xbox Assist App, a new Microsoft Store name and logo, as well as updates to player profiles, notifications, and screen dimming. Arabic and Hebrew languages have also been implemented to support the growing market.

Lastly, to prepare for the Xbox One X’s arrival in the US, players may begin bulk transferring files to an external drive for a quicker console transition. This includes downloading 4K content ahead of time, with an Xbox One X Enhanced filter in the store to browse what’s currently available.

Microsoft says they’re always listening to feedback, so feel free to toss them any ideas.

Ade thinks there's nothing quite like a good game and a snug headcrab. He grew up with HIDEO KOJIMA's Metal Gear Solid, lives for RPGs, and is waiting for light guns to make their comeback.
Previous post Vainglory team Infamous joins the Renegades family
Next post Razer may reveal their first smartphone on 1 Nov