Home / Breaking News / Windows Mixed Reality headsets will be affordable, easy to use, and compatible with Steam

Windows Mixed Reality headsets will be affordable, easy to use, and compatible with Steam 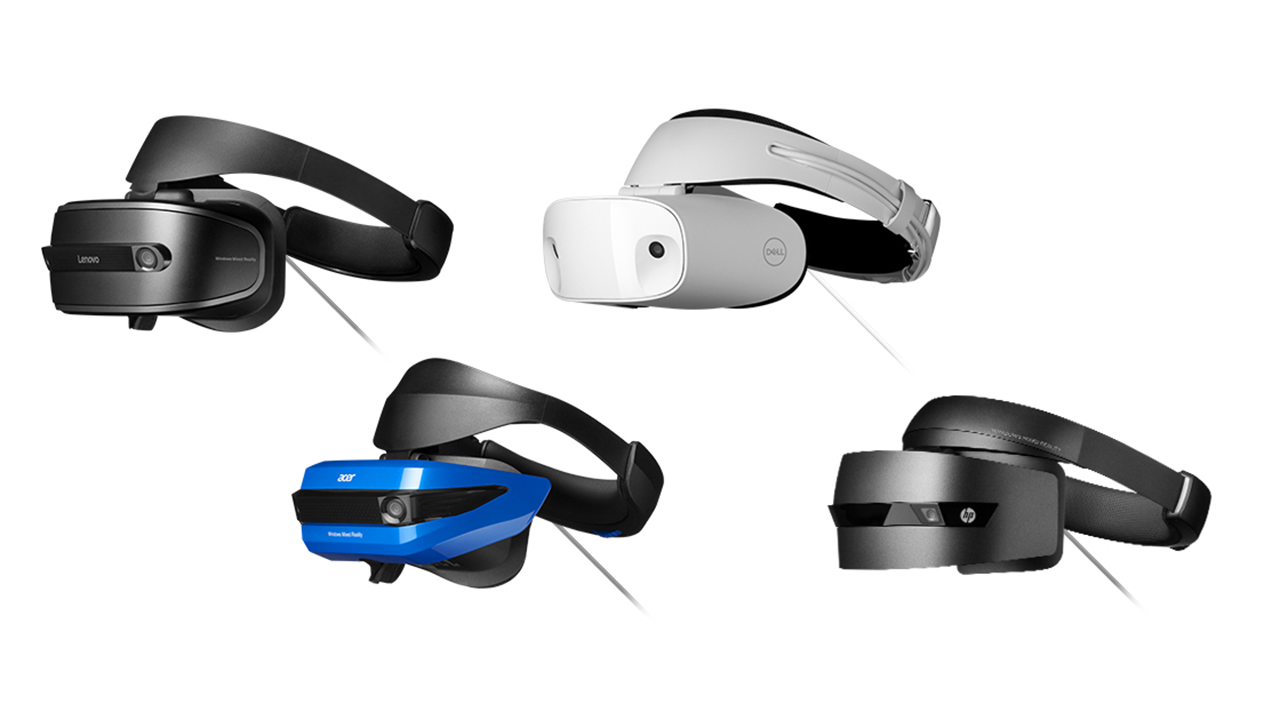 Microsoft is just about ready to storm the virtual reality sector this holiday season. A recent blog update outlined some tantalizing points for their Windows Mixed Reality headsets, to be produced by PC makers such as HP, Lenovo, Dell, and Acer. Touching on pricing, content, and integration, key takeaways include its low barrier of entry and Steam support.

To target the PC audience at large, bundles comprising of the headset and motion controllers will cost US$399 (S$539) onwards, placing it within the same price bracket as Sony’s PlayStation VR and, as of writing, the Oculus Rift. However, one advantage Windows Mixed Reality has over the latter is its convenience – all of its motion sensors are integrated, so no set-up time or room preparation is required. This plug-and-play nature alone is a huge plus, though they’ll still need to demonstrate good accuracy if they hope to entice the gaming crowd.

That affordability extends to compatible PCs as well. These same manufacturers will offer two types of pre-built PCS, each catering to different performance requirements. Headsets plugged into a Windows Mixed Reality PC will run at 60 FPS, whereas pairing with a Windows Mixed Reality Ultra PC boosts that framerate to 90. These models begin at US$499, which means someone getting into virtual reality from scratch could do so for less than a thousand US dollars.

Of course, entertainment devices are only as good as the entertainment it can run, and in this regard Microsoft has been welcoming both passive and interactive experiences. Gaming-wise we have titles such as Obduction (from the creators of Myst and Riven) and SUPERHOT VR (every bullet-time fan’s wet dream) representing third-party interest. First-party properties aren’t being ignored either, and they’re teasing “future Halo experiences” from developer 343 Industries.

Yet the biggest, and most welcome surprise, is Microsoft’s decision to partner with Steam rather than solely relying on the Windows Store. For one, they’ll be reaching out to a massive user base, one that’s still curious about VR and its future. The other, greater benefit is the steady stream of VR games launching on Steam’s marketplace, guaranteeing new owners a wide range of genres to explore during their honeymoon phase.

There’s still more that Microsoft needs to reveal, especially over the headset’s capabilities. There’s the matter of augmented reality games, which will showcase the key difference between their headsets and the virtual-reality-only competition.  There’s also the lingering question of whether it’ll work with Xbox One consoles in the future, and if developers are already experimenting with the idea.

More information on Windows Mixed Reality will be announced during IFA Berlin 2017 and in the following weeks.

Ade thinks there's nothing quite like a good game and a snug headcrab. He grew up with HIDEO KOJIMA's Metal Gear Solid, lives for RPGs, and is waiting for light guns to make their comeback.
Previous post Gran Turismo Sport PS4 bundle announced for $569
Next post GameStart 2017 grows in size and variety