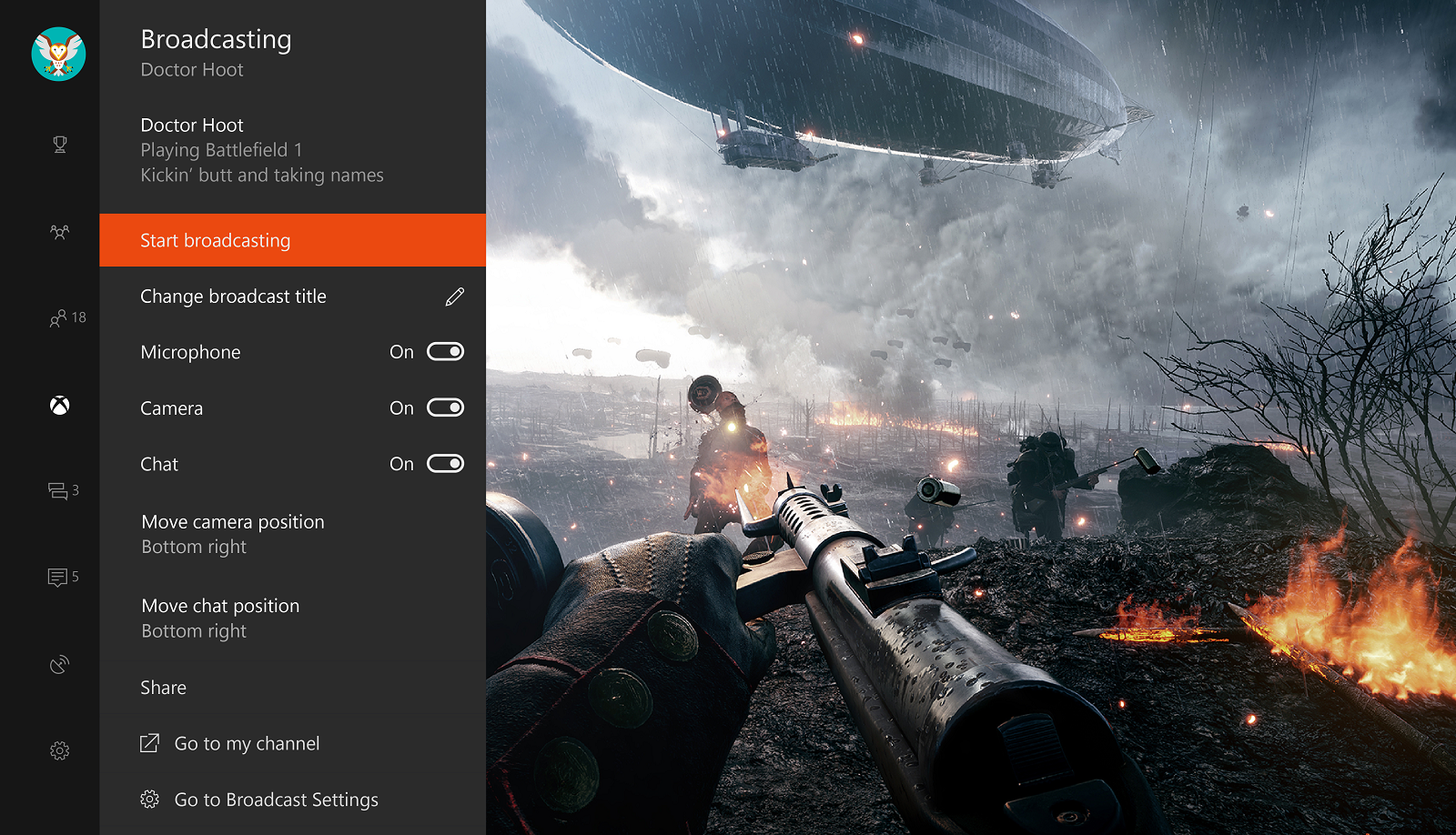 Microsoft has outlined some of the new features found in their massive Xbox One and Windows 10 patch, known as the Creators Update. These include a revamped dashboard for Xbox One, a dedicated Game Mode for Windows 10, and inbuilt game streaming via Beam. Insider program members will receive the update in waves over the next few weeks, with a full release slated for spring 2017.

Building upon the community-centric updates released last year, Microsoft are now giving the Xbox One system a boost in accessibility to both players and developers.

After the surprising launch of the Xbox Play Anywhere program, Microsoft is taking further steps to incentivize PC gaming on Windows 10 machines. As early rumors have revealed, they’re focusing on performance this time around.

The only new feature coming to both platforms is built-in support for Beam, a service Microsoft acquired in August 2016. They say it’s designed to get broadcasts up quickly, touting delays under one second thanks to their new streaming protocol called “FTL”.

It’ll pave the way towards real-time interactions between streamer and viewer, supplemented by interactive components such as sound boards. However, how it’ll hold up to abuse remains to be seen.

Those who’ve received the update may begin broadcasting via the Game bar (PC) or Guide (Xbox One).