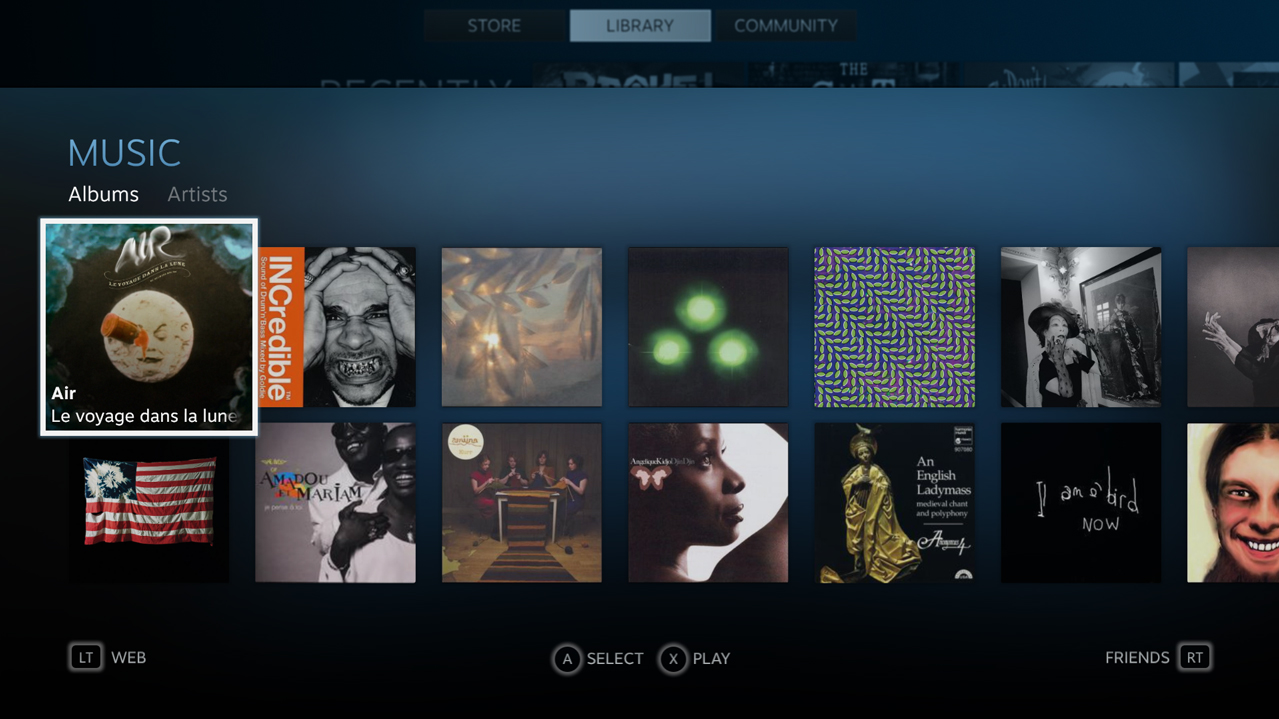 If they’re moving into the living room then they might as well cover all their bases. Valve has announced a new feature called Steam Music, allowing users to play their own music files while gaming. It’s not available just yet but anyone interested can sign up for beta participation.

Steam Music is headed to Big Picture mode and SteamOS, “with desktop features soon to follow.” Once your music collection is linked up it’ll be displayed as cover art tiles, in a fashion similar to iTunes and other media libraries. When in-game, playlists are easily accessible via the Steam overlay. For now, however, sorting seems limited to Albums and Artists, with no mention of a search feature.

As with previous new features, Steam Music will be rolled out in waves for beta participants. To express interest, simply join the official community group.

This isn’t something I’m personally keen on using but, judging from the community’s reception, it’s a welcome step towards the Steam Universe package. It sorely needs some sort of text input to filter music though, as scrolling lists with a controller sounds like a dreadful idea.

Expect more news from Valve this year as SteamOS continues its public testing (the latest beta build allows dual booting), with the Alienware Steam Machine slated for a September 2014 release.

Ade thinks there's nothing quite like a good game and a snug headcrab. He grew up with HIDEO KOJIMA's Metal Gear Solid, lives for RPGs, and is waiting for light guns to make their comeback.
Previous post Gunpoint Developer’s Next Game Involves Stealthy Spaceship Boarding
Next post ReROLL: A Game Set In A Replica of Earth