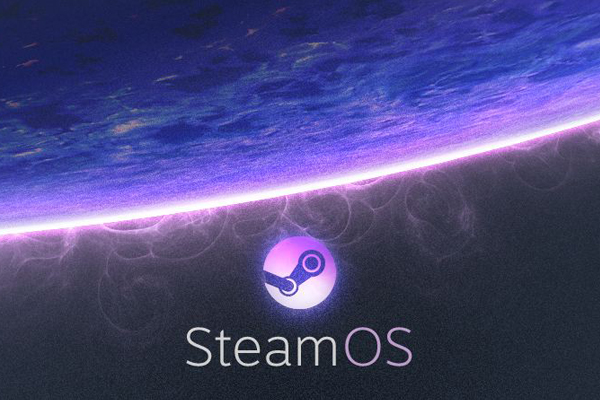 When Valve has an announcement the world tends to stop and listen, particularly if the PC gaming monolith has three of them to make. The first was made in the ungodly hours of this morning: SteamOS.

“As we’ve been working on bringing Steam to the living room, we’ve come to the conclusion that the environment best suited to delivering value to customers is an operating system built around Steam itself. SteamOS combines the rock-solid architecture of Linux with a gaming experience built for the big screen. It will be available soon as a free stand-alone operating system for living room machines.”

Not too big of a surprise there, but a new operating system is always a huge shift for both developers and users, who in this instance are all gamers. What does that mean for us? Valve says it’ll usher in a collaborative system.

“With SteamOS, ‘openness’ means that the hardware industry can iterate in the living room at a much faster pace than they’ve been able to. Content creators can connect directly to their customers. Users can alter or replace any part of the software or hardware they want. Gamers are empowered to join in the creation of the games they love.”

An exciting claim, no doubt, but without any specifics it’s hard to see whether it’ll pull off. Nonetheless, working in the boundless realm of Linux could result in tailored tweaks that would benefit us tremendously. Valve says that they’ve already “achieved significant performance increases in graphics processing” and are looking to improve on audio performance and input latency. More importantly, developers are already taking advantage of these system gains for their future releases.

But what of the old releases, the titles already in our overflowing Steam catalogue? No problem, they say, with “hundreds” of games already running natively on SteamOS. And since the focus is on the living room as well, we can simply stream games over our home network straight to the TV. That’s in addition to previously announced features such as Family Sharing and Steam Cloud, with things like media services (Hulu and Netflix?) on the way.

We’ve covered the major points but if you’d like to read the full page, you can do so here. SteamOS will be downloadable “soon” with more information in the coming days. It’s safe to assume that the second announcement later this week will be the much talked about Steambox. If that’s the case, could the third be a system-selling title? Half-Life 2 introduced Steam and the Source Engine to us, so it could be possible that the near-mythical third game brings SteamOS and Source 2 with it.  Does this sound about right to you, or is it just hopeless optimism?

There are still plenty of important questions floating around, of course. How easy would it be for the huge majority of users who’ve never tried Linux? Is SteamOS meant to be a parallel install to Windows/Mac for gaming? If not, what about support for non-gaming software? If so, having to switch around sounds awfully inconvenient.

Let’s hope Valve answers these and many others in due time. Who knows, this might just pass off as a next-gen transition for desktop gamers too.

Ade thinks there's nothing quite like a good game and a snug headcrab. He grew up with HIDEO KOJIMA's Metal Gear Solid, lives for RPGs, and is waiting for light guns to make their comeback.
Previous post Tokyo Game Show 2013: Deep Down is Free-to-Play, Randomly Generated
Next post Hands-On: ASUS Republic of Gamer Desktop