The Amazon Fire TV Is On Sale Now For US$99 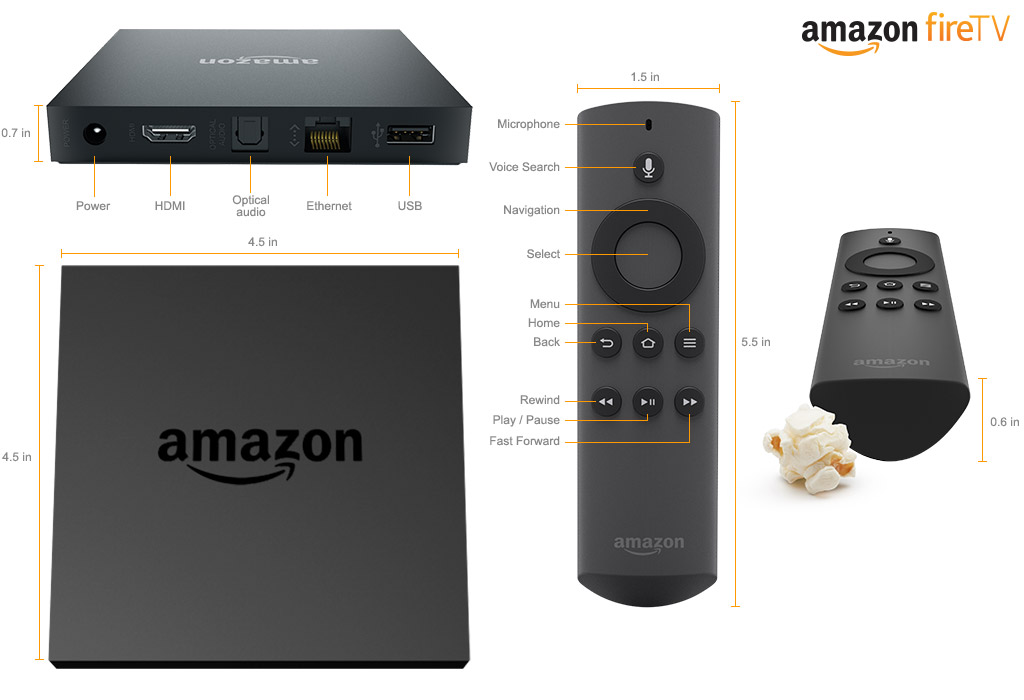 Alas, Amazon’s rumored entry into the living room space has finally been unveiled. Dubbed the Amazon Fire TV, the sleek device comes with a US$99 (SG$125) price tag and can be yours right now.

It turns out that the Fire TV, running on a modified Android system with HTML, is more of a media hub than a gaming console – not much of a surprise. It works like a set-top box, connecting directly to your HDTV and pumping it full of TV shows and movies from the likes of Netflix, Hulu, Amazon Prime and more.

This puts it up against other dedicated boxes such as the Roku or an XBMC/Plex set-up, depending on your needs. There’s already some debate over the functionality and specifications when it comes to that media role, but what makes the Fire TV slightly more unique is its secondary focus on games.

(There’s also the Voice feature via the remote, though it probably wouldn’t do so well outside of North America if past experiences are anything to go by.)

This is no Steam Machine, however. In terms of hardware we’re looking at something that’s like an updated Ouya with an added advantage: Amazon’s digital store. The selection isn’t exactly a treasure trove though they are offering Telltale’s The Walking Dead: Season One for free. The supplied remote can be used as a controller too; otherwise, a more traditional one can be purchased for US$39.99.

There’s a (nauseating) video commercial you can watch on the product page that’ll give you a better look at how it all works, and a comparison chart against some of its competitors.

The real interesting development here is that Amazon has hired game designers Kim Swift (Quantum Conundrum) and Clint Hocking (Splinter Cell: Chaos Theory). Together with Double Helix Games (Killer Instinct), all of them help make up Amazon Game Studios, whose products seem to look like this:

As the Amazon Fire TV supports the Plex media service I personally find it appealing, though acquiring a next-gen console would then make this unnecessary. Can anyone think of a situation where a person would need both?

In any case, farewell smartphones and tablets – the next consumer race is happening under our televisions instead.

Ade thinks there's nothing quite like a good game and a snug headcrab. He grew up with HIDEO KOJIMA's Metal Gear Solid, lives for RPGs, and is waiting for light guns to make their comeback.
Previous post Hearthstone Now on iPad, Reaches Southeast Asia Next Week
Next post Flying Bomohs