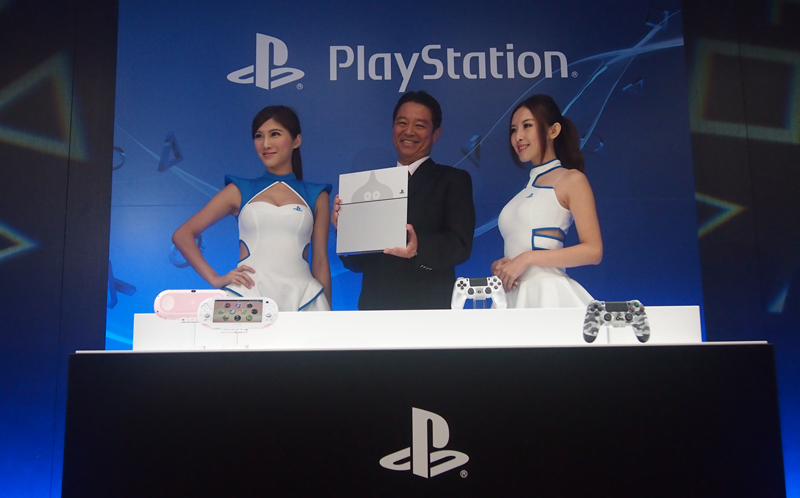 Thanks to a partnership with Sony, Square Enix’s next Dragon Quest series is coming to PlayStation 4 in a big way. In a Pre-TGS conference for Asian media, Deputy President Hiroyuki Oda revealed the Dragon Quest Metal Slime Edition console.

Bundled with Dragon Quest Heroes, it will come with a matching silver controller and a separate USB protective cover ‘metal slime’ that sites on the top of the console.

The console was specially design in collaboration with Square Enix. Launch date, pricing, as well as further details of the bundled items will be announced separately.

Here are more photos of the Metal Slime Edition console:

Aaron Yip is an industry veteran with more than 15 years of experience. When not spending time on his gaming PC and consoles, he can be found in Hyrule solving ungodly puzzles and collecting gems.
Previous post TGS 2014: More Coming To PlayStation By Year's End
Next post TGS 2014: Booth Girls Round Up