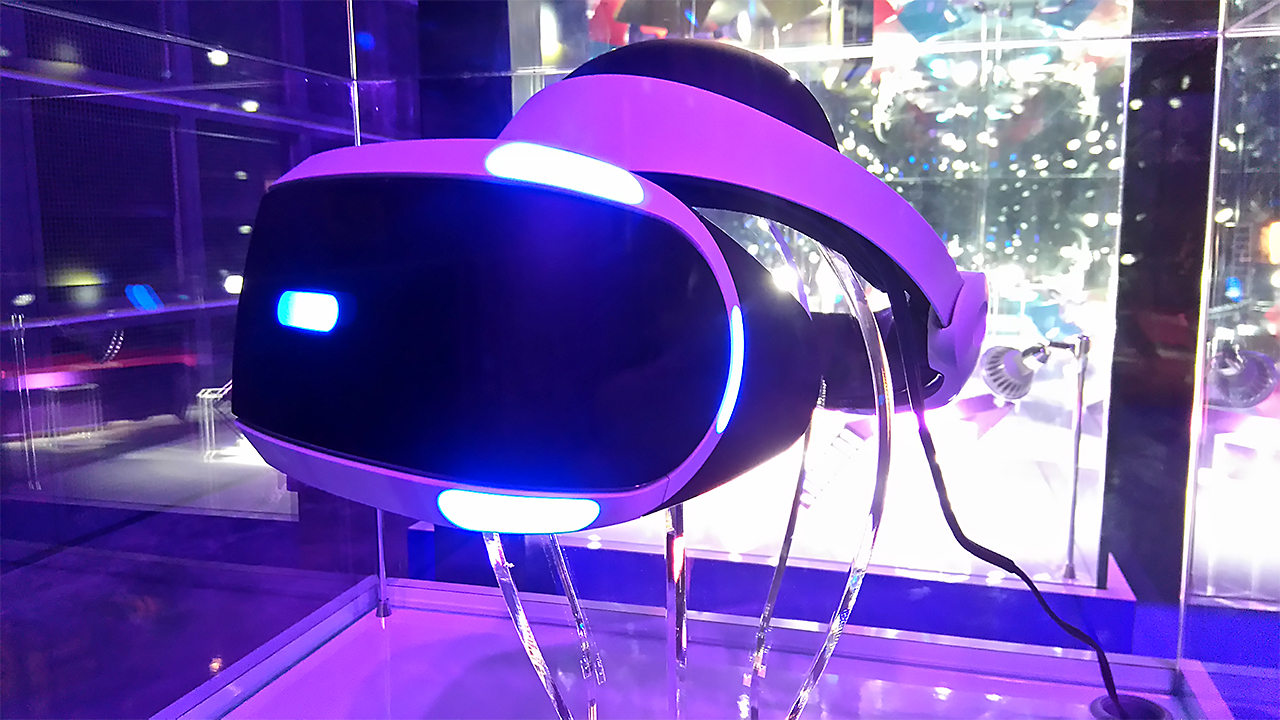 Laying hands on the PlayStation VR is a cathartic experience. Twenty months after it was first announced at GDC 2014 as Project Morpheus, Sony’s virtual reality headset has finally made its way to Southeast Asia after wowing audiences around the world. Here it was, the next big leap for gaming, tucked away in a dim corner of GameStart 2015. Was it truly ready?

We were fortunate enough to be scheduled for all demonstrations, and first on the list was The Deep by Sony Computer Entertainment (SCE) London Studio, a passive underwater journey involving a flimsy cage and an excessively affectionate shark. This was a perfect opener for the PlayStation VR, its slow start granting plenty of time to get used to the headset.

How it feels wearing the PlayStation VR A snug fit on both the headband and eyepiece is crucial in getting a sharp image. Even with glasses on, I wasn’t getting any light leakage or discomfort on the bridge of my nose – clearly this depends on the individual but, for what it’s worth, the headset was comfortable for me.

While lightweight it never really disappears from one’s perception. Initially this made me tilt and rotate my head in smooth, controlled motions, but as the suspense picked up I was turning round in my seat as fast as I could to keep eyes glued on ole’ Great Whitey; the PlayStation VR kept up admirably, my avatar’s headlamp tracking the massive beast as if light could scare it away.

On paper this was the 120Hz refresh rate, 18ms latency, and 100-degree field of view at work, alongside an accelerometer and gyroscope for motion sensing, plus 9 LED lights for positional tracking via the PlayStation Camera. In practice, it just felt fantastic.

Pairing up with PlayStation Move controllers

Pleased with both the headset and tech demo, we proceeded to the next order of business: on-rails shooter London Heist, also by SCE London. This time my avatar had hands, a Move controller representing each side, and I could pull the trigger to grasp things – I used this newfound power to toss a soft drink at my AI companion.

With an Uzi submachine gun and a full magazine in either hand, I proceeded to return fire at our assailants. As someone who spent his youth on Namco’s Point Blank/Gun Bullet, my accuracy in London Heist was utterly shameful. There seemed to be a disconnect between where I was pointing the controller in real-life and how that translated in-game, which was probably why they gave us automatic weapons. When in doubt, spray and pray.

In a weird design choice, I had to press a button with my thumb to fire the gun. Instinct tells me to use the trigger instead, thus I end up dropping the Uzi thrice. Thankfully, slamming in a fresh magazine felt really satisfying, and the geek in me can’t wait to see this adapted for games such as Receiver.

It’s no surprise that virtual reality lends itself really well to the horror genre, so of course Capcom had to cook one up called The Kitchen. It stars a knife and a bucket full of nope. Without spoiling things, I’m handed a DualShock 4 controller to lull me into a false sense of security, all the while wanting the demonstration to be over with already.

It needs to be said that Capcom didn’t set up anything elaborate here. The Kitchen only works due to how immersive PlayStation VR is, bringing players that much closer to the terror. There’s no screen to glance away from nor a comments section to scroll down to; instead, I’d have to completely turn my head away or shut my eyes, a far more physical reaction that only serves to make things worse.

A minor case of simulation sickness

Strangely enough, only Capcom’s The Kitchen left me feeling queasy and I’m not sure what to pin it on: the lower graphical fidelity, what felt like a lower framerate, or a combination of factors. I didn’t get the chance to try it again nor did I want to hog the station, but the fact that The Deep and London Heist – both involving movement – were perfectly fine leads me to believe that this was a problem with the demo itself.

Summer Lesson is everything you’d imagine it’ll be

Shown off pretty early, Summer Lesson by Bandai Namco puts you in the shoes of a tutor helping high school girls practice language. All the player has to do is nod or shake their head in response to questions, which is funny when you consider that the developer also makes Tekken.

It’s obvious the demo is meant to showcase the PlayStation VR’s head-tracking technology, and would make a good alternative for anyone with a shark phobia. Summer Lesson won’t be for everyone, though I’m sure this is an exciting opportunity for visual novel makers with high budgets.

However, I am wondering why two fairly similar experiences (this and Hatsune Miku) are representing the Japanese sphere of development. Imagine if Bandai Namco tapped on their Gundam license for a mecha simulator instead.

Given how painless and enjoyable our time with the PlayStation VR was, I’d say the headset is ready. There still are concerns: how easy would it be to wear without supervision, how much room is necessary to safely use it, and just how long can one have it on before fatigue and strain sets in?

Most important of all, will there be enough software at launch to support it, lest it suffer the cyclical issue of poor consumer adoption leading to even fewer games. And the keyword here is games, as only London Heist (where was EVE: Valkyrie?) had the strongest appeal for core audiences. Virtual reality goes beyond just video games, of course, but with the PlayStation brand tagged to it Sony’s VR headset has expectations to fulfill.

A highly uncertain future but a promising one at that. The PlayStation VR is expected in the first half of 2016 although Sony hasn’t announced a price yet. Perhaps they’ll do so at PlayStation Experience on 5–6 December. Either way, we’ll be eagerly watching.

Ade thinks there's nothing quite like a good game and a snug headcrab. He grew up with HIDEO KOJIMA's Metal Gear Solid, lives for RPGs, and is waiting for light guns to make their comeback.
Previous post GameStart 2015: A Success For All
Next post Three reasons why Star Wars fans should play Star Wars: Battlefront