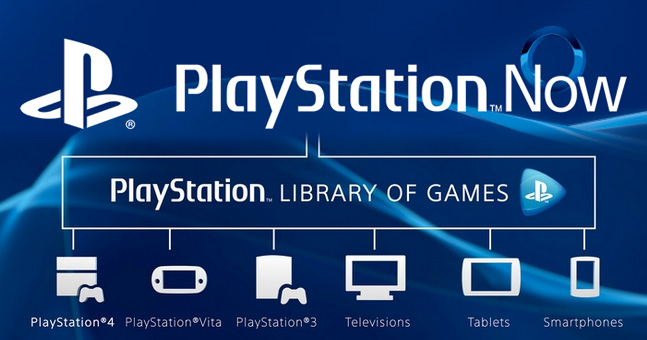 Sony has unveiled its true form of their planned cloud gaming service that will stream PlayStation 3 and other legacy games during their CES 2014 keynote.

PlayStation Now will allow instant access to PlayStation, PlayStation 2 and PlayStation 3 games not only just on PlayStation hardware, but also on smart TVs, tablets and smartphones (The Last of Us, running smooth like butter on your tablet, oh yes!). This means gamers in the near future can now drop their game on the way out of the house and pick it up on their portable devices around a Wi-Fi connection anytime they want.

PlayStation Now will be available as a subscription-based service as well as a pay-by-title model. A closed beta of the service will launch in the US this month, with complete rollout from Summer 2014.

The company is offering a preview of the service at the CES showfloor with Sony BRAVIA TVs and PS Vitas running The Last of Us and Beyond: Two Souls. Sony acquired the Gaikai game streaming service back in 2012 in anticipation for the now-released PlayStation 4.

Previous post Razer Shows off Modular PC and Smart Wristband at CES 2014
Next post Valve's Steam Machines at CES 2014: There's One For Everyone