Sony Broadens Their Reach with the PlayStation Vita TV 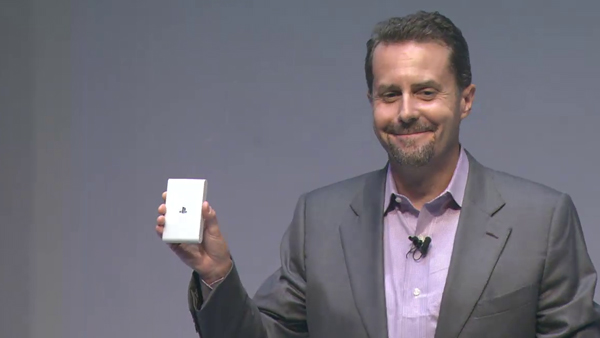 Sony describes it as a system that will “allow users to easily access video services, games and various content on their TV” simply by connecting it to the home network. With a size of only 6.5 by 10.5 centimetres, the small device almost looks like an Apple product with its white shell and rounded ends.

When it comes to games, the Vita TV can draw upon a library of titles old and new. That can mean playing upcoming releases like God Eater 2 or reliving classics such as Final Fantasy IX. With support for up to two DualShock 3 controllers, you could easily play the multiplayer ones too.

A Vita card slot is available for physical games, whereas 1GB of internal memory – which can be expanded using a memory card – will be used for downloads. As expected, the system can benefit from a PlayStation Plus membership.

If there’s a PlayStation 4 console in the house, the Vita TV can be used as a remote play device. This feature would probably be one of the leading reasons why a core gamer would want the Vita TV, as it allows you to seamlessly switch between the larger living room television and the smaller bedroom set without having to move the PS4 console around.

The availability of video services will depend on the region, but for the Japanese market there’ll be a spread of local and overseas services to choose from, examples being niconico and Hulu. Sony says it will continue to broaden the feature over time. It looks like Sony wants to reach for a wider audience too. The Vita TV sounds perfect for the very demographic that Ouya is appealing to, but with the massive advantage of being linked to the PlayStation brand, including its games and video services. The decision to go with a white-looking device is odd, however, as black would probably match most household living rooms better.

Japan will be the first country to receive the PlayStation Vita TV, which launches on 14 November this year for ¥9,954 (SG$126).

Are you hoping to see this in your region too? Let us know why in the comments!

Ade thinks there's nothing quite like a good game and a snug headcrab. He grew up with HIDEO KOJIMA's Metal Gear Solid, lives for RPGs, and is waiting for light guns to make their comeback.
Previous post New PlayStation Vita Detailed, Releases in Oct for Japan
Next post Race Over 25 Licensed Cars in 2K Drive