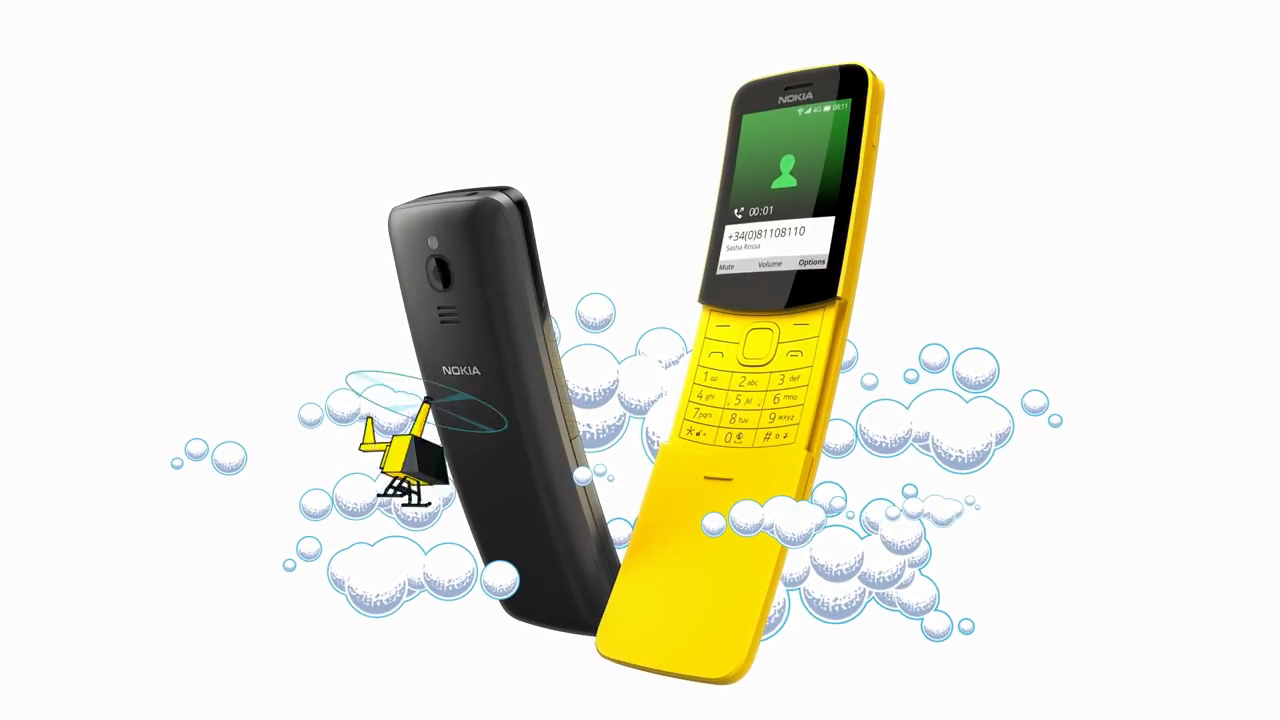 Last year, an entire generation of mobile phone users were gripped by nostalgia when HMD Global announced a modernized Nokia 3310. If the meme-creating icon didn’t quite do it for you, then perhaps the new Nokia 8110 4G will. While it sports up-to-date internals and an all-new version of Snake, it retains the slider phone design first two decades ago.

Dubbed the “banana phone” due to its slight curvature, the Nokia 8810’s most prominent design feature is its spring-loaded front cover, which slides downward to reveal the keypad underneath. Opening that cover was a recognized tactile action too, automatically answering any incoming call. A Nokia flagship, it shot to fame after being used in 1999’s The Matrix — before turning into Neo, Thomas Anderson (Keanu Reeves) whips it out at his office cubicle to receive a life-changing call from Morpheus (Laurence Fishburne). We later get a slo-mo close-up as the phone falls out of Anderson’s hand as he shimmies across the side of the building.

HMD Global’s modern take gets rid of the external antenna, while replacing the monochrome LCD with a 2.4-inch QVGA (320×240) color display. Other updates include the move to 4G, QualComm’s 205 Mobile Platform (MSM8905 Dual Core 1.1 GHz), 512MB of RAM, as well as KaiOS to power all our current-day needs such as Gmail, Outlook, and Facebook. The battery may only be 1,500 mAH but that’s enough to keep the phone running for weeks — up to 25 days of standby time. Sliding the cover close now ends the call.

Thanks to is shape, those needing a quick fidget can have the phone “spin helicopter style on its axis.”

While it does say that it comes with a “revamped” version of Snake, they haven’t expressly stated whether it’s newer than the Snake that came with the Nokia 3310 3G.

Available in Traditional Black and Banana Yellow, the Nokia 8110 4G releases in May for a global average retail price of €79 (approximately S$128), excluding taxes and subsidies.

If you’re looking for a full-featured smartphone instead of a retro-fueled companion, then consider the four brand new models in line: the budget-friendly Nokia 1 (€85), the updated New Nokia 6 (€279), the mid-range flagship Nokia 7 Plus (€399), and the premium ultra-compact Nokia 8 Sirocco (€749).

The Nokia 1 features switchable Xpress-On covers for added customization, while the New Nokia 6 touts a smaller, more durable body and faster components running Android Oreo. Shutterbugs may buzz towards the Nokia 7 Plus for its Zeiss optics and dual cameras, one of which is a wide-angle 12MP while the other is a 13MP with 2X optical zoom.

Their priciest option, the Nokia 8 Sirocco, opts for a stainless steel body encased in Gorilla Glass 5 for luxurious looks, weighted balance, and durability. It packs the same dual cameras as the 7 Plus, while also supporting 24-bit audio playback and Qi wireless charging.

More information on the four new smartphones can be found at the official site.

Ade thinks there's nothing quite like a good game and a snug headcrab. He grew up with HIDEO KOJIMA's Metal Gear Solid, lives for RPGs, and is waiting for light guns to make their comeback.
Previous post Nvidia updates driver for Final Fantasy XV, Warhammer: Vermintide 2, and World of Tanks
Next post Broly and Bardock set to join the Dragon Ball FighterZ cast, Feb patch details revealed