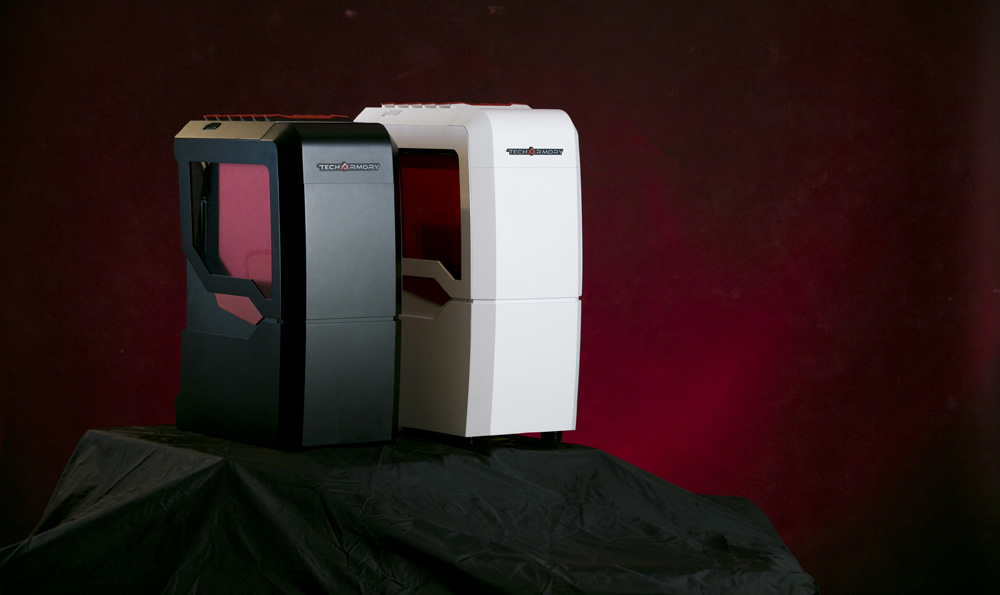 When it comes to building a custom computer, the choice between liquid- or air-cooling can be a confusing one. Yet unbeknownst to many lies a third, more exotic option: submersion cooling. Why fuss over internal airflow or potential leaks when you can just dunk the whole thing and be done with it? Typically the domain of data centers and the adventurous, Singapore startup Tech Armory wants to bring consumers in on the party. And, unlike other companies, their Gladius will take “risk” and “mess” out of the equation.

The principal idea behind Tech Armory’s design is what they call ‘The Anima System’, a combination of mineral oil submersion and a chassis – “constructed from an aircraft-grade aluminium alloy” – that dissipates heat without any fans or radiators. Together they achieve a “compounded cooling effect 40 times greater than that of air cooling” and a noise output less than 15 decibels. Your friend whispering in jealous admiration would actually be louder.

Liquid submersion cooling hasn’t taken off beyond the DIY community simply because it suffers from a problem Tech Armory claims to have fixed. The Capillary Effect causes mineral oil to travel along wires and out the other end (fountain pens make use of it), leaving behind slick mice and keyboards. Not anymore, it seems. Furthermore, as the Anima System is air-tight there won’t be any evaporation to deal with, which also has the added benefit of making it dust-free. Farewell, maintenance!

This is where Indiegogo fits in: for US$2,788 (approximately SG$3,522), backers will receive a Gladius* etched with their name on the side. That’s a US$700 discount off retail and the opportunity to influence Tech Armory’s future. As the PCs are effectively sealed, all upgrades and repairs will have to go through them; on the bright side, servicing will be done on the spot. Besides, at 25 kilograms, you wouldn’t want to move it around much.

*For hardware specifications refer to their Indiegogo page, which also includes cooling comparison charts. Note that components will update to their latest models prior to shipping.

The three-person team, led by CEO Bryan Khoo, aims to raise US$100,000 within the next 35 days. Having taken Bronze at 2013’s SiTF (Singapore infocomm Technology Federation) Awards for General Application, all they need now is a show of demand and feedback from the community.

With the PC market buzzing from what the near-future holds, perhaps it’s time to get a new rig? As someone who struggles with dust on a weekly basis I find this appealing, though I’m interested to see what their future upgrading plans will look like.

Ade thinks there's nothing quite like a good game and a snug headcrab. He grew up with HIDEO KOJIMA's Metal Gear Solid, lives for RPGs, and is waiting for light guns to make their comeback.
Previous post Speedrun Community Raises over US$1 Million for Charity
Next post SimCity Going "Offline", But Not In A Bad Way