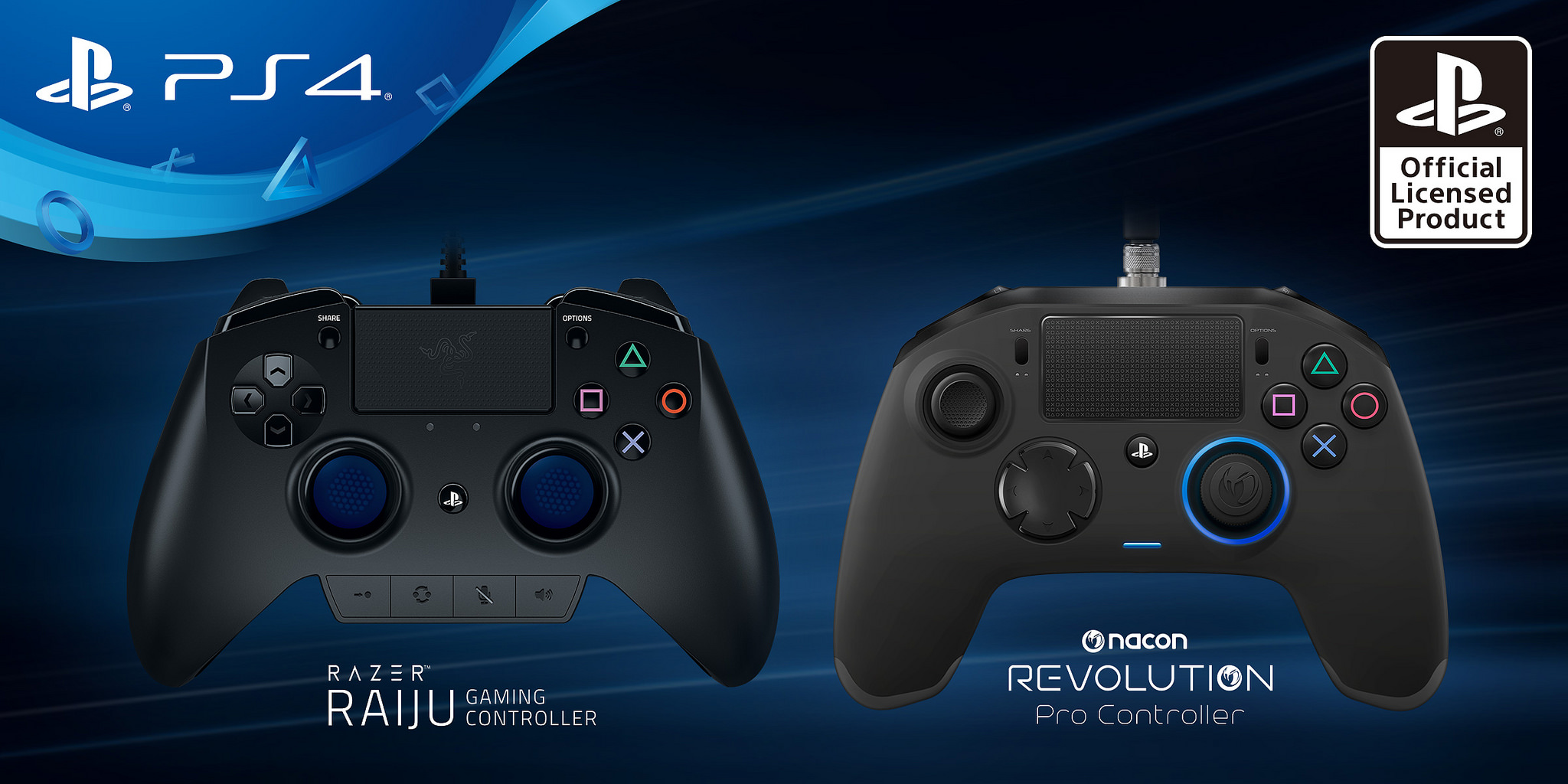 Sony has announced the Razer Raiju and Nacon Revolution Pro, official third-party controllers designed for competitive gamers. The two devices will be compatible with both the PlayStation 4 and PlayStation 4 Pro and are slated to release later this year.

Revealed on the EU PlayStation Blog, Sony explains that they want to give competitive and pro players more choices when it comes to peripherals. As an official product, they’ve collaborated closely with the manufacturers to incorporate DualShock 4 functionality as well as plug and play support for both consoles.

The Razer Raiju adds a front-facing control panel for voice chat, two extra bumpers, and two extra detachable triggers. Those triggers come with stop switches and a hair-trigger mode for increased response times. Also detachable are the analog stick rubber caps, clad in a blue texture that’s found on the back of the controller too. It all comes packed with two custom profiles that can be instantly switched or modified.

On the other hand, the Nacon Revolution Pro better resembles the famed Xbox Elite controller. Other than the swapped directional pad position, it comes with four extra buttons on the rear and six additional weights tucked inside the grips. Four custom profiles allow users to re-map buttons, assign macros, and adjust analog and trigger sensitivity.

Notably, both controllers are wired – they come with a 3m-long cable that’s only detachable for storage. It also appears that they don’t have a glowing light bar, which restricts its use from a small percentage of games but, ultimately, is of no consequence to the professional gamer.

What will be important, however, is how these controllers feel after hours on end. Going by first impressions, the Razer looks awfully cramped with that control panel jutting out of it. There’s also the question of trigger durability, an issue often raised by DualShock 4 users.

No prices were listed in the announcement nor on the respective product pages.

Sony says that the Razer Raiju and Nacon Revolution Pro will be available “this holiday season” in the SIEE region. We’ll be keeping an eye out for any Asia announcements.

Ade thinks there's nothing quite like a good game and a snug headcrab. He grew up with HIDEO KOJIMA's Metal Gear Solid, lives for RPGs, and is waiting for light guns to make their comeback.
Previous post Final Fantasy XV’s Moogle dolls are actually squeaky decoys
Next post Sony’s Limited Edition “Naruto” Walkman and Headphones are beautiful