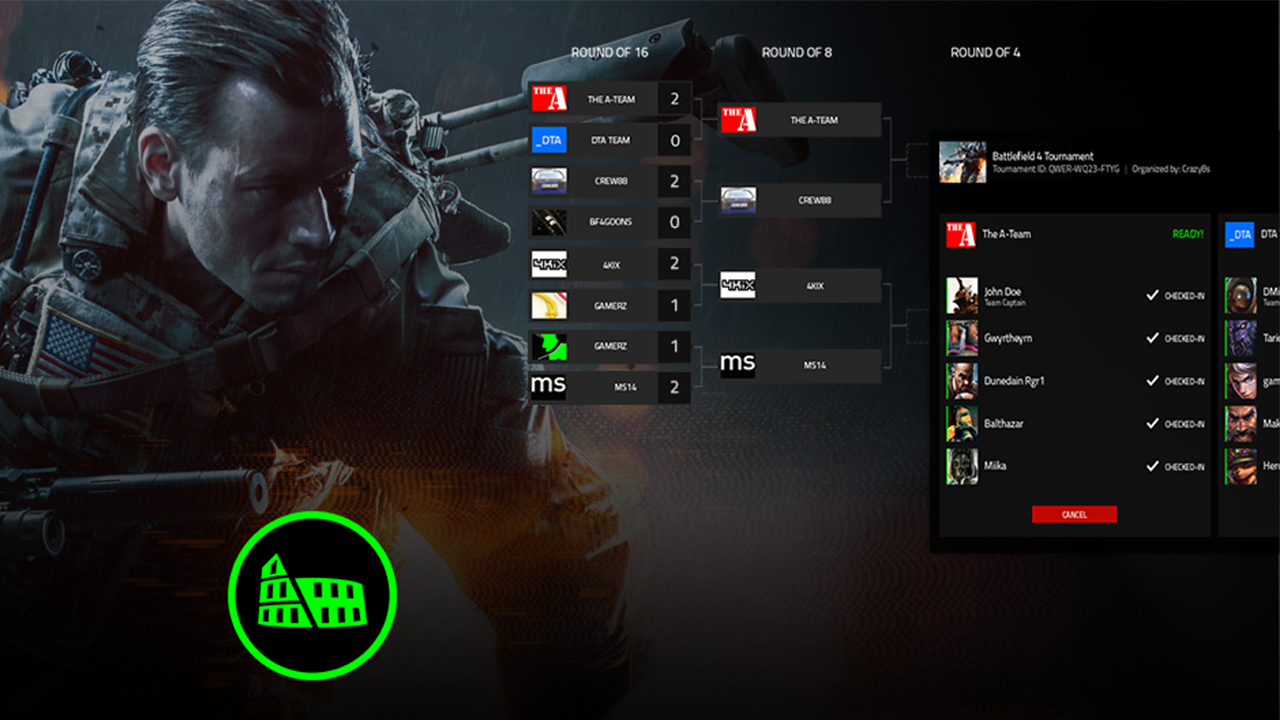 Razer are pushing forward on the software front with Razer Arena, a web-based platform providing “gaming tools typically reserved for professional-level gamers.” If you’ve ever wanted to host a tournament, no matter the scale, then this might be the news for you.

“Tournament platforms focus heavily on the professional gaming scene, leaving out the majority of gamers,” says Razer co-founder and CEO Min-Liang Tan in a press release. “That ends today with Razer Arena. Finally it’s easy to find the best gamers in your school or your office. There are competitions for every skill level, from casual to pro. You decide how and with whom you compete.”

Currently in its first phase, users can now use Razer Arena to participate in daily challenge cups, as well as tournaments by selected partners. Once the second phase begins in March 2015, users will be able to host their own private tournaments.

At the moment only Battlefield 4, Dota 2, and Counterstrike: Global Offensive is supported. A few tournaments are already listed so feel free to check them out.

There’s also an open call for developerss to either implement the Razer Arena API into their games or vice-versa.

Given the strength of Razer’s branding and their familiarity with eSports, hopefully we’re looking at the next standard for competitive communities.

Ade thinks there's nothing quite like a good game and a snug headcrab. He grew up with HIDEO KOJIMA's Metal Gear Solid, lives for RPGs, and is waiting for light guns to make their comeback.
Previous post Square Enix Showing Two New Games on 31 January
Next post PlayStation Plus for February Includes Transistor and Yakuza 4