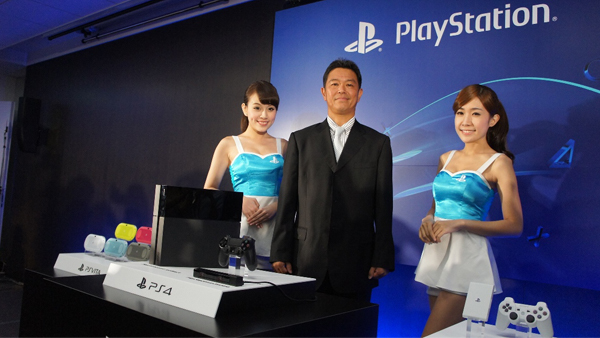 Looks like next-gen’s coming just in time for the holidays!

At a Sony Computer Entertainment Japan Asia (SCEJA) press conference today, Deputy President Hiroyuki Oda revealed that the much-awaited PlayStation 4 console and its range of peripherals will launch in the Asian region in mid-December this year. These countries include Singapore, Hong Kong, Taiwan, South Korea and other Southeast Asian countries. Prices will be announced at a later date but for now, start saving up!

Early adopters will have 20 launch titles to pick from, developed by both first- and third-party developers – you’ll find the full list below. PlayStation Plus services will be in full effect with the console’s launch, with members continuing to receive pre-existing content and features. To incentivise subscriptions, a new 3-month ticket will be introduced with a special offer sometime soon. Additionally, 1-year tickets will have their prices revised to SG$43.90 this December.

Asia’s an important market for Sony (hardly surprising given the economies and connectivity present) so they’ll be strengthening their presence in the region. They’ve now got their own office right here in Singapore and other countries but that’s just laying the groundwork. This year will see Asia as part of PlayStation Awards 2013, which means we get to vote for the Users’ Choice Awards segment. More details on that can be found at the official site.

This video’s a lot more relevant now (well, not so much the dreamlike setting, but hey).

Lastly, Gamespot has the whole press conference recorded on Twitch if you fancy taking a look (starts right before the 9-minute mark). We’ve got more from Sony’s press conference coming right up.

Ade thinks there's nothing quite like a good game and a snug headcrab. He grew up with HIDEO KOJIMA's Metal Gear Solid, lives for RPGs, and is waiting for light guns to make their comeback.
Previous post Game of Thrones Gets The 8-bit Platformer Treatment
Next post Tokyo Game Show 2013: Gran Turismo 6 Limited Editions