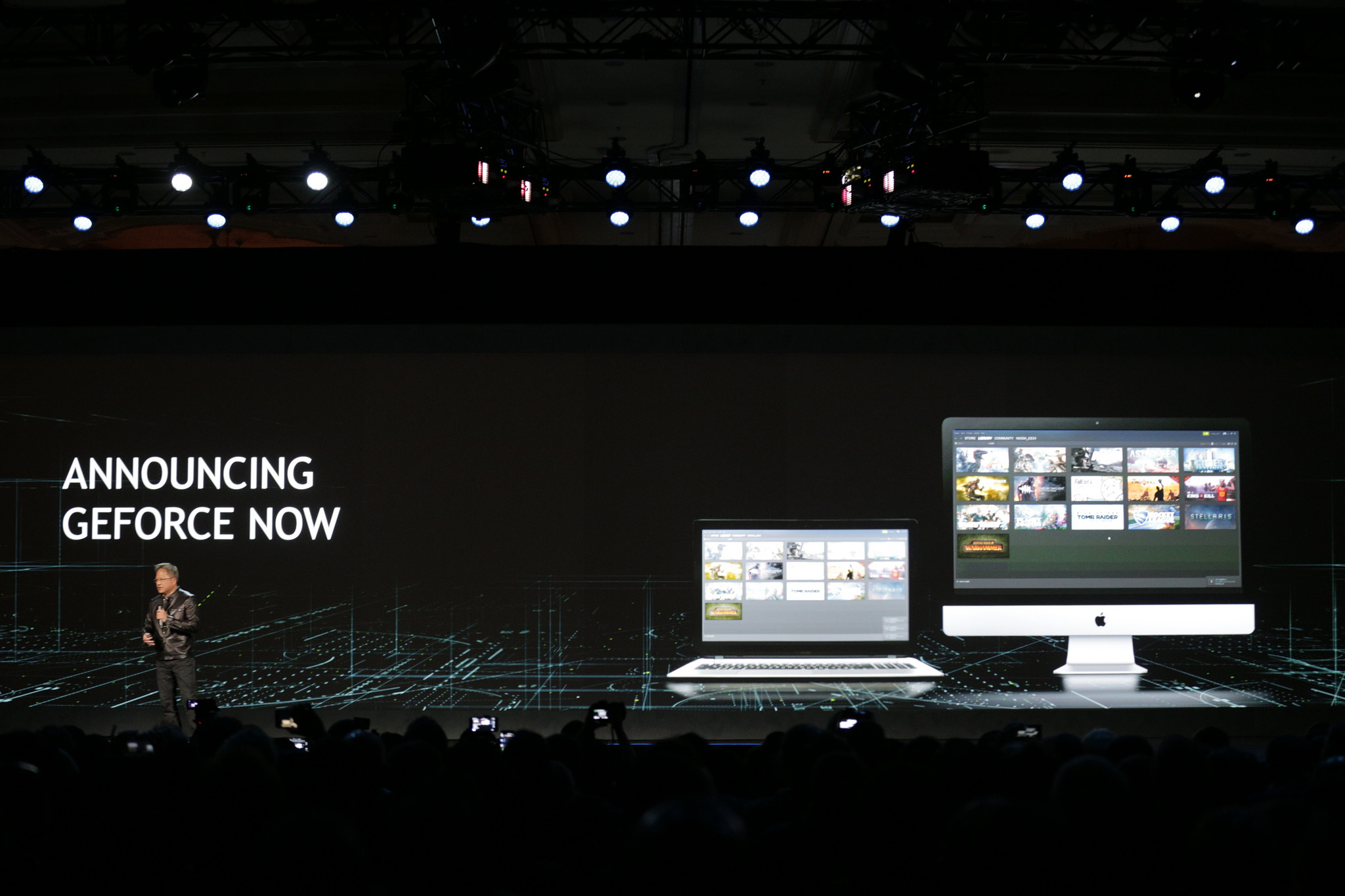 The annual Consumer Electronics Show (CES) in Las Vegas, USA, brings out the latest and greatest in the world of hardware, setting the tone for the rest of the year and beyond. Technology giant NVIDIA was granted the coveted opening keynote for CES 2017, and while not everything had to do with gaming, they sure had some big reveals.

We’ll start with the ambitious one. GeForce NOW is a game-streaming service that connects members to high-end computers at NVIDIA’s cloud data centers. It’ll work on PCs and laptops running either Windows or Mac, so long as they have the app installed. More importantly, it’s compatible with game stores such as Steam, Battle.net, Origin, Uplay, and GOG; free-to-play titles such as World of Tanks can simply be downloaded and installed.

NVIDIA has spent the past five years working on GeForce NOW, hoping to bring high-end PC gaming to people who don’t have access to a capable set-up. It’s a potential game-changer for Mac users too, especially those who do not wish to wait for ports that can take months, if not years. Game progress and achievements are synchronized and saved in the cloud, so users who already own powerful desktops can continue their sessions while away.

GeForce NOW is an on-demand service. A free trial lets members play for eight hours on a GTX 1060-equipped PC or four hours on a GTX 1080 PC. An additional US$25 (S$36) allots 20 hours or 10 hours respectively. Once again:

GeForce NOW enters early access in March for the continental United States, with the full service launching in spring. No announcements supporting other regions has been made.

In what is bound to cause confusion, there’s a similar GeForce NOW service already up and running specifically for NVIDIA SHIELD users. Despite sharing the same name, it uses a completely different pricing model.

NVIDIA’s open-platform streaming box has received a makeover too, now sporting a sleeker design and packaged with both a remote and game controller.

The highlight for this Android-based device is its ability to stream 4K HDR content, not just video from the likes of Netflix, YouTube, Google Play, and Amazon but also video games from a PC.

The SHIELD takes advantage of the GeForce NOW service (separate from for PC and Mac version) to access thousands of titles, soon to be expanded by Ubisoft games such as Watch Dogs 2 and the upcoming For Honor.

They’re also planning to add more new titles that the SHIELD TV can natively support, dropping names such as The Witness, Tomb Raider, and Shadowgun Legends.

While unrelated to games, the SHIELD TV is also one of the first few devices to incorporate a Google Assistant optimized for TVs, allowing users to ditch the remote in favor of voice commands. The SHIELD can also serve as the central hub of an “AI home” when paired with the NVIDIA Spot mic accessory.

The new NVIDIA SHIELD TV is now available for pre-order at US$199.99 (S$287) and will ship to the US, Canada, and selected European regions later this month. A PRO version that adds a headset jack to the remote and packs 500GB of storage will also be available shortly. China will be getting their own version due to customized software.

Ade thinks there's nothing quite like a good game and a snug headcrab. He grew up with HIDEO KOJIMA's Metal Gear Solid, lives for RPGs, and is waiting for light guns to make their comeback.
Previous post 30 games to look forward to in 2017
Next post E-BLUE unveils SCION-32, a hybrid monitor and tower