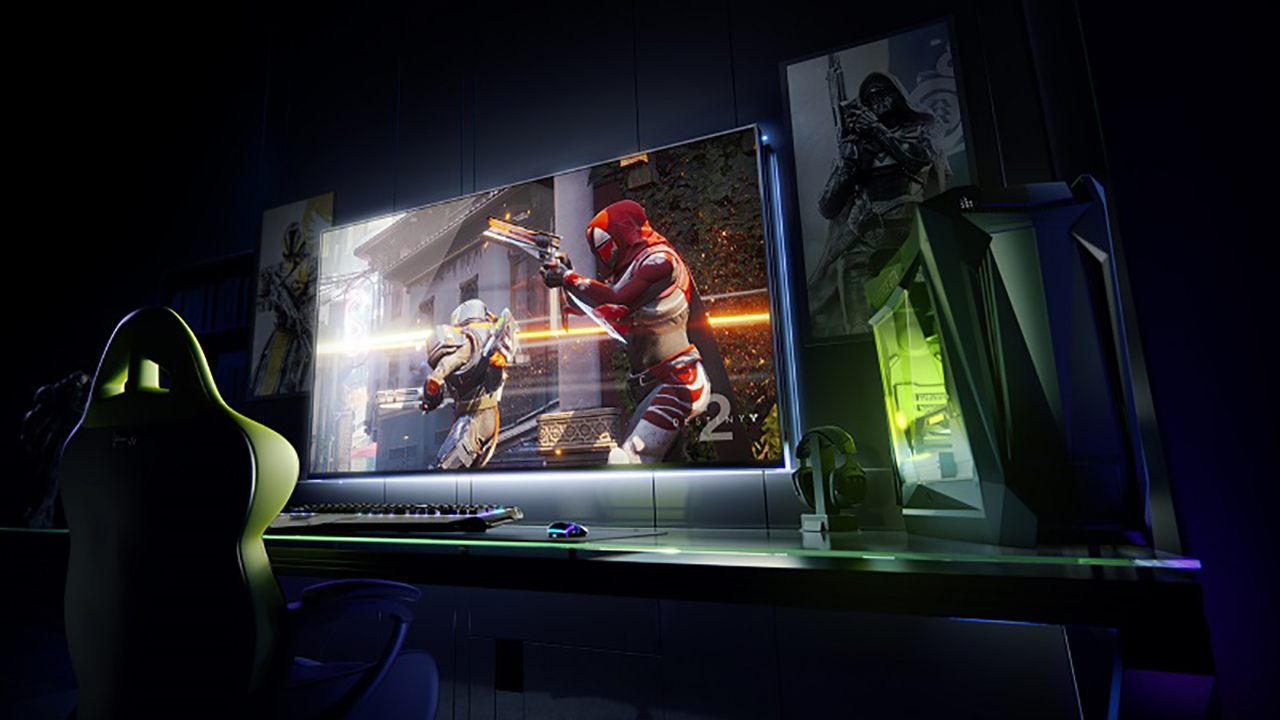 Can’t decide between a large TV or a gaming monitor for your new PC? Maybe Nvidia can help. Together with hardware partners Acer, ASUS, and HP, the company has created the Big Format Gaming Display, or BFGD, to meld 4K HDR and 120Hz performance into a massive 65-inch screen.

The announcement comes from CES (Consumer Electronics Show) 2018, the annual convention where tech companies hold nothing back.

“PC gamers expect high performance and instant response times, but, until now, they’ve been largely limited to traditional desktop displays,” said Matt Wuebbling, head of GeForce marketing in a press release. “BFGDs change that. With Nvidia’s latest technology built into these new displays, PC gamers can now experience their favorite titles in all the low-latency glory they deserve.”

Adaptive sync technology such as Nvidia’s G-Sync have been around for some time, powering various gaming monitors and even making its way onto notebook displays. It basically employs variable refresh rates to synchronize the display and the game for a smoother, responsive, and tear-free visual experience, the results of which will likely be far more noticeable when blown up to 65-inches.

What’s new, at least in the PC gaming space, is the 4K HDR display. Nvidia’s release states that it features a full-array direct backlight, 1,000-nit peak luminance, and DCI-P3 color gamut. That’s comparable to high-end TV, placing it at the top of VESA’s DisplayHDR tiers should it get certified.

The BFGD will be able to offer low-latency performance when connected directly to the PC, gaming console, or Android device. They’ve also integrated an Nvidia Shield in there, so you can either stream games from another computer or watch shows through Netflix and Amazon Video. Movie buffs don’t have to worry as G-Sync automatically winds down to 23.976, 24, or 25 FPS to match the source video. There’s also a bundled Shield remote, game controller, and Google Assistant for navigation.

You probably know where this is going: just how many kidneys do you have to sell for one of these? True to CES, Nvidia hasn’t divulged that information just yet. “General availability is expected this summer when pricing and further specifications will be announced.”

Watching the BFGD render Doom‘s BFG would be a quite the sight. That said, those looking for reasonable HDR-equipped monitors should wait for the other CES 2018 announcements coming this week.

Ade thinks there's nothing quite like a good game and a snug headcrab. He grew up with HIDEO KOJIMA's Metal Gear Solid, lives for RPGs, and is waiting for light guns to make their comeback.
Previous post Netflix’s anime movie Godzilla: Monster Planet releases on 17 Jan
Next post Review – Need for Speed Payback (PS4) meets its lukewarm expectations