MSI welcomes the Radeon RX480 to their line up 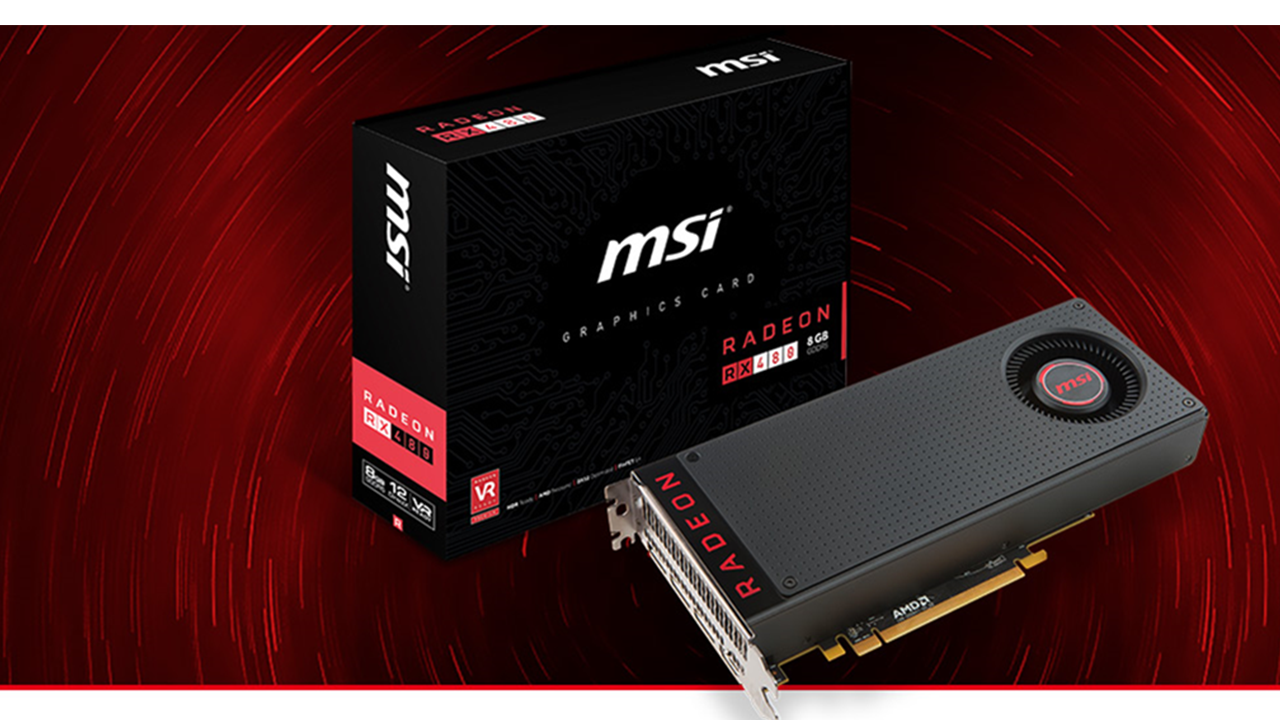 AMD’s Radeon RX480 is making waves as the next big budget graphics card, offering huge leaps in performance at a low US$199 price point. While it has caused disappointment for the high power consumption and thus, lower efficiency, its existence brings affordable 1080p 60fps gaming performance and virtual reality support to the masses.

There’s no better time to get back into, or saddle up for, the world of PC gaming.

MSI’s reference version, available now, comes with 8GB DDR5 video memory and a base clock speed of 1120 MHz, boosted up to 1266 MHz. It has support for AMD FreeSync to deliver dynamic refresh rates and is equipped with three DisplayPorts.

However, now that the reference versions have hit the market, major hardware brands are gearing up for their add-in board (AIB) reveals.

MSI jumps ahead with an early teaser, showing nothing more than a cropped image of the Gaming X series Radeon RX480 8GB, cooled by their latest  TWIN FROZR VI fans – the same ones used in their GeForce GTX 1080 Gaming X line.

No specifications, dates, or prices were announced for this version.

Other AIBs officially making the rounds are the ASUS ROG Strix RX480 and the Sapphire Radeon RX480 NITRO.

Ade thinks there's nothing quite like a good game and a snug headcrab. He grew up with HIDEO KOJIMA's Metal Gear Solid, lives for RPGs, and is waiting for light guns to make their comeback.
Previous post Competitive Play comes to Overwatch
Next post BioShock: The Collection announced for PC, PS4, and Xbox One