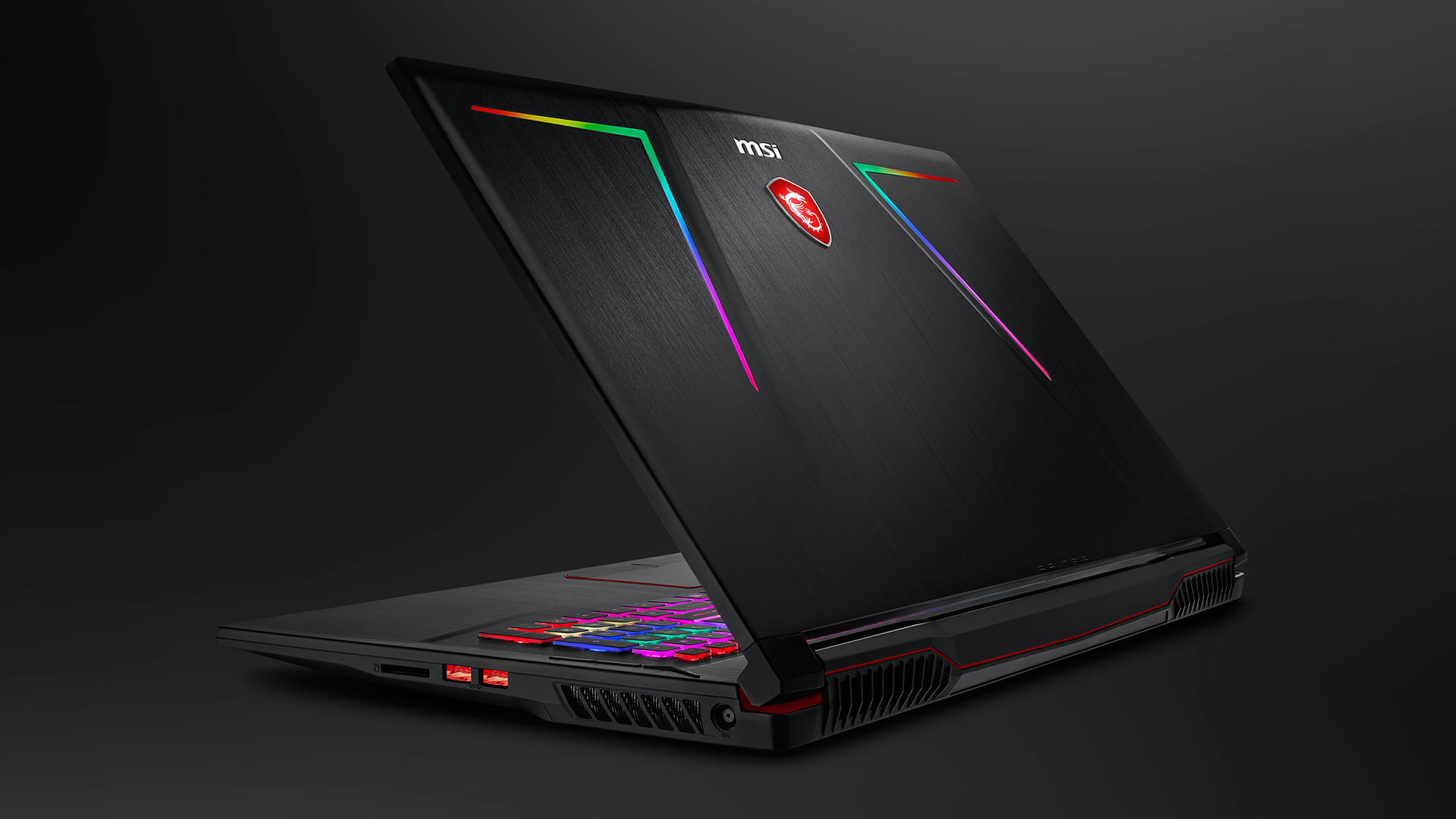 With Intel’s 8th generation “Coffee Lake” CPUs come MSI‘s new and updated gaming laptops, targeting both the David and the Goliath sides of the weight-size coin. Making up the new models are the GS65 Stealth Thin with its high screen-to-body ratio and slim chassis, the GE73 Raider RGB models for their statement-making bling, and the GT75 Titan for sporting an unlocked i9 hexa-core processor.

With a name like “Stealth Thin” the first question on everyone’s minds is, naturally, dimensions. MSI states that the 1.8kg laptop measures 357.7 × 247.7 × 17.7mm, easily courting the attention of the commuting and traveling gamer. If the size won’t attract attention, then maybe the golden accent and trim will. Crack it open, however, and you’ll notice that the 1080p 144Hz 7ms IPS display is framed by bezels only 4.9mm thin, resulting in a 82 percent screen-to- body ratio. And for those who frequently use their webcams, they’ll be glad to know that MSI has managed to keep theirs along the top bezel as usual, instead of repositioning it at the bottom for an incredibly awkward angle.

The GS65 Stealth Thin comes in 8RF (GTX 1070) and 8RE (GTX 1060) variants, though both are powered by an 8th-gen Core i7 processor. They’re combined with MSI’s spread of technical offerings, from the Cooler Boost Trinity cooling design to Nahimic 3 audio and True Color 2 display tech. It also has a new per-key RGB keyboard by SteelSeries, with an updated Dragon Center 2.0 tying the whole system together. The 82Whr battery is said to keep it all running for eight hours or more. 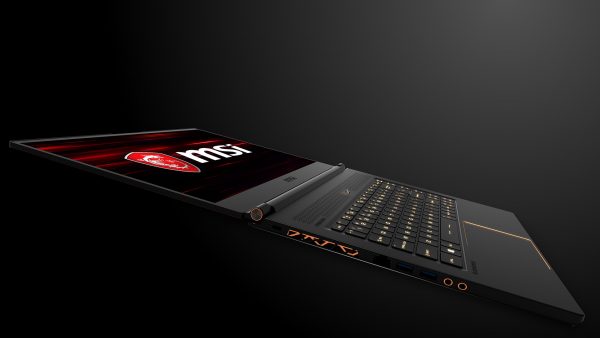 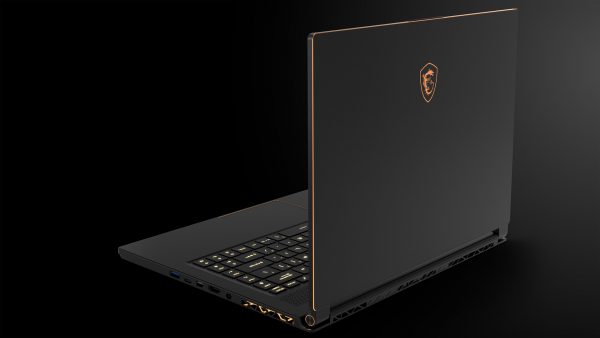 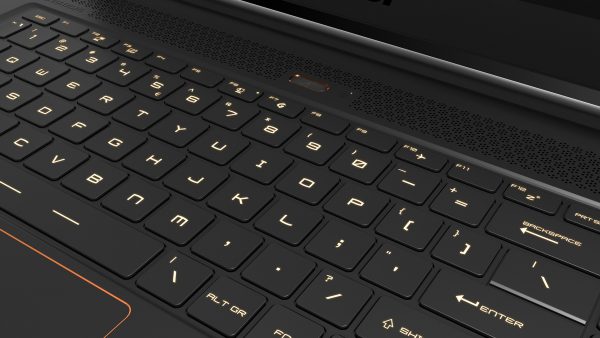 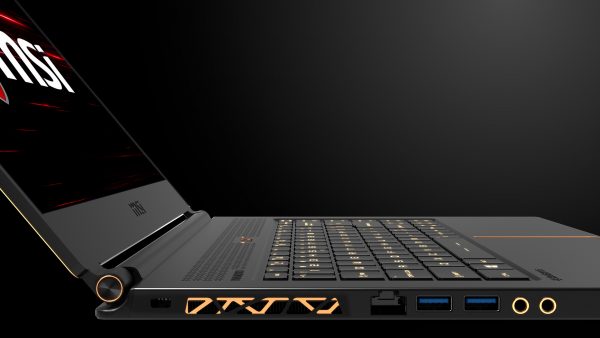 With lit-up keyboards and USB ports, MSI are already well acquainted with the LED game. The new GE Raider RGB models take illumination further by incorporating “Mystic Light” strips on the lid, featuring 24 separate RGB zones and the oft-quoted “more than 16.8 million colors.” It you weren’t grabbing passer-by attention before then you definitely would now.

Aesthetics aside, the 15.6-inch GE63 and 17.3-inch GE73 pack all the hardware you’d expect from MSI’s Raider line. Both can be equipped with Coffee Lake Core i7s, a GeForce GTX 1070, and use 1080p 120Hz 3ms wide-view displays. They also come with MSI innovations such as the integrated giant speakers and the Cooler Boost 5 dual thermal system. 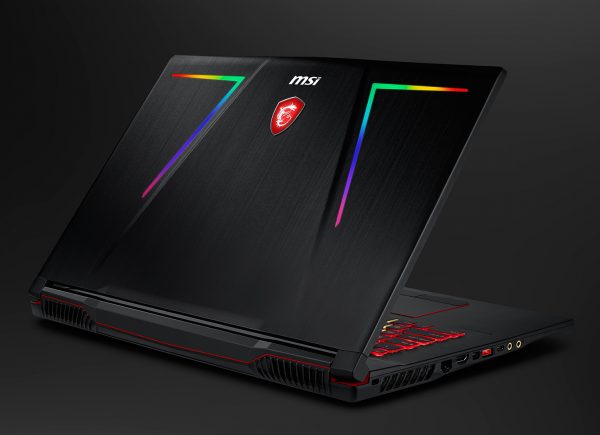 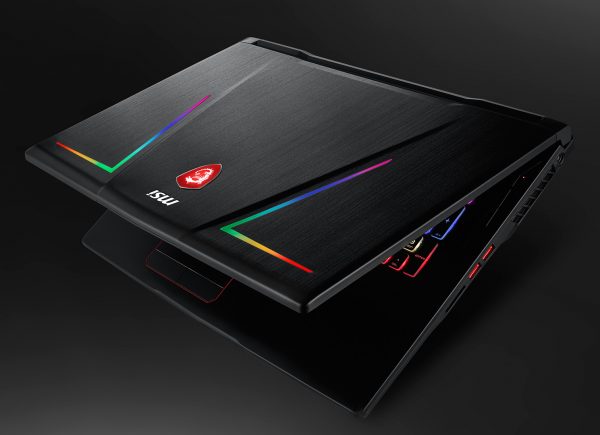 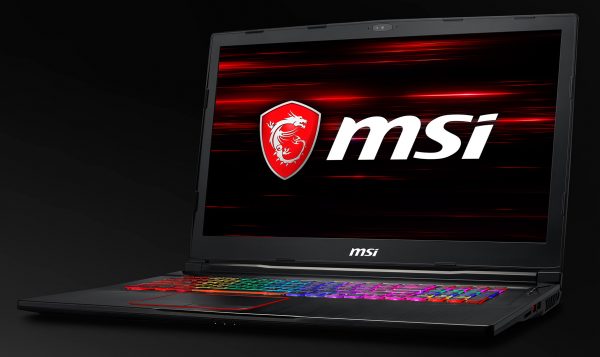 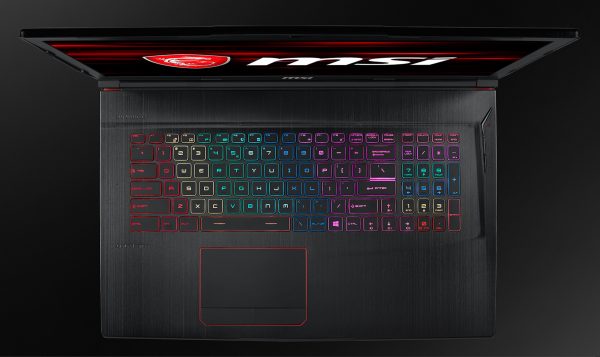 Wrapping up the pack is the appropriately-named GT75 Titan, a 17.3-inch machine that MSI touts as the world’s first gaming laptop to use Core i9 processors. With six cores and 12 processing threads, the fully unlocked i9 pushes laptop performance to new heights for gamers and content creators alike, reaching up to 4.8GHz thanks to Intel’s new Thermal Velocity Boost. Paired with MSI’s Cooler Boost Titan, which employs two of their Whirlwind Fans for improved airflow, the new configuration sees performance improvements up to 70 percent. 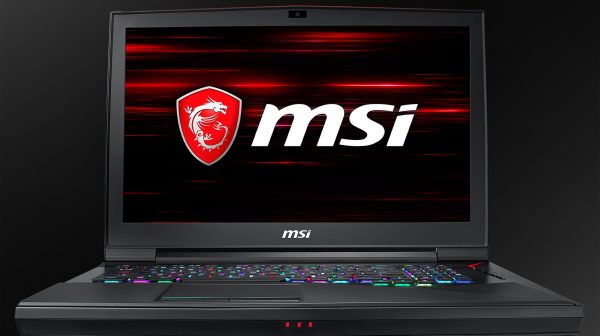 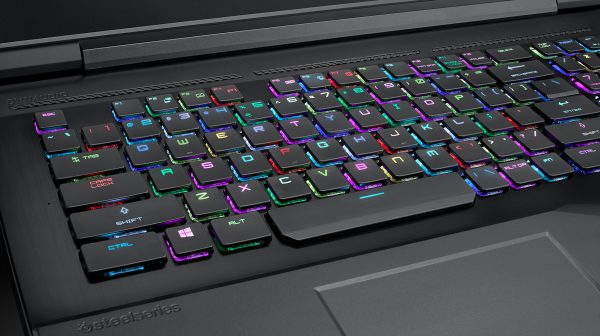 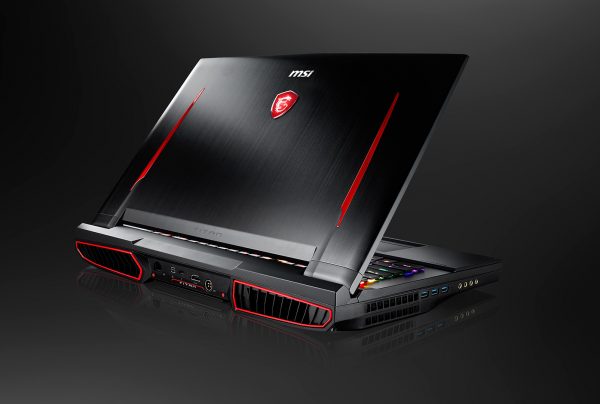 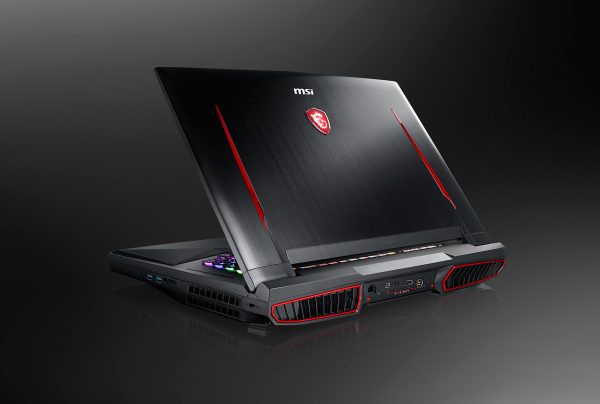 GT83 Titan upgrades
Similarly, MSI’s flagship desktop replacement is seeing a performance bump from the new 8th generation processors too, increasing as much as 40 percent.

Two models, the GE73 Raider 8RF RGB and GT75 Titan 8RG, are both available for pre-order at Challenger, Gamepro, and Harvey Norman from 6 April onward. Here are their respective technical sheets, bonus goodies, and prices.

Ade thinks there's nothing quite like a good game and a snug headcrab. He grew up with HIDEO KOJIMA's Metal Gear Solid, lives for RPGs, and is waiting for light guns to make their comeback.
Previous post Call to arms! Join our editorial team
Next post Review: Far Cry 5 is a solid entry that sticks too closely to its formula