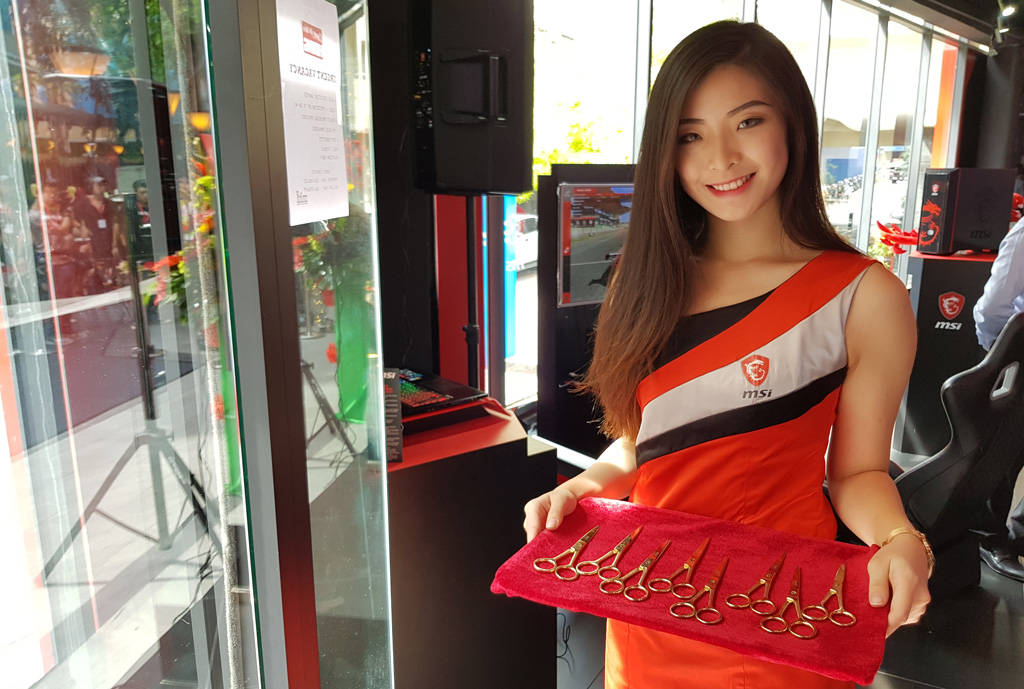 18 months in the making, the two-story building and former restaurant is also MSI’s fourth concept store in Malaysia – there are now three in Kuala Lumpur and one in Johor Bahru. The latest concept store, like those before it, allows visitors to have hands-on experience with MSI gaming products such as the wide range of laptops. Trained staff will also be available to advise customers on a suitable product based on their needs or expectations. For instance, DOTA2 gamers may do enough with a GE or GS series gaming laptop, rather than the overpowered GT series.

The concept store will also be a place for MSI to host gamers and eSports teams for their training or matches, and future product launches and fan gatherings in the country will be held here as well. Additionally, MSI will be organising DOTA2, Overwatch and Street Fighter V tournaments every weekends for six months, starting November as part of the store opening celebration.

What’s MSI’s next plan then? The company wants to expand their presence further up north of Kuala Lumpur, and cited Penang as a key market in Malaysia. No prizes for guessing where the next concept store might be then. On a global scale, the plan is to continue investing in eSports and one of the key goals for 2018 is to support and sponsor an incredible 1,000 competitive gaming teams. 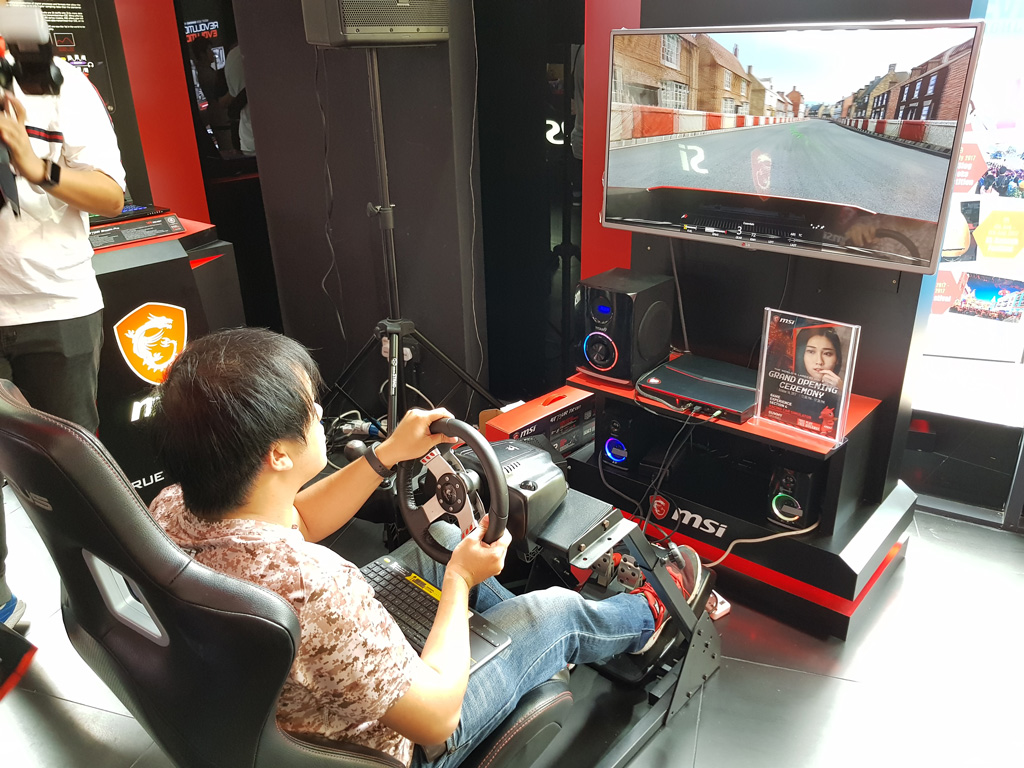 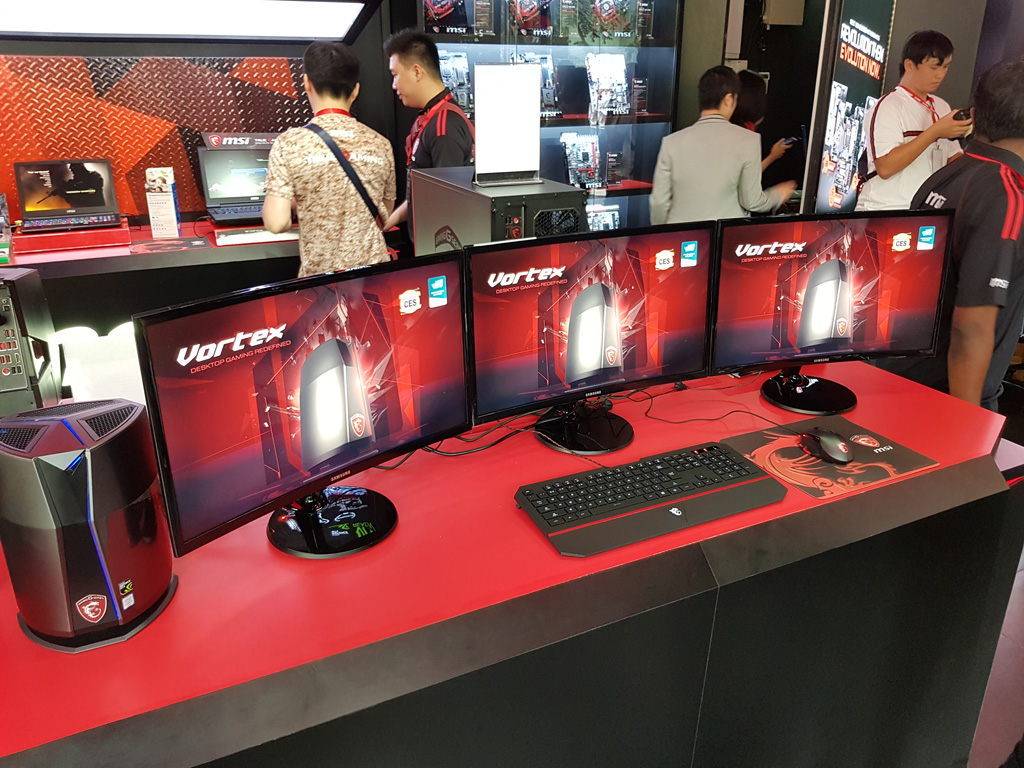 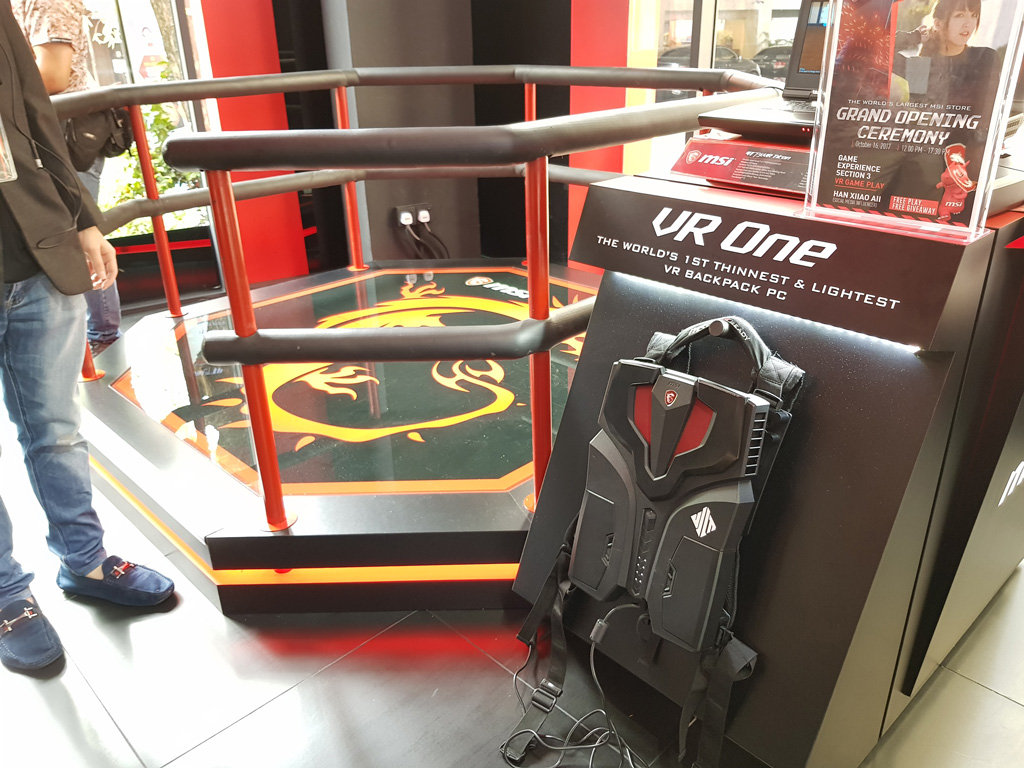 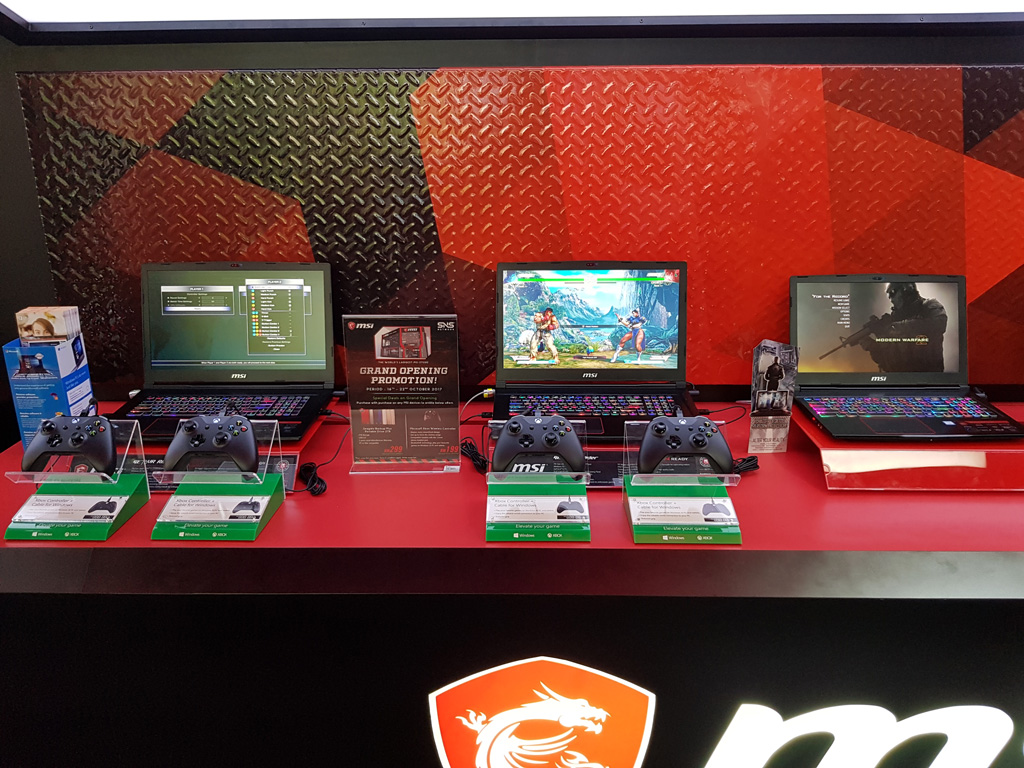 MSI also took the opportunity to reveal the Vortex G25, a console-sized mobile desktop that we first saw at Computex 2017. Unlike most other pre-built gaming desktop systems, the Vortex G25 weighs only 2.5kg and has a volume of 2.5l (according to MSI). Despite its small-form factor, you still get some form of customisability. It has four tool-free screws that you can remove to reveal some of the innards. From there, you have four slots for DDR4 RAM (for a maximum of 64GB), as well as the option to have two PCIe NVMe SSDs and a 2.5-inch SATA drive installed.

You can’t, however, swap out the GPU or CPU.

In order to keep the temperature and noise of the machine down, the Vortex G25 is fitted with eight heat pipes to manage both the CPU and GPU, along with five air intakes and three exhausts. There’s also RGB lighting around the machine, if you are into that sort of thing. 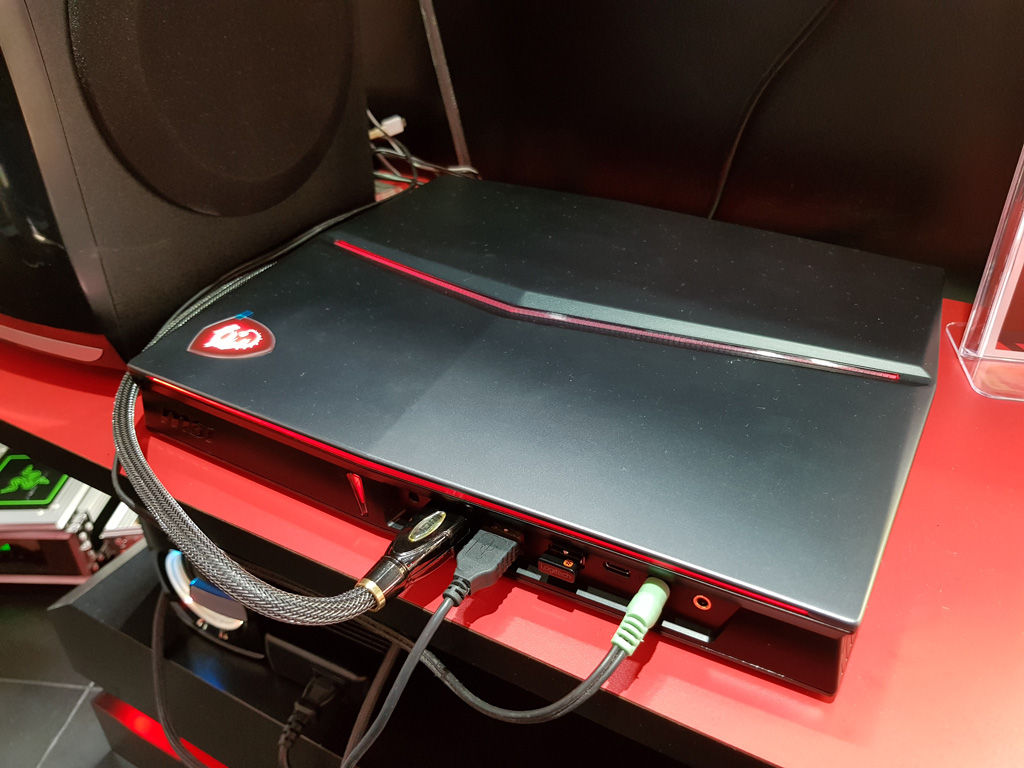 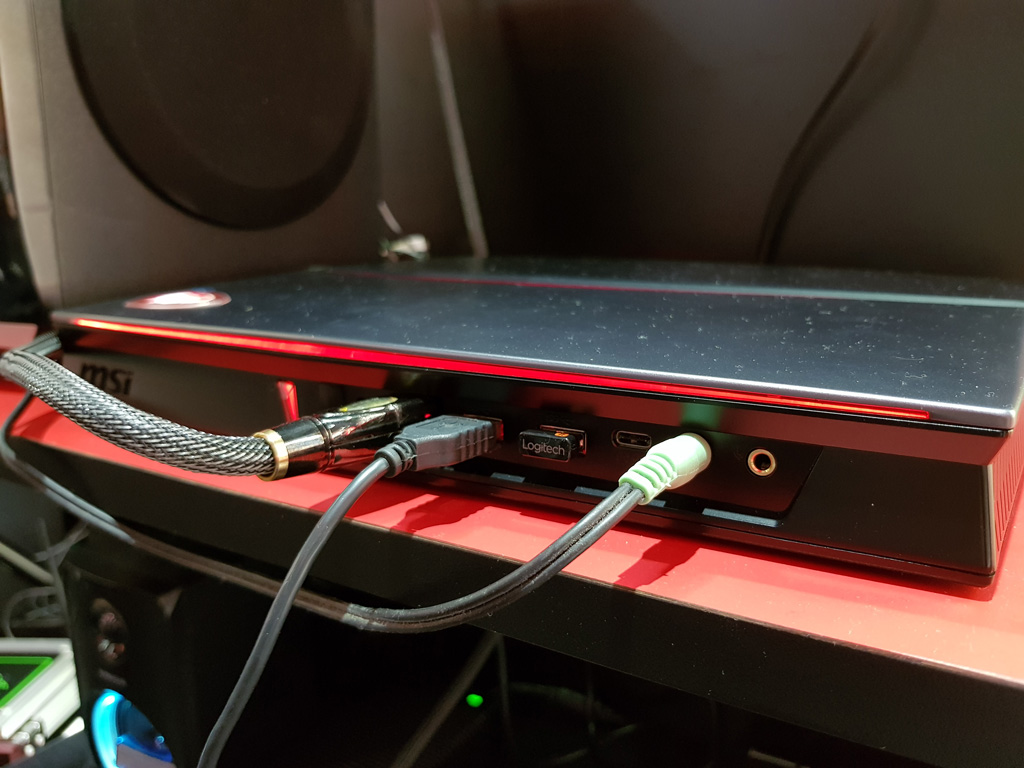 The MSI Vortex G25 is now available in Malaysia for RM$11,299 with the following specifications:

MSI also revealed a G25 variant that comes with a NVIDIA GeForce GTX 1060 instead, but no pricing or availability was made known. The same spokesperson also could not confirm if the G25 will be launched in Singapore.

Aaron Yip is an industry veteran with more than 15 years of experience. When not spending time on his gaming PC and consoles, he can be found in Hyrule solving ungodly puzzles and collecting gems.
Previous post Gintama Rumble unveils its first trailer and fan-voted DLC
Next post Stranger Things 2 is looking terrifying in its second and final Trailer