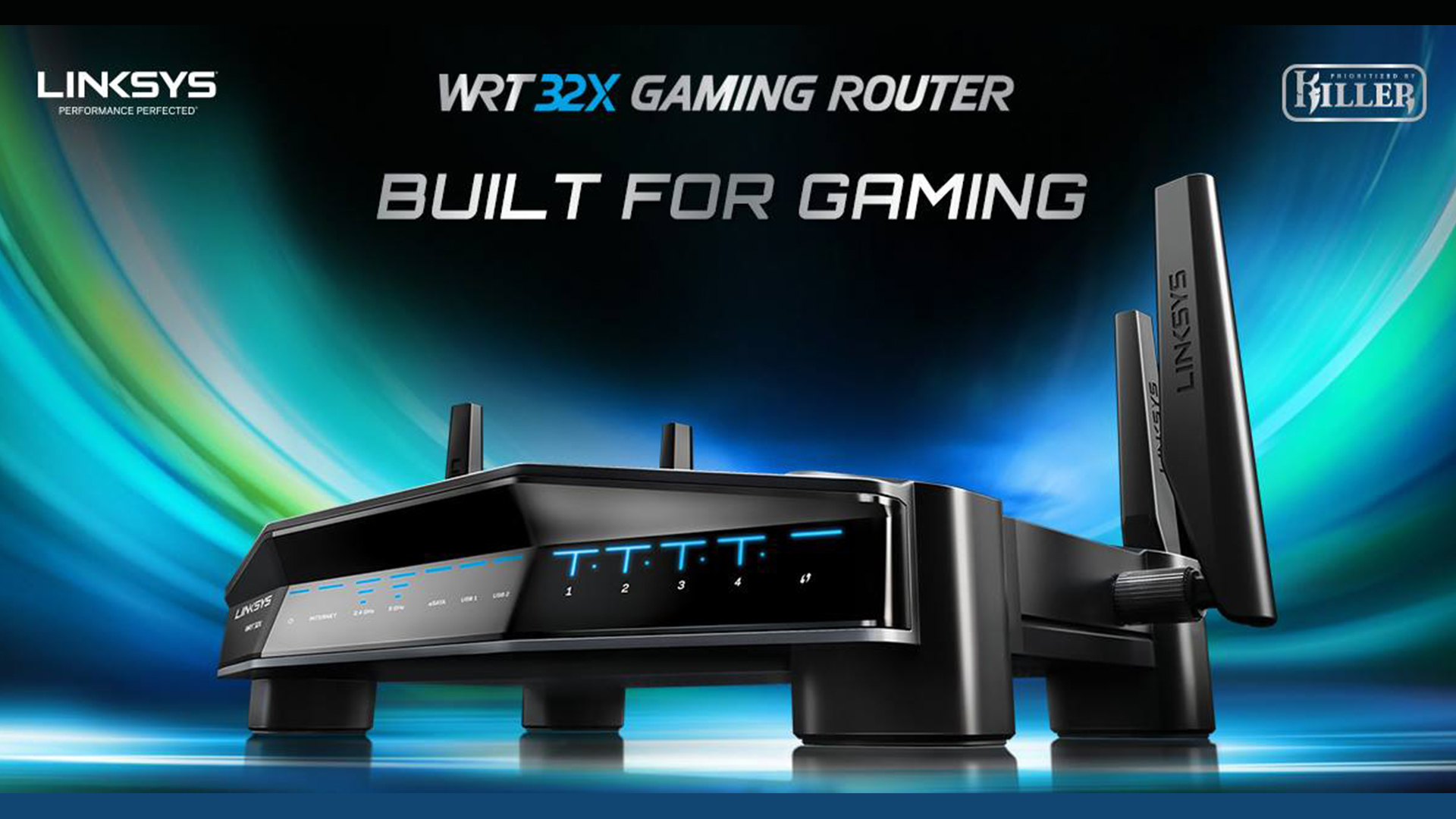 With Killer Networking making their way into more desktop and notebook PCs, it was only a matter of time before we had a router to match. The Linksys WRT32X gaming router is here to answer that call, incorporating Rivet Network’s Killer Prioritization Engine (KPE) to optimize traffic for reduced latency and lag.

Browse through the catalogs of gaming manufacturers and, chances are, you’ll find their computers and motherboards equipped with Killer hardware. These add bandwidth controls and network prioritization to shape traffic for peak gaming and video networking performance. Adding the Linksys WRT32X to the chain extends that control to the entire home network, identifying and favoring Killer-enabled devices.

The press release explains it as such:

“When a user starts a game, the Killer hardware on the PC communicates with the router and tells the router to treat the gaming packets special and with high priority. If the network is bogged down from other users, the WRT32X is able to keep the gameplay fast and smooth because it prioritizes the Killer game traffic above other traffic in the home. Conversely, the PC also communicates to the router when a less important activity is taking place (like a download) so that the router won’t let the download impact the Internet experience of other users in the home.”

You are given a say in what KPE prioritizes via custom configurations on the Killer Control Center app on PC. As for the router, a custom-built firmware and graphical user interface provides network-level settings and usage statistics. 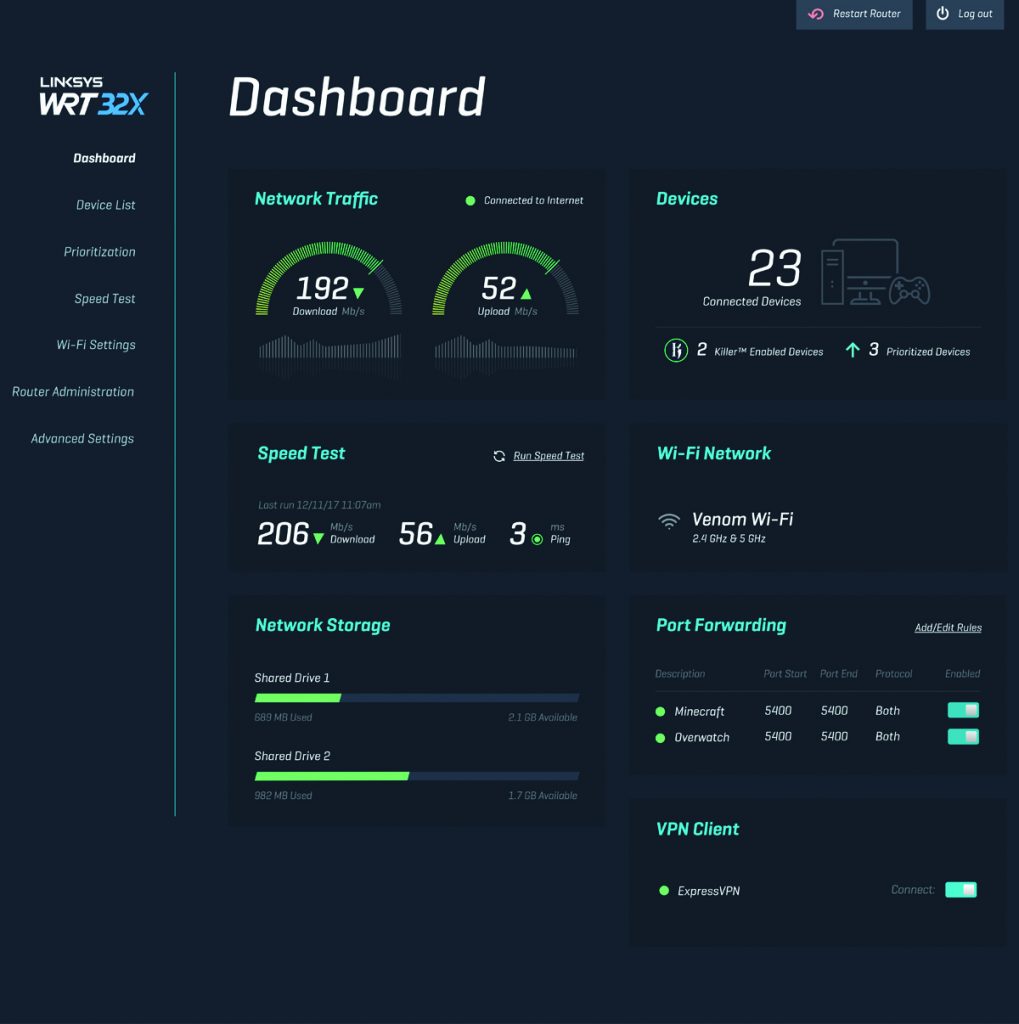 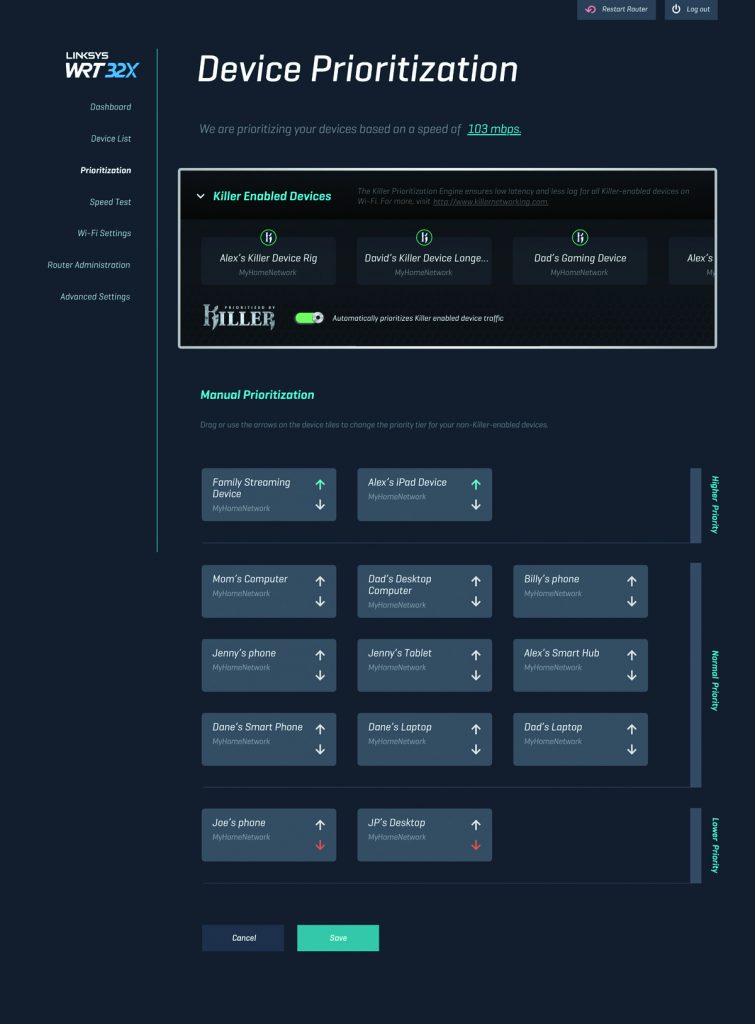 In all, they’re touting peak ping reduction by 77 percent when using the full set-up — that is, the Linksys WRT32X with a Killer-equipped PC. Their tests reported a drop from 74ms to 17ms when using “a 10 Mbps down/2Mbps up internet connection that has multiple devices consuming the 10Mbps connection.”

To ensure the buck doesn’t stop there, M1 has stepped up as an official partner for the Singapore launch. The ISP is bundling the WRT32X router with their M1 GamePRO 1Gbps plan for S$52 a month, with the first 100 sign-ups receiving a free Razer Basilisk gaming mouse worth S$109.90. Customers may express their interest in the M1 bundle online starting tomorrow, 10 November.

Those who’d like to pick up the router separately may do so exclusively through Challenger or their online store, Hachi.tech. The Linksys WRT32X launches on 1 December with a RRP of S$449, and will include a three-year warranty and 24-7 customer support.

We’ll be getting some hands-on time with the router soon so look out for our review.

Ade thinks there's nothing quite like a good game and a snug headcrab. He grew up with HIDEO KOJIMA's Metal Gear Solid, lives for RPGs, and is waiting for light guns to make their comeback.
Previous post GameAxis Giveaway! Lords Mobile in-game items worth US$30
Next post Review – Call of Duty: WWII (PS4) multiplayer could have easily been a disaster