Home / Latest / Technology / Light It Up With These RGB Mechanical Keyboards

Light It Up With These RGB Mechanical Keyboards 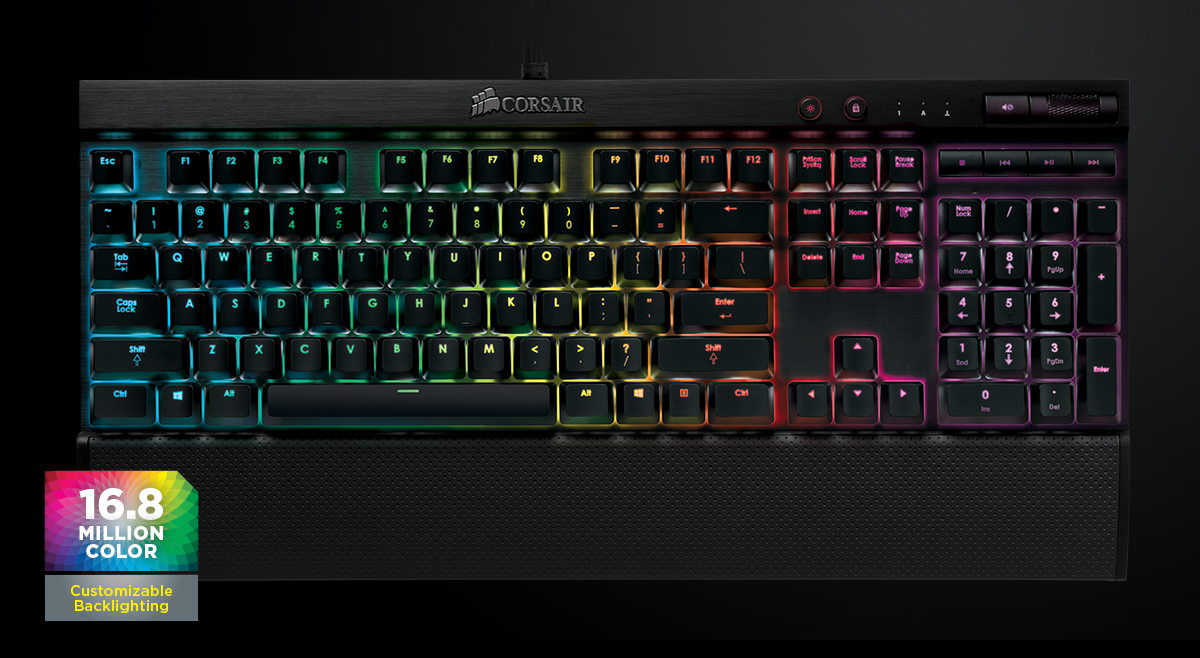 Gaming peripherals have never been shy about letting your desktop glow like a radioactive relic, yet the choice of keyboard LED colors have always felt lacking. With several mice on the market already offering custom lighting options, it’s time for their clackety counterparts to catch up. Here are two mechanical keyboards coming to Singapore real soon.

Technically, Chroma is Razer’s move towards allowing “full-spectrum, color-customizable lighting” for selected devices. The BlackWidow Ultimate, together with the DeathAdder mouse and Kraken 7.1 headset, will be the first wave of products to sport the feature in Razer’s 2015/2016 catalogue.

The neat part about getting all three is that Chroma will happily sync up their colors and patterns. Packaged with an open SDK, it won’t be long before a game developer or fellow enthusiast comes up with some advanced scripting for a game or two.

It seems like the hardware isn’t being updated though (aside from those new mechanical switches), so you could waltz in a retail store or your “Razer-enabled” friend’s house to get a feel for them. Alternatively you could head here to play around with a Chroma demo.

Announced only a few days ago, this is the newest keyboard on the block. Featuring Logitech G’s new Romer-G mechanical switches, this keyboard also touts a color palette ranging in the millions (realistically it’s only as many hues as one can perceive), together with the ability to match your setup to different games or other conditions.

Logitech aren’t pushing the Orion Spark solely for its pretty lights, however; they’re selling the whole package. The Romer-G switches have a 1.5mm actuation point that makes keystrokes “up to 25 percent faster than competing mechanical switches”, and are also advertised as being far more durable. Nine programmable G-keys, together with multiple user profiles, add on to the keyboard’s appeal. Let’s not forget that unique design they’ve got going on.

The real standout feature here is Arx Control, an app that lets you access a multitude of information from your mobile phone (replacing the need for those smaller in-built screens of old). The Orion Spark will come with a pullout tray that’ll let you dock most iOS and Android devices. Think of it as the “second screen” for PCs, ultimately relying on developer and user support.

Logitech’s Orion Spark will cost SG$249 when it releases in November 2014.

Now these aren’t the only options out there. Corsair has their Cherry MX RGB keyboard lineup (K70 Vengeance pictured above) available online, and we’re sure there’ll be more manufacturers adopting rainbow power come 2015. The real question is whether one should be paying a premium for the added lighting but that’s something you’ll have to decide. Personally I’d go for a sleek, custom desk to contain your gaming shrine – then you can theme it however you like!

Ade thinks there's nothing quite like a good game and a snug headcrab. He grew up with HIDEO KOJIMA's Metal Gear Solid, lives for RPGs, and is waiting for light guns to make their comeback.
Previous post TGS 2014: World of Tanks to Get Race Mode
Next post TGS 2014: Final Fantasy XV Demo Details & Live Footage