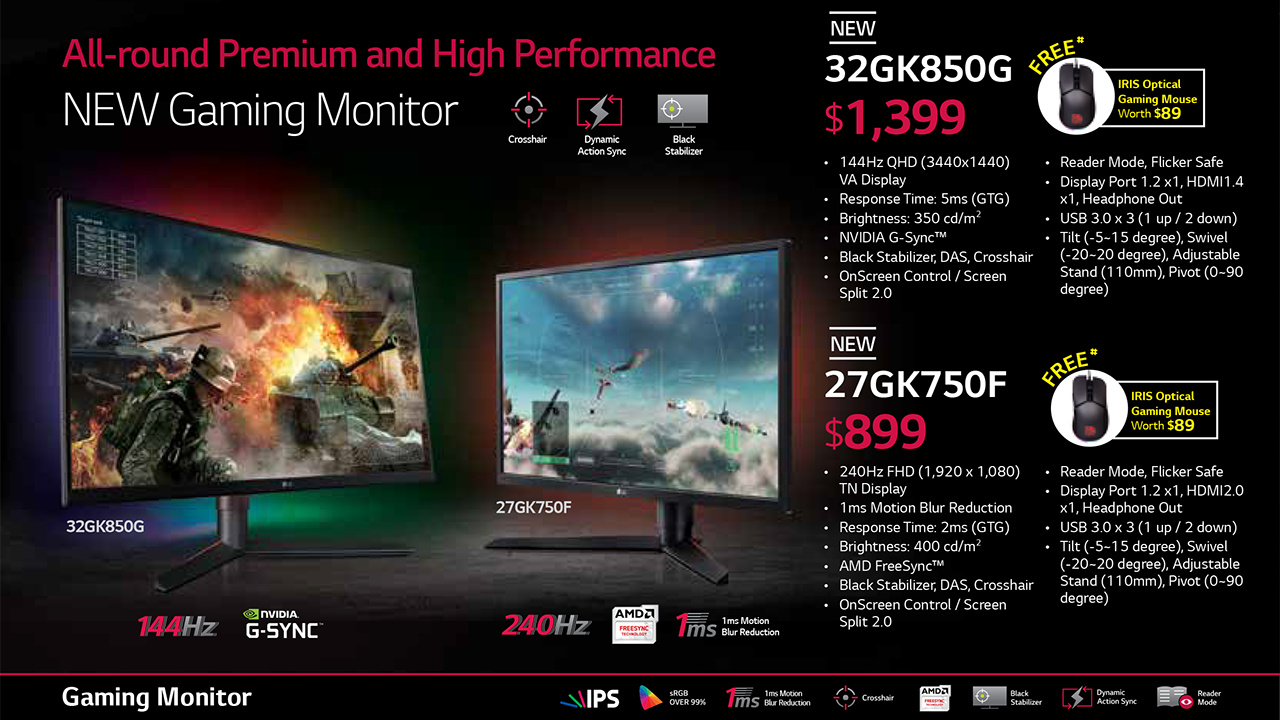 IT Show 2018 is in town this weekend and here to rope in the gamers is LG. Debuting at the electronics fair are two of the company’s latest monitors, the 32GK850G and 27GK750F, first revealed at IFA Berlin 2017.

The LG 32GK850G is a 32-inch 144Hz QHD (2560×1440) monitor equipped with Nvidia G-Sync. It’s sleek, all-black design masks any notion of this being a gaming monitor, with the 350-nits bright screen framed by attractively thin bezels along its sides and top. Until you look behind or turn the thing on, that is.

Aside from the One-Click stand’s red accents, the most eye-grabbing feature of the 32GK850G is the in-built LED ring centered on the back panel. LG says that this Sphere Lighting emits soft ambient light to help boost gaming immersion, with six different color settings adjustable via a wheel key. 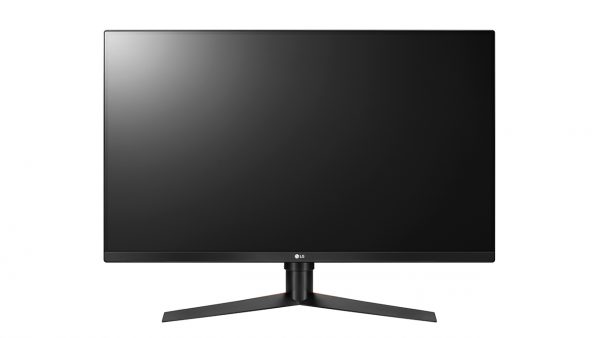 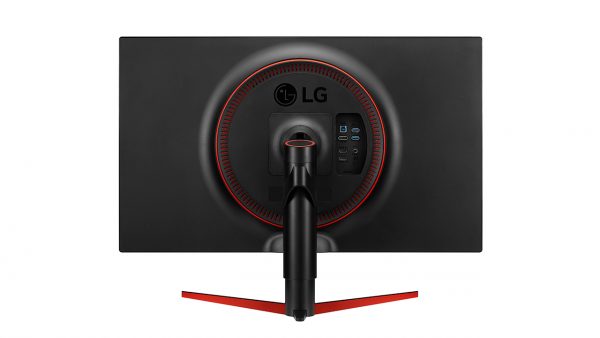 Joining it is the LG 27GK750F, a 27-inch 240Hz FHD (1920×1080) monitor sporting AMD FreeSync and 1ms motion blur reduction. It’s the esports-targeted variant of the two so it all boils down to the panel, although both GK series monitors do come with supplementary settings such as the Black Stabilizer for improved contrast, Dynamic Action Sync for improved input lag, and a dedicated Gaming GUI button for quick access to presets. 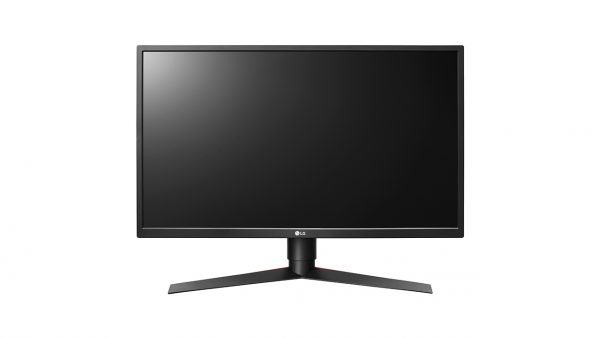 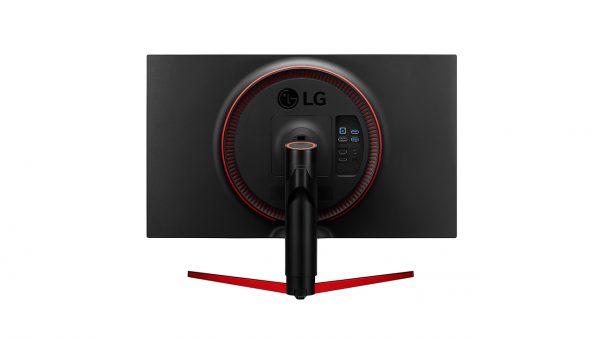 The new monitors aren’t the only things that LG has in store, of course. This being the IT Show, other models in the company’s range will also be on promotion, such as the delightful ultrawide 38UC99.

IT Show 2018 runs from 15–18 March at Suntec Singapore. View all the latest brochures over on HardwareZone.

Ade thinks there's nothing quite like a good game and a snug headcrab. He grew up with HIDEO KOJIMA's Metal Gear Solid, lives for RPGs, and is waiting for light guns to make their comeback.
Previous post Xbox One consoles now support AMD Radeon FreeSync
Next post ViewQwest launches 1Gbps Raptor Gaming, comes bundled with a Nighthawk XR500 router