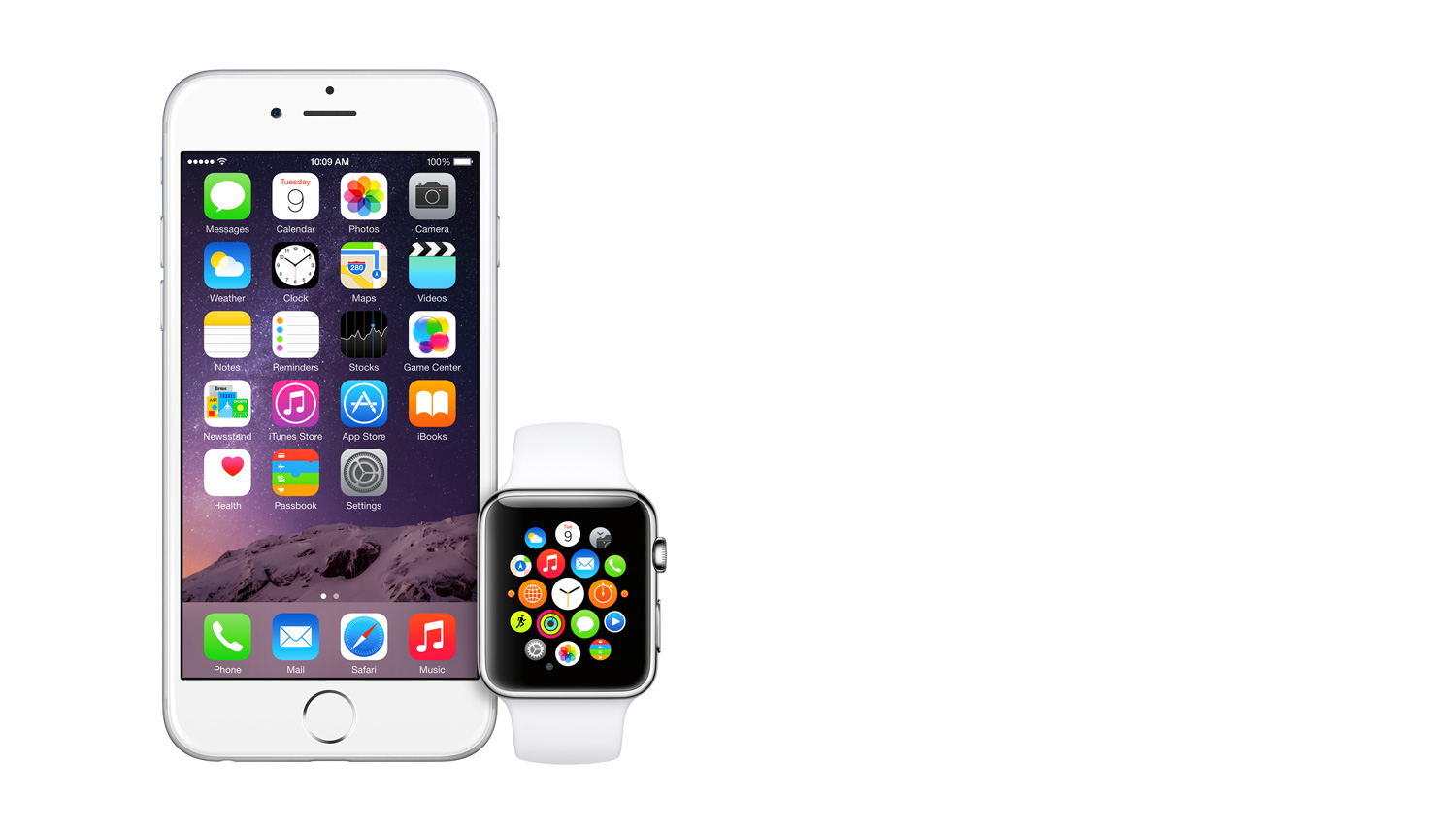 To those of you who tuned in to the choppy keynote livestream from Apple’s website and survived, you’re probably up to speed. For the rest, here’s the bunch of announcements made by Apple during their September 9th Event early this morning.

iPhone 6 and iPhone 6 Plus You could say Apple is playing a little game of catchup, finally investing on the idea of a bigger screen and harnessing NFC capabilities for mobile payments. Apple’s new iPhones (plural) will come in two differing sizes, a 4.7-inch screen model and a 5.5-inch screen model, both of which are larger than the iPhone 5S’s 4-inch screen. The devices are 6.9mm and 7.1mm respectively at their thinnest.

Inside, the iPhone 6 houses an A8 performance chip that makes the phone 50x faster than the original iPhone, with its efficient performance allowing less stress on battery life. The iPhone 6 (Plus) can now last 50 (80) hours and stay idle on standby for 10 (16) days on a single charge. It also powers the Metal graphics tech that brings “console-class” games to iPhone. The new iSight camera comes with face detection, exposure controls, image stabilisation and Focus Pixels and the ability to shoot HD video at 1080p at 60fps.

The M8 motion co-processor chip also powers Apple’s new health features on the iPhone (coming with iOS 8, more on that later). It know when you move around with its accelerometer, compass, gyroscopr and a barometer to measure pressure and your current elevation.

The iPhone 6 and iPhone 6 Plus comes in 16, 64 and 128GB models in Silver, Gold and Space Grey colour tones. And will retail in Singapore (and other majorly fanatical countries) come September 19th from S$988 and S$1,148 (contract-free) respectively. Pre-orders on the Apple Store website opens September 12th.

What’s the hardware without the software? New announcements to iOS 8 include ApplePay with the iPhone 6 models, allowing you to finally use your iPhone as a stand-in for your credit cards. It took them a long while to harness NFC technology, and it’s something Passbook can finally use. Payments can be approved through Touch ID fingerprint recognition directly from an app, or through contactless payment by waving your phone at the cashier counter.

iOS 8 for the iPhone 6 also allows it to be used in landscape mode, similar to what it does for the iPad. Everything else previously announced for iOS 8, including a smarter keyboard, custom keyboards and an improved messages app, will still be available when it releases September 17 for iPhones 4S to 6+ and iPads 2 to Mini with Retina Display.

Apple Watch (or should I say WATCH)

We all expected this one, but did we expect it to be that? Apple closed the keynote (before U2 took the stage) to show “One More Thing…”. The Apple Watch, Jony Ive’s new baby, will do so much more than tell time. The smartwatch is capable of getting notifications from a paired iPhone and you can answer calls and reply to messages directly from the little screen itself.

Combating the potentially cumbersome use of giant fingers on a small touchscreen, the Apple Watch comes with a Digital Crown (crown being the thing you turn on an analog watch). The Digital Crown is capable of scrolling through menus or an alternative to pinching to zoom, where applicable on the current app in question.

The Apple Watch is also capable of haptic feedback, tapping yourself on the wrist to notify you of incoming notifications. It also reads your heartbeat, and is capable of sharing that with others (creepy.) through messaging features. The heart rate sensor also helps to keep you on track when you exercise, serving as a wristband of information that calculates how much calories you’ve burned and how far you’ve gone via GPS. Data can be transferred back to your iPhone to help you keep track of your daily activities.

Other default functions on the Apple Watch include Calendar, Maps, Passbook (for wrist-based payments), music controls (connected to an iPhone), Remote Camera (acts as a remote viewfinder), photos, weather, Siri and all other common watch features like Stopwatch, Timer and Alarms, with so much more for developers to get their hands on once they get apps into the smartwatch.

The Apple Watch comes in two sizes and in various forms of enclosures and straps. It will be compatible with the iPhone 5 and up and will release early next year.

Previous post This Week on PSN Asia (09/9): Destiny, Transistor and 50% Off Capcom Titles
Next post End of an Era: Apple Retires The Original iPod (Classic)