HyperX teams up with Xbox One for official headset 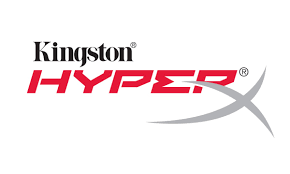 Gamers looking to buy an Xbox One headset will soon have something new to consider. Available later this year is the HyperX CloudX Pro Gaming Headset, the resulting product of a partnership between Kingston’s HyperX division and Microsoft.

Based on HyperX’s Cloud II headset — a model released in early 2015 to favourable reviews given its price bracket — the CloudX pairs its large 53mm drivers with a detachable microphone. Memory foam ear cushions and a soft leather-padded headband make up its over-the-ear, closed-back design, promising both comfort and minimal ambient noise.

Unfortunately, while the Cloud II is compatible with all manner of systems it did require a separate accessory to work with the Xbox One. The CloudX removes that extra step, so owners can simply plug the 3.5mm jack right into the controller.

Other than it coming with in-line volume controls and a hard shell carrying case, the announcement was short on technical details. We’re keen to know whether the CloudX makes general improvements elsewhere, or if it’ll come with an updated USB 7.1 soundcard that works with consoles.

The HyperX CloudX Pro Gaming Headset is slated for a late Q2 2016 release. No price has been revealed yet.

Ade thinks there's nothing quite like a good game and a snug headcrab. He grew up with HIDEO KOJIMA's Metal Gear Solid, lives for RPGs, and is waiting for light guns to make their comeback.
Previous post Impressions: Swift conquest in the Legends of Callasia's beta
Next post Plants vs. Zombies Garden Warfare 2 open beta now live