Here’s A VR Control System That Lets You Punch Sunflowers 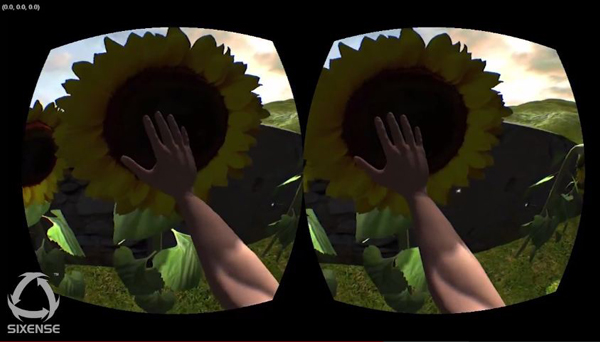 It’s hard not to get excited over the future of virtual reality, mostly thanks to the Oculus Rift.

The high level of immersion has given birth to a demand in new forms of control systems. We’ve seen a few interesting examples so far, from dedicated set-ups like the Virtruix Omni to adapted ones such as the Razer Hydra and, to an extent, the Mad Genius Motion Capture System. There’s a new one in town that lets you kick balls, smack sunflowers and throw barrels around. Designed by the same people who made the Hydra, the Sixense: STEM System is wireless, modular and intuitive. It also reached its Kickstarter goal within 24 hours.

The Sixense technology powering the Razer Hydra is arguably the best on the market so far. This STEM System takes things up a notch by supporting up to five motion tracking modules, allowing for full use of the body or any other configuration. The Kickstarter promises early adopters a feature-complete version that’s “functionally identical to the upcoming retail version”, with compatibility for the Oculus VR and the Virtruix Omni.

There’s a lot to read and watch on the Kickstarter page itself, but here’s the short and quick of it.

The insect kingdom is going to avenge that crushed butterfly one day.

Ade thinks there's nothing quite like a good game and a snug headcrab. He grew up with HIDEO KOJIMA's Metal Gear Solid, lives for RPGs, and is waiting for light guns to make their comeback.
Previous post BlizzCon 2013 Virtual Tickets Go On Sale
Next post Hands-On with Beyond: Two Souls