Get Serious on iOS Gaming with Logitech’s PowerShell 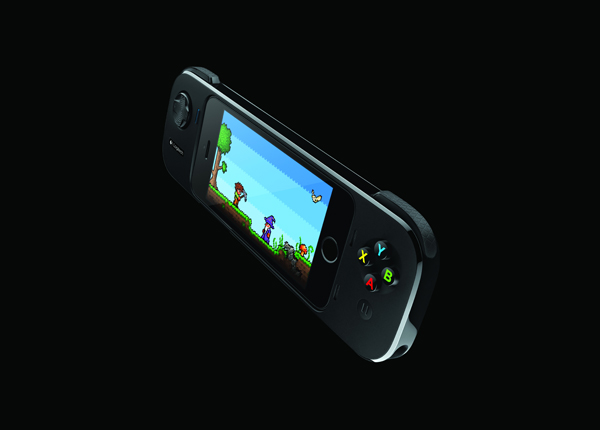 Touchscreen games are tricky. Input limitations are a boon for any developer who successfully uses it, but for the most part it results in shallow titles or a dozen iterations of a mechanic, such as “endless runner”.  At the worst of times, it’s simply a means of serving exploitative gameplay, with microtransactions just a tap away. Hopefully, products such as Logitech’s PowerShell will change things for the better; at least we don’t have to obscure the display with our thumbs.

Logitech aren’t really breaking new ground here. What’s immediately obvious is that the PowerShell Controller + Battery has a sleek look going for it. It also provides 1500 mAh of extra power for those gaming sessions – few things are worse than having an expensive deadweight. And yes, those are trigger buttons.

There’s little reason to remove the PowerShell if you want it on all day. It doesn’t obstruct any of the phone’s hardware features, and both devices can be recharged without any fuss. With barely any weight to it at 120 grams, hands won’t be cramping up with fatigue anytime soon either.

At the end of the day, it’s all meaningless without supported titles. There’s a growing list of games over at Logitech’s blog, so go take a look.

The PowerShell Controller + Battery is only compatible with iOS 7 devices – Android users can take a look at the flashier MOGA controllers instead. Tagged with a suggested retail price of SG$129 and a three-year limited hardware warranty, the PowerShell will be available in Singapore at the end of 2013.

With so many gaming on their phones these days, perhaps it’ll act as a stepping stone to dedicated handheld consoles. We’ll have to let the sales figures speak.

Ade thinks there's nothing quite like a good game and a snug headcrab. He grew up with HIDEO KOJIMA's Metal Gear Solid, lives for RPGs, and is waiting for light guns to make their comeback.
Previous post Garena’s Path of Exile Enters Open Beta
Next post Atlus Makes Multiple Announcements, Persona 5 Coming to PS3