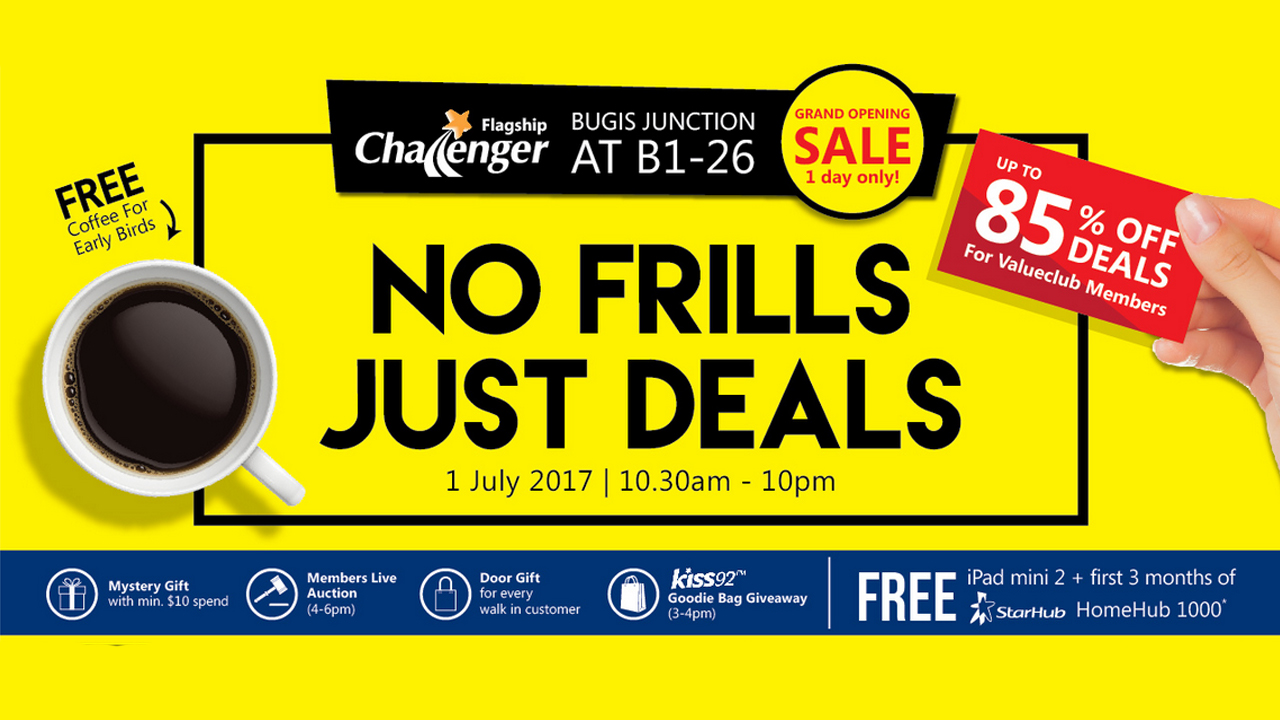 Challenger’s flagship store at Bugis Junction Basement 1 is gearing up for its grand opening this Saturday, 1 July, with a range of member-exclusive deals and a live auction. Discount highlights include the Xbox One S, PCs and notebooks, as well as portable hard drives, though you’ll have to act early as supplies are limited.

The Bugis Junction store is worth a peek if you’re in the vicinity, especially since it includes a dedicated gaming zone featuring both PCs and consoles, with peripherals scattered throughout the rest of the areas. As mentioned, the grand opening will be a great time to pick up an Xbox One S if the upcoming Xbox One X and its price doesn’t interest you. The store carries a number of titles too so you won’t end up staring at a dashboard or download progress bars once you’re home.

Alternatively, if you’re in the market for something else tech-related, say fitness bands, smartphones, or hard drives, then this opening sale has you covered too.

In addition to the discounts is a live auction with starting bids as low as a dollar.

Here’s the full list of deals as provided by Challenger:

Anyone interested should also take a look at the promotion page for a better idea of what’s available.

Ade thinks there's nothing quite like a good game and a snug headcrab. He grew up with HIDEO KOJIMA's Metal Gear Solid, lives for RPGs, and is waiting for light guns to make their comeback.
Previous post This Overwatch D.Va Statue is bad news for your credit card
Next post PS4 exclusive Matterfall launches on 16 Aug starting at $26.90