Home / Latest / Games / Gear up for Overwatch with these Razer hardware

Gear up for Overwatch with these Razer hardware 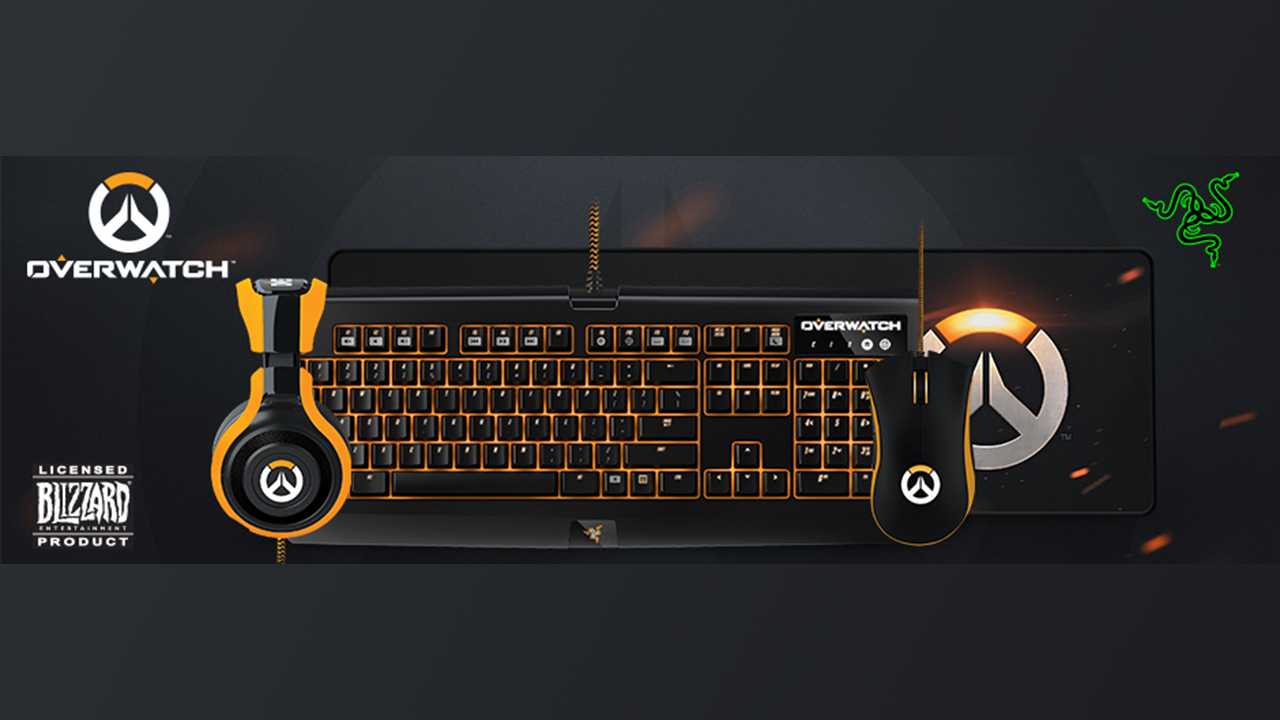 Razer has announced that an Overwatch-themed headset, keyboard, mouse, and mouse mat are now available for purchase, less than a week from the game’s highly anticipated launch.

The products in question are based on the Razer ManO’War Tournament Edition analog wired headset, the BlackWidow Chroma keyboard, the DeathAdder Chroma mouse, and the Goliathus Speed mouse mat.

Utilizing Razer’s Chroma lighting system, both the ManO’War and BlackWidow can alter their lighting effects in real time to reflect in-game conditions. Some of these include a hero’s signature color, abilities, and cooldowns.

See it in action in the video below:

“Overwatch is among the most dynamic and visually impressive games I’ve experienced in years, and the peripherals we’ve designed with Blizzard add a whole new dimension to the fun,” commented Min-Liang Tan, Razer co-founder and CEO.

And “fun” is the operative word as there aren’t any new hardware features to be found – typical of most licensed products. Nonetheless, if you’re shopping for new hardware or just want to flaunt some Overwatch love then here, take a look.

All prices are taken from Razer Singapore’s online store.

The Razer ManO’War TE headset ($169.90) features 50mm drivers that emphasise team chat and in-game audio cues, set within a closed-back circumaural design for both comfort and isolation. The ear cups themselves are rotatable, with a fully retractable boom mic embedded in the left cup. Begins shipping on June 2, 2016.

The Razer BlackWidow Chroma keyboard ($299.90) sports the Overwatch logo tucked away neatly in the corner. With 10-key roll-over, 50g actuation mechanical switches, and on-the-fly macro recording, this keyboard certainly won’t be holding anyone back. Of course, the other highlight lies in its Razer Chroma backlighting, which supports 16.8 million color options. Limited supply available.

Here’s the Razer DeathAdder Chroma mouse ($129.90), its iconic shape now home to the Overwatch symbol. Ergonomically designed for right-handers with textured rubber side grips, it doubles down on simplicity and workhorse performance, yet offering just enough flexibility with its fully customizable buttons. Available now. Lastly, we have the Razer Goliathus Speed mouse mat ($59.90), coming in the massive Extended size of 294mm by 920mm. The cloth-based mat has been designed with speed and precision in mind, perfect for shooters such as Overwatch. The frame has been stitched to prevent fraying as far as possible, while the back is coated in orange anti-slip rubber. Available now.

Not sure what Overwatch is all about? Read our thoughts from the recent open beta here.

Overwatch releases for PC, PlayStation 4, and Xbox One on May 24.

Ade thinks there's nothing quite like a good game and a snug headcrab. He grew up with HIDEO KOJIMA's Metal Gear Solid, lives for RPGs, and is waiting for light guns to make their comeback.
Previous post Local game studio XII Braves secures multi-million investment for Valiant Force
Next post Phantom of the Kill out now for iOS and Android