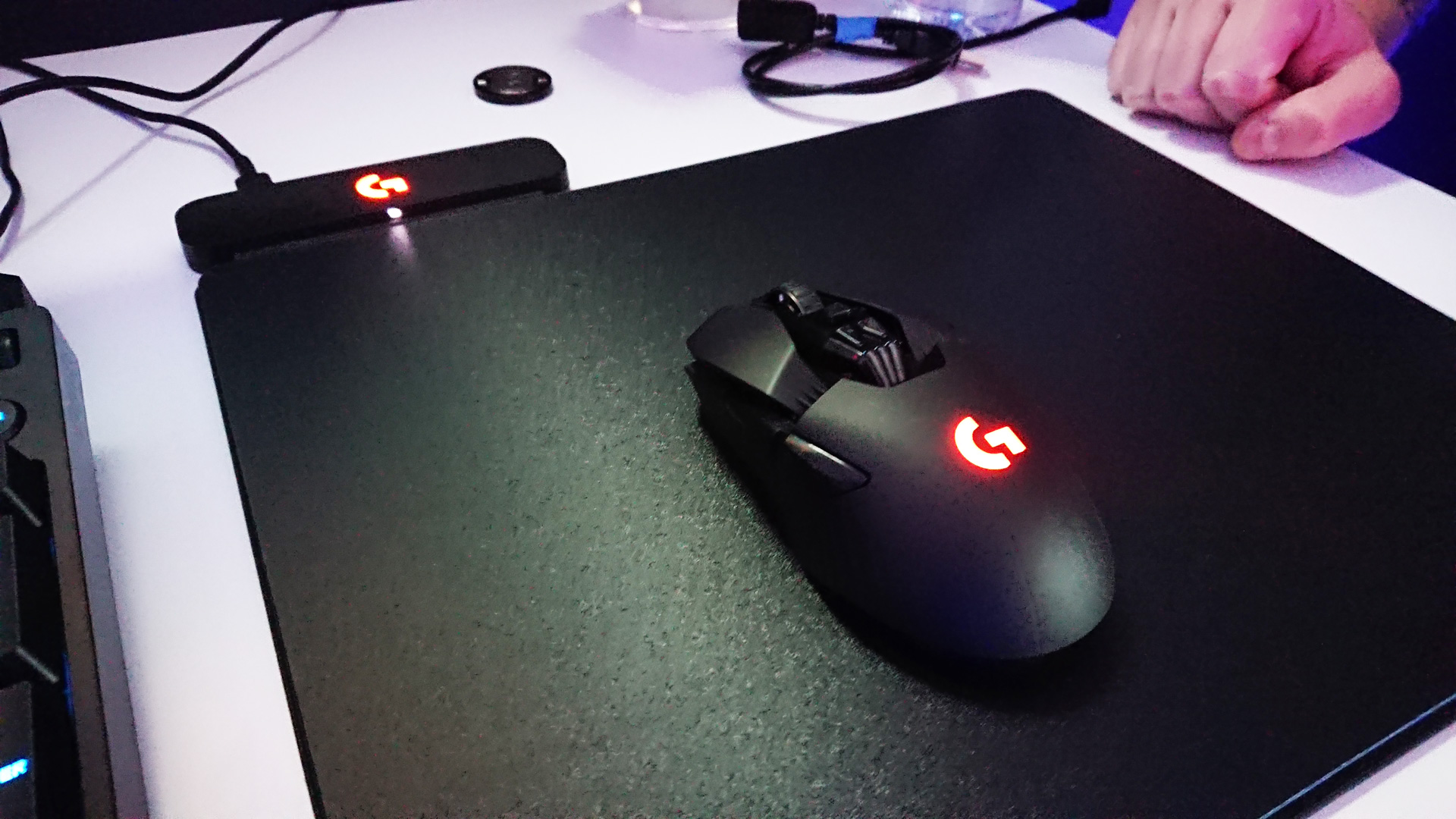 I took some time to visit Logitech’s booth at E3 2017, Los Angeles, to check out their new Powerplay technology. And wow, did I walk out impressed.

A Logitech Powerplay-compatible mouse is required to work with the new wireless charging base.

Powerplay is Logitech’s proprietary technology that builds wireless charging directly into its mousepad. Over at E3, I was given a walkthrough of a working product. I have always liked my peripherals wireless, but high-performance gaming devices such as mice are usually let down by feeble batteries – it’s just not tenable to have the mouse die halfway during a game match. And having to tether the mouse to a charging cable while using it sort of made its “wireless” function redundant, doesn’t it?

The wireless charging tech built inside the Powerplay mouse mat is proprietary to Logitech, and if you are wondering why it doesn’t go with an industry standard like the Qi, Logitech said that it would not have been possible to cover the entirety of a large surface such as a mouse pad. And the mouse pad will charge your mouse wherever it’s positioned and no matter how it’s moving.

As seen from the image above, there are three parts to make Powerplay works. The first is a charging base connected to a transmitter/wireless receiver, which is in turn connected to a USB port on your computer via the braided cable. Secondly, a mouse pad is then placed on top of it, and then third and finally, to get the entire Powerplay system to work, a Powerplay-compatible mouse is required. Now, there are two options you can go for – the G903 (essentially the G900) and the G703 (which is a souped-up G403).

The ‘small’ attachment here not only powers the mat, but also as a wireless receiver for either the G903 or G703 wireless mouse.

A Powercore module (available in two different weights) locked to the base of the mouse allows for the wireless power transfer to take place between the base and the mouse. The base will work with any non-Logitech mouse pads too, as long as they are not thicker than 2mm. A Logitech spokesperson at the show floor also assured me that the wireless power transfer, or better known as magnetic resonance, won’t interfere with the mouse’s core functionality – it won’t affect the accuracy of the optical sensor, nor the wireless connection to your computer. The removable Powercore module is the conduit for the power transfer to take place and so, charge the mouse. There will be two different weigh options.

Both the G903 and G703 mice will be available this month, while the Powerplay wireless charging system can be expected at retailers in August. Local pricing and availability aren’t available at point of writing, but we will update once Logitech get back to us.

(UPDATE: Logitech Singapore has informed us that the Powerplay Wireless Charging System and compatible mice will only be available in the next Quarter)

Aaron Yip is an industry veteran with more than 15 years of experience. When not spending time on his gaming PC and consoles, he can be found in Hyrule solving ungodly puzzles and collecting gems.
Previous post E3 2017: This Kojima Productions Ludens statue is beautiful
Next post E3 2017: Marvel vs Capcom Infinite reveals new characters and demo