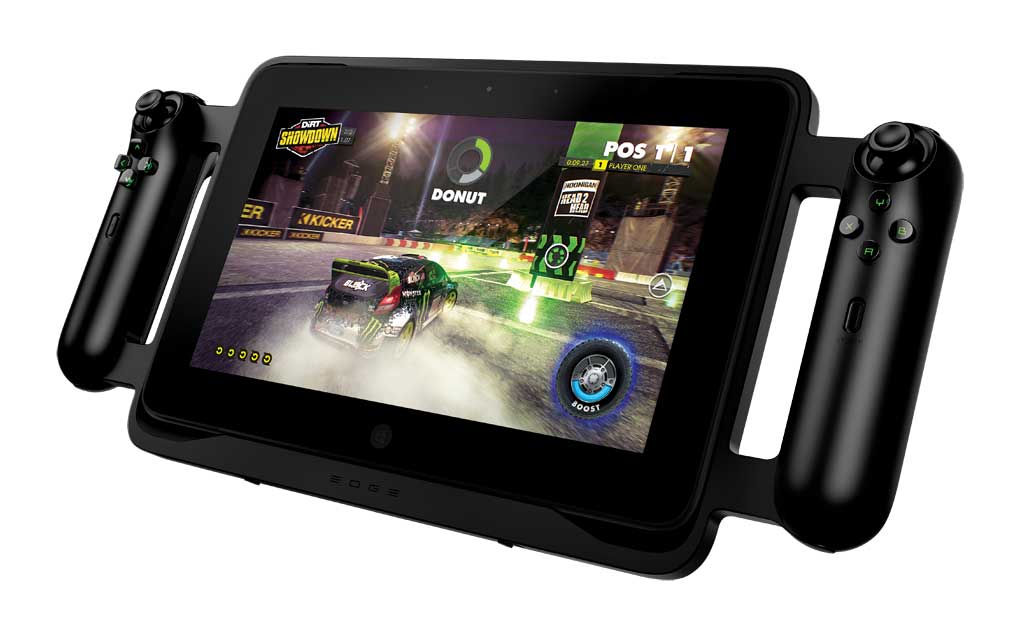 Razer’s Project Fiona from last year’s CES has been fully reincarnated as the Razer Edge, a full-feature PC that also doubles as the most powerful tablet in the world.

The Windows 8 tablet was produced via crowdsourcing, living up to Razer’s design philosophy of ‘for gamers, by gamers’. The company approached its community and the PC gaming community via social media for decisions on the end-game chipset, the Edge’s weight and thickness, its features, and even it’s pricing.

The end result? A tablet that uses tech from both Intel and NVIDIA, with 3rd gen Intel Core processors and NVIDIA GeForce graphics; in short, a tablet that can play full-fledged PC games at full capacity.

“When we decided to design a tablet from the ground up, we did it to create a phenomenal experience for mobile gamers. By combining the best of PC and console gaming with Windows 8, we’ve created a true gaming tablet,” said Min-Liang Tan, Razer co-founder, CEO, and creative director.

I, for one, will always prefer a desktop for PC gaming. But with the boundaries and genres of games shrinking and merging, perhaps we’ll see a new generation of mobile PC gamers who are just as adept at making a headshot on a tablet as they are with a mouse.

The Razer Edge will come in two models – the standard and the Pro. The Pro model will be offered in a bundle package with a Gamepad Controller, though there has been no specifics on what controller it will be. Both models will be available in Q1 in the US first, with the standard Razer Edge starting at US$999.

(Trivia: the Razer Edge shares the same name as the Hori Edge fight stick, though once prefixed with their brands, it’ll be impossible to confuse either for the other.)