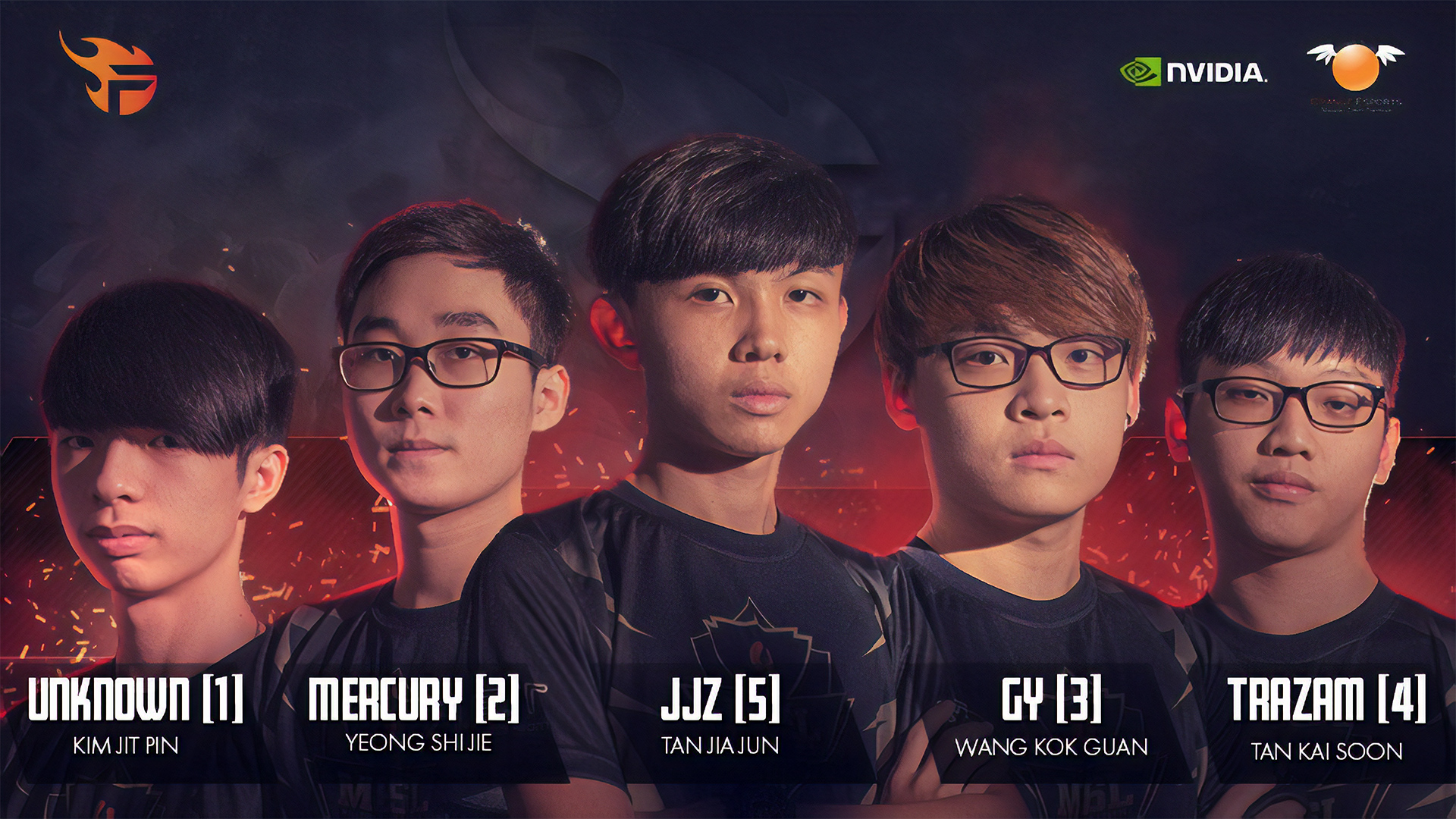 There’s a new Dota 2 team house in the region, where players train and live together daily in the hopes of conquering world-class tournaments. The aspirational move comes from esports organization Team Flash, who recently signed a promising five-man Malaysian team for a full year.

Accompanying that milestone are new partnerships with NVIDIA and Orange Esports, strengthening the Singapore-based company’s expansion into Malaysia.

Team Flash’s “esports incubator” is already up and running as of 7 November. Located in Horizon Hills, Johor Bahru, the 371-square-meter residence houses a spacious living room, four fully furnished bedrooms, and a smaller, additional room. They’ve converted the living area into a training and war room combined, where they practice the game and formulate strategies for upcoming competitions.

Their gaming equipment were all provided and set-up by Orange Esports, a Malaysian company known for their esports presence just as much as their chain of LAN gaming shops across Kuala Lumpur. NVIDIA contributed to the set-up of the team’s infrastructure, and will be helping with brand activations in Singapore and Malaysia moving forward.

As for funding, Team Flash are currently boot-strapping although they have received interest from venture capital firms – they expect to raise their next round in or around Q2 2018.

Training sessions are a mix of public matches as well as scrims, with hour-long analysis and discussion sessions following the latter. Three mornings are reserved for personal time, with an hour allocated to gym and cardiovascular exercises. All three meals are provided and lights out is strictly at midnight. It’s a balanced schedule with the players’ well-being in mind, and should anyone fall sick there’s a medical subsidy program in place.

It’s a full Monday to Sunday regime, although players do get off days after each Major tournament, as well as annual leave which have to be applied for a week in advance.

These players truly have become full-time esports athletes, which raises the question: how much are they earning? Team Flash wouldn’t disclose any figures, instead stating that they pay “competitive salaries in line with other top esport teams in Malaysia such as Fire Dragoon,” who also run an office and incubator. 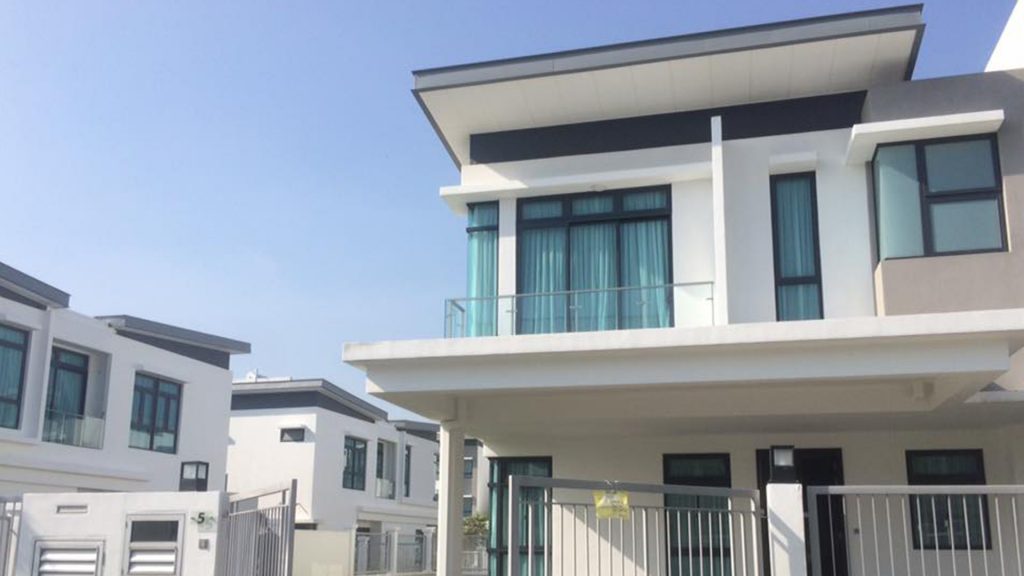 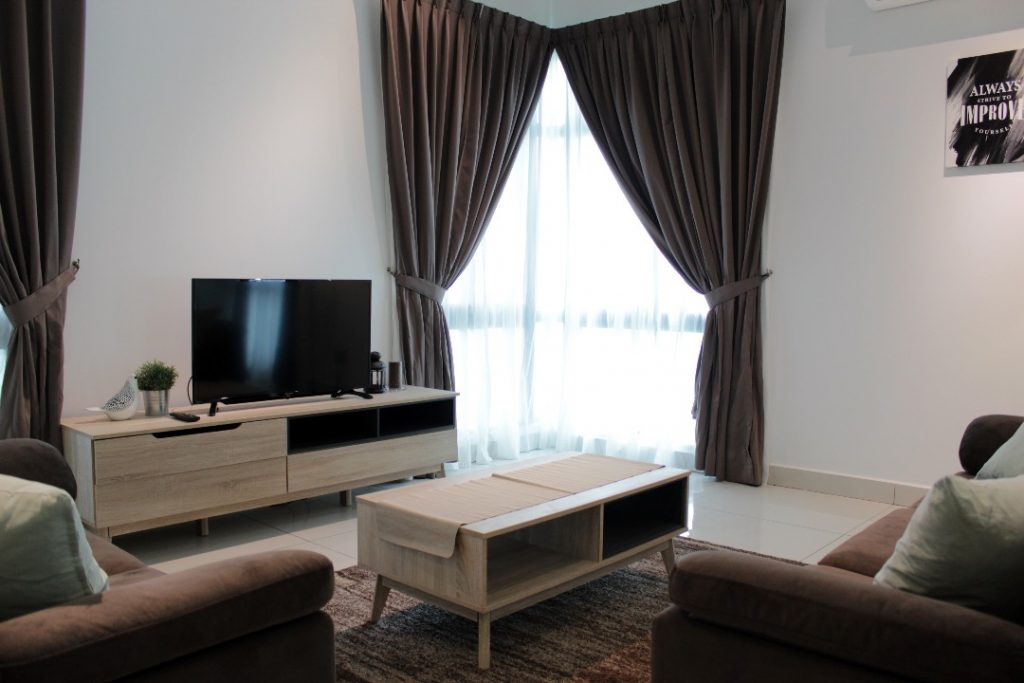 With facilities, schedules, wages, and even food all taken care of, the pressure is on for the five young members, aged between 18 to 21, to deliver on the competitive stage. While the team has already been put to the test at tournaments such as the Malaysia Esports League (MESL), the Malaysia Predator League, and more recently Galaxy Battles, Team Flash has only one goal in mind: The International (TI), the  headlines-making, multi-million dollar world championship.

It was a dream once shared by the now-disbanded Team Faceless, who ran their own team house in Singapore for a year. The recent overhaul to the Dota 2 competitive structure, coming in the form of the Dota Pro Circuit, was what ultimately pushed Team Flash to follow suit. In short, this new system allows selected third-party organizers to host official major and minor tournaments that lead up to the world championships. These must meet minimum prize pool amounts, to be matched by Dota 2 publisher Valve.

Essentially, the Dota Pro Circuit is Team Flash’s ticket to sustainability, granting them more opportunities to represent Malaysia internationally. It also helps that esports is gaining legitimacy in the region, thanks in large part to the 2022 Asian Games welcoming it as a medal sport. The full line-up, listed by their starting positions, are as follows:

Three of the players – TrazaM, Gy, and jjz – are already long-time friends, hailing from the former Reverse Heaven team. Together, they have accumulated US$25,000 in local tournament winnings over the past eight months.

As for the remaining two, Kai was the star player of rival team Genesis, while Unknown was simply scouted for his high player rating and potential.

“It’s a new experience for my teammates and me, but we feel great about the opportunity to join Team Flash and begin our full-time career in gaming. I think every Dota 2 player has the same dream, to attend TI one day,” said team captain jjz.

“We were looking for an opportunity to enter the Dota 2 scene especially after the announcement of the revamped Dota 2 Pro Circuit system. Reverse Heaven was the first team to catch our eye, after beating Fire Dragoon in the MESL Selangor qualifiers.

“We continued to follow them closely, and they again put up excellent showings at ROG Masters Malaysia and the New Blood Championships.

Team Flash believes in grooming new talent instead of going for proven names, and this is a team that can go the distance and establish ourselves as a top contender in Southeast Asia.”

Full-time coach Xtinct was also highlighted for his professional experience, which includes being a three-time national representative at the world championships. Together with the equally-renowned Chai ‘Mushi’ Yee Fung, they clinched third place at The International 2013, earning the Orange Esports team US$287,000 in prize money.

While coaches already play an important role, the Dota Pro Circuit casts them in an even more vital position now that they can be present and involved during the pre-game hero drafting phase.

“There are a lot of potential players here in Malaysia and what they need is someone to guide them. I really hope that my experience will make them a better team than they were before,” said the 29-year-old Xtinct.

“With the support and infrastructure Team Flash will be providing, including a professional gaming incubator, the team will be able to fully focus and elevate their game to the fullest potential. Big thanks to our newest partners, NVIDIA and Orange Esports for making this happen,” added Ting.

Keep up with the team’s progress at the Team Flash Facebook page. The organization also has players in FIFA and Hearthstone, with a brief foray into League of Legends earlier this year.

Ade thinks there's nothing quite like a good game and a snug headcrab. He grew up with HIDEO KOJIMA's Metal Gear Solid, lives for RPGs, and is waiting for light guns to make their comeback.
Previous post Microsoft releases new Hour of Code tutorial for budding programmers
Next post Review – LEGO Marvel Super Heroes 2 (PS4) could have been so much more