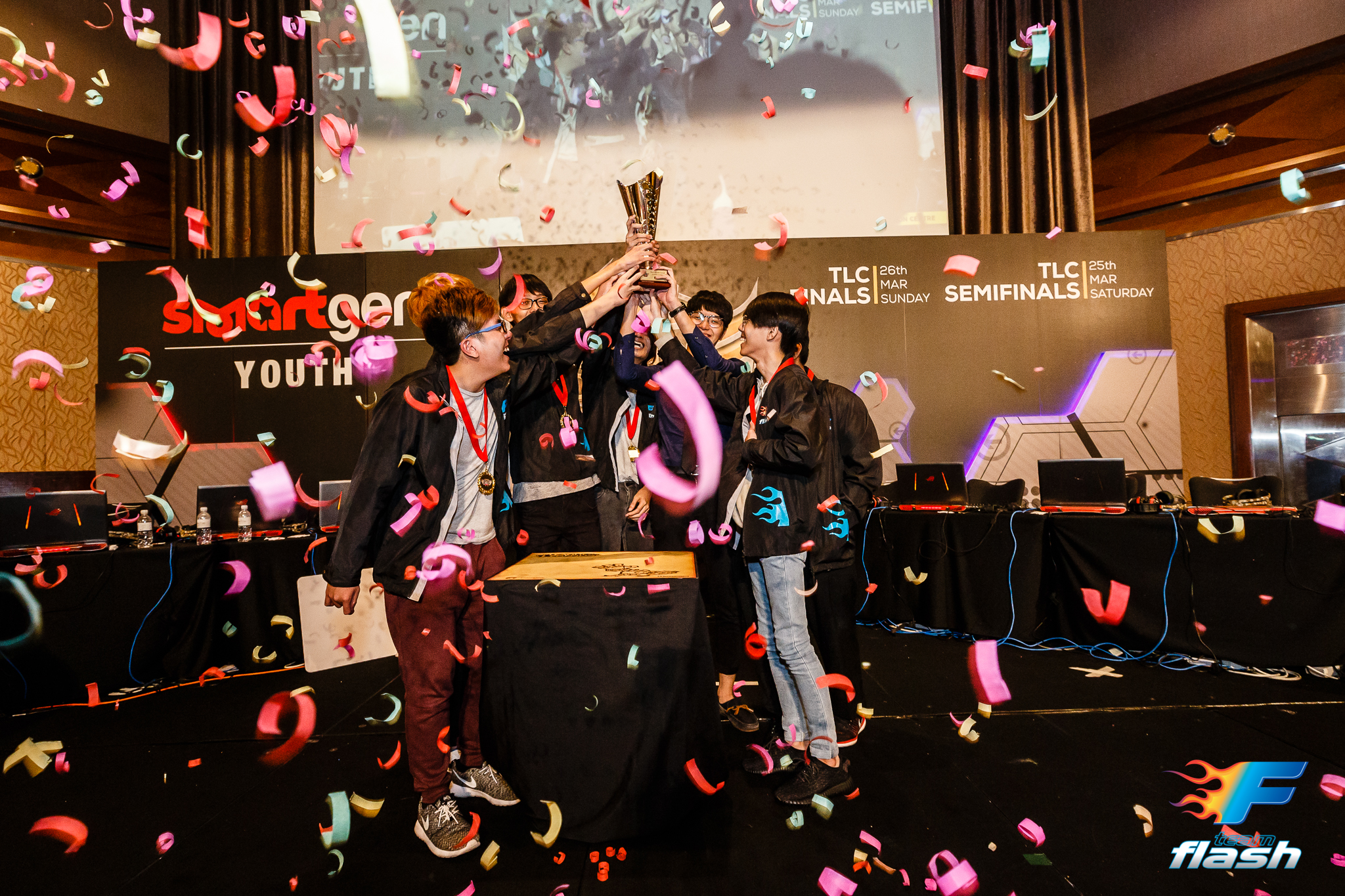 The Legends Circuit (TLC) Spring 2017 concluded on Sunday, 28 March, with Team Flash crowned as its undefeated champion. The victory is a huge milestone for the resurrected Flash brand, which acquired the entire Rigel lineup days before the tournament’s start.

A total of six teams participated in the five-week long season. After a clean streak straight to the Best-of-5 grand finals, Team Flash met fierce resistance by Sovereign, drawing the series to its full five matches. The deciding game saw Sovereign leading in the first ten minutes before a key fight in the middle swung the momentum back in Flash’s favor – the former relinquished the fight soon after.

“It feels great winning the series but winning 3-2 was unacceptable for us if our goal is to win GPL. We will do our best to perform at GPL and not let our fans down.”

“It was a hard-fought victory and this will be our second time representing Singapore in GPL. We are extremely honored and will do our best,” added team captain Poongundran ‘Arkane’ Ranganathan.

A full VOD of the grand finals is now available on YouTube.

TLC is a premier League of Legends tournament organized annually by Garena, used to determine the nation’s representative team. As such, Team Flash will be moving onto the regional stage – the Garena Premier League (GPL) – in the Philippines, where they will fight for a slot at the coveted World Championship later this year.

For some context, the 2016 World Championships boasted a staggering US$6.7 million prize pool and a viewership of 43 million worldwide, firmly placing it as the esports event of the year.

Getting there won’t be easy, however. GPL Spring 2017, which is set to run from 10–16 April, will see Flash facing off against the best teams that Southeast Asia has to offer.

Ade thinks there's nothing quite like a good game and a snug headcrab. He grew up with HIDEO KOJIMA's Metal Gear Solid, lives for RPGs, and is waiting for light guns to make their comeback.
Previous post Earn rewards for playing PC games through Razer Cortex
Next post First look at Lara Croft from the 2018 Tomb Raider movie