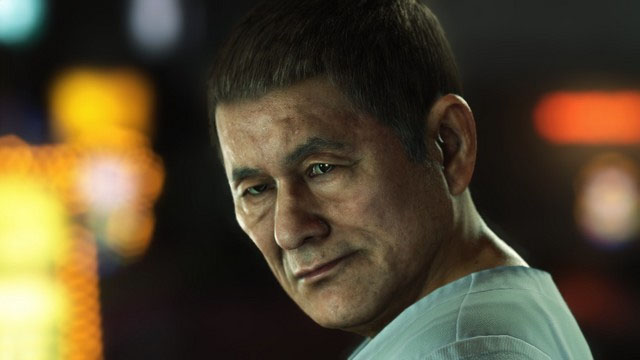 Now this is a real Yakuza game! Only mentioned at the Tokyo Game Show without any footage until now, Sega has just made their premier gangster title immediately legit. What you are seeing here trailer for legendary Japanese talent Takeshi Kitano’s appearance in the PlayStation 4 exclusive Ryu Ga Gotoku 6 (or Yakuza 6).

Takeshi Kitano is a world renowned auteur in every sense of the word, and is know for his massive contributions to media and the entertainment industry, famous for his deadpan approach and deep take on characters, whether behind or in front of the camera. No stranger to playing Yakuza focused roles, while his involvement in Yakuza 6 is unclear, having this caliber of talent in the game will definitely excite all fans of the genre.

Now we can only hope for Sega to localise an English version. The game is slated for a Fall 2016 release in Japan.

Aaron Yip is an industry veteran with more than 15 years of experience. When not spending time on his gaming PC and consoles, he can be found in Hyrule solving ungodly puzzles and collecting gems.
Previous post Bloodline Beta now available
Next post Pre-Registration Opens for Chain Chronicle Version 2