Take a peek at the bosses lurking in NEO Impossible Bosses 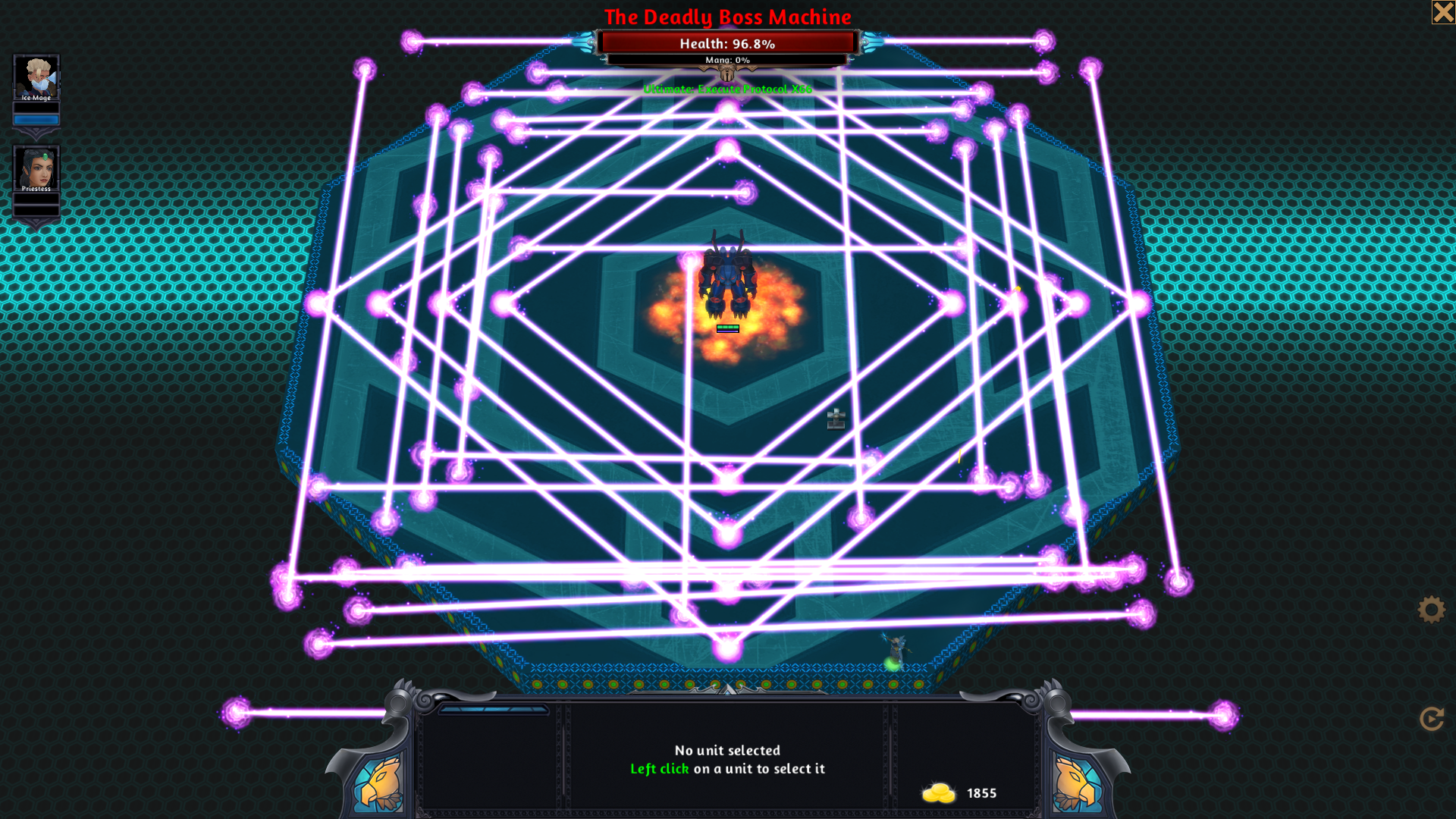 Indie developer x0to1 has released a launch trailer for NEO Impossible Bosses, giving us a peek at the many trials and challenges that await in this RTS-MOBA boss rush game.

The PC game has been on our radar since we first caught sight of it at STGCC 2017, immediately bringing to mind the heyday of Warcraft 3 custom maps. On its Steam page, X0to1 cites “custom map “Impossible Bosses” by Psyris and many other MMO raidbosses” as sources of inspiration, a fact that’s made inherently clear in the gameplay previews and the trailer below.

The whole premise of the game is as promised: defeat bosses. Players will face a gauntlet of 10 epic encounters, each bringing different challenges to the table. They all come with three difficulty levels — Normal, Hard, and Impossible — which do more than just beef up their strength and constitution. Rather, to keep players on their toes, bosses will get to wield different abilities.

The original custom maps were meant to be played either solo or together with friends, something that NEO Impossible Bosses does support. However, x0to1 has also turned to isometric RPGS for ideas. If micro-managing speaks to you on a spiritual level, then the game’s party mode may be for you. Here, you’ll get to pick and control six heroes simultaneously, making full use of the tactical pause function to stay alive. Alternatively, split the workload with a friend so each person controls multiple heroes.

In terms of community, NEO Impossible Bosses features online leaderboards and replays. There’s even an Ironman mode for the hardier players, where a single defeat means game over.

Ade thinks there's nothing quite like a good game and a snug headcrab. He grew up with HIDEO KOJIMA's Metal Gear Solid, lives for RPGs, and is waiting for light guns to make their comeback.
Previous post Vainglory 5v5 now open to Golden Ticket holders, Update 2.12 live
Next post Review – Monster Hunter: World is the Monster Hunter game for everyone