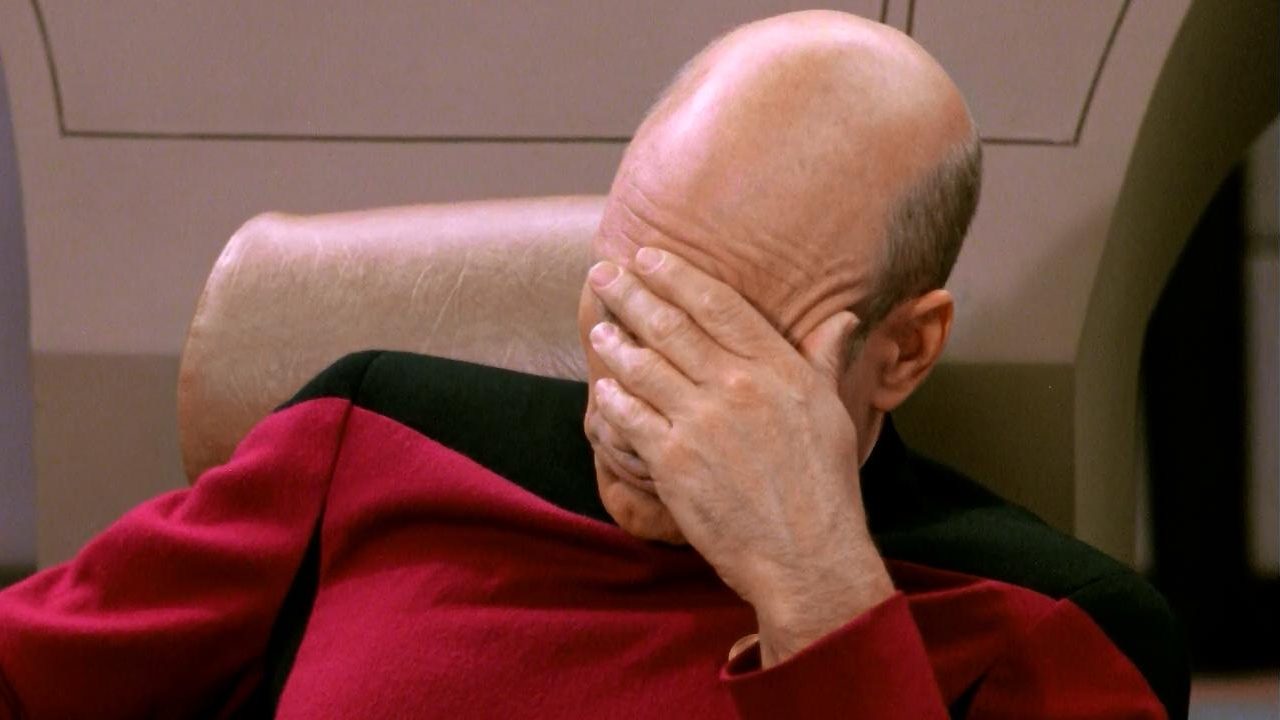 Throughout the course of human history, we’ve seen many individuals who pushed the limits of human knowledge and ingenuity. Great minds like Archimedes, Leonardo Da Vinci, Nikola Tesla and many others make the list.

And then there’s this bloke. 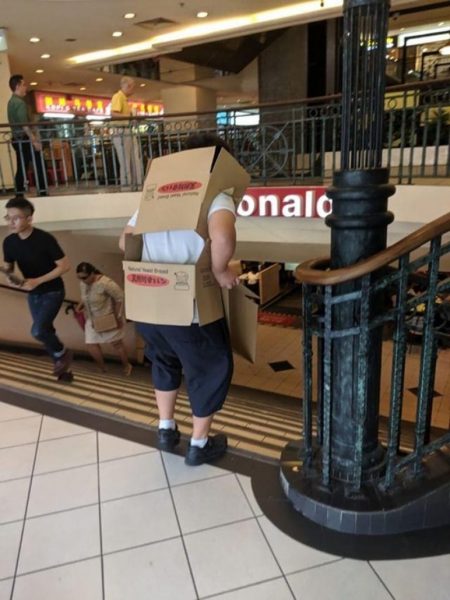 For many Singaporeans, it’s common knowledge that students are not allowed to frequent LAN cafes. Especially not when they’re in uniform. To subvert this, many students (myself included, ahem) often needed to pull off a stunt or two. We’d pack spare clothes to change, or we’d wait till the afternoon to make it seem like we’d already been dismissed.

I mean, I’ve seen all sorts of wacky ideas but none quite as wacky as this.

According to Instagram user Terenex, who uploaded this hilarious sequence of events, she was heading for lunch with her friends when she spotted this student asking for cardboard boxes from the neighbouring shops. At first, all it did was pique her curiosity, but then everything made sense when she saw him head over to one of the many LAN cafes in the mall.

Apparently, this student decided that he’d like to spend some time at a gaming cafe, which is perfectly fine. But there was one problem: he was still wearing his school uniform. Amusingly (or impressively), rather than packing extra clothes beforehand, he decided to don what I’d like to call the “low-cost Gundam cosplay” outfit and try to sneak in.

As if anyone would be fooled by that.

My point exactly. This is the kind of over-the-top stunt you’d only find in Tom and Jerry cartoons. But here we are, and there he is. Terenex admitted she couldn’t capture the full sequence as she went off for lunch afterwards. However, she did check in again a while later, only to be met with an even bigger surprise. Long story short, the student had “upgraded” his disguise, and was sporting three boxes now. 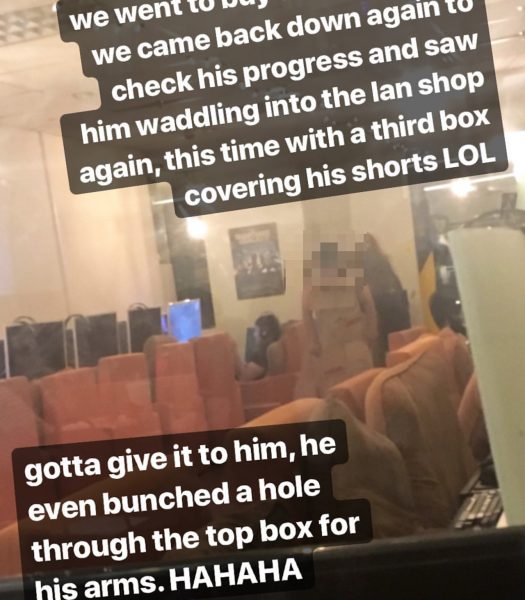 If anything, this is simply one more reason to stay in school, kids. And even if they don’t teach you this, common sense should dictate that some plans are probably doomed to fail from the start.

That said, it was never established whether or not he managed to get in afterwards, but that’s hardly the point. We’re too busy laughing.

Kenneth is your dedicated jack of all trades gamer and borderline anime nut. When not writing, he likes to wind down with Overwatch, Apex Legends and a bit of Fate: Grand Order on the side.
Previous post EA Play will open with Star Wars Jedi: Fallen Order
Next post Square Enix is showing off a Marvel’s Avengers game at E3