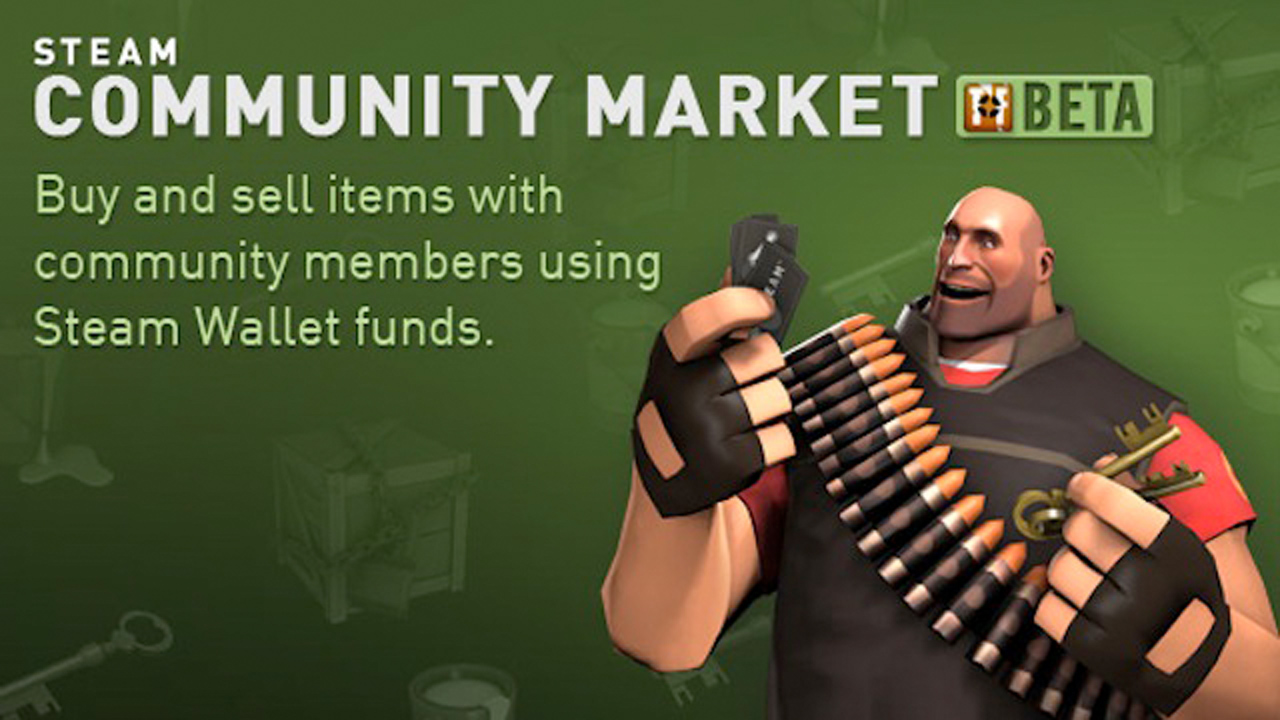 As the digital distribution space for PC games gets more competitive, Steam blazed through 2012 with a host of changes in its wake. This year alone we’ve seen the launch of Steam Mobile and Big Picture Mode, allowing you to buy games on the go or to seamlessly blend the service into your living room. Community engagement took a new direction with Game Hubs and, more importantly, Steam Greenlight. Recently we’ve seen the introduction of non-gaming software, which confused many and can now only be found if one looks for it. Valve’s head honcho, Gabe Newell, has also announced 2013 plans for Steam Linux and living room hardware, i.e. Steam-based PCs making full use of Big Picture.

Should it be any surprise then that one more new feature is to be squeezed out before the year’s end? The Steam Community Market launched not too long ago and is currently in open beta, meaning any eligible Steam user can immediately make use of it. Its official description is as follows: “The Community Market is designed to expand the Steam Economy beyond trading. Players can now buy and sell in-game items with other players for Steam Wallet funds.”

It’s only compatible with Team Fortress 2 at the moment, an obvious choice considering the player population and virtual economy it’s famous for. (Remember the economist they hired, Yanis Varoufakis? He has an official Valve blog.) More titles will be available to the Market “in the New Year”, and therein lays a big question: Implementation. What titles will be supported and how will Steam be offering this service to other developers? Will it require Steam Trading compatibility, which at the moment only has Team Fortress 2, Portal 2 and Spiral Knights to its name?

“For the initial launch, the Market will be limited [to] Team Fortress 2 consumables and tools, including paints, keys, and crates. Your eligible items are marked as ‘Marketable’ in your Steam Inventory. After the beta, we may expand to include additional items from Team Fortress 2 as well as items from other games,” explains the FAQ.

Chances are we’ll only see Steam Community Market tied-in with Valve’s games but it does open up some interesting ideas (which may not necessarily be consumer-friendly).

Naturally, Valve will be getting a cut out of each transaction for running the service. There’ll be a Steam Transaction Fee that’s “calculated based on the item cost”, as well as game specific fees that are “determined and collected by the game publisher.” It’s hard to tell what these are considering that the items being listed are only consumables and they go for very cheap (US$0.01-0.05 for a Mann. Co. Supply Crate).

Restrictions on the users include a Steam Wallet balance of $200 regardless of tied multiple accounts, and Wallet funds cannot be withdrawn in any way. There will also be a 200 sales limit per calendar year during the beta period, with currency exchange rates determined by Valve — buyers and sellers will only see prices listed in their native Steam Wallet currency. As for service eligibility, users need to have made a purchase between 30 days and one year ago and have had Steam Guard enabled for 15 days.

They also remind you in an updated Subscriber Agreement that these in-game items are all simply license rights and that you hold no ownership interest in them (along with your entire Steam library), thus any transactions made outside of Steam Community Market will not be recognized in the event of a dispute. Not that it matters to reputed traders of high-value items, who already have informal protocols to reduce risk.

So what do current traders have to say?

In a thread started by Ace♡ titled “Market Readings”, users conclude that the Community Market’s long-term viability is in question as the player-run markets still remain far more attractive to both buyers and sellers. This is mainly due to the inability to withdraw money from Steam Wallet, as compared to services such as PayPal. Should Valve allow funds to be withdrawn then the Community Market would appeal as a safer alternative. It isn’t a simple matter however, as real money brings with it the complexities of taxes amongst other things.

Other traders, like Space Tako Overlord, share the same sentiments, citing the restrictions as “limiting” and questioning Valve’s non-inclusion of Team Fortress 2 hats – in-game items that are the most valuable and can easily cost US$30 to hundreds. Not all are critical about the service though, with some offering good feedback in hopes that things will change dramatically during this beta period. After all, Steam’s own launch in 2003 was incredibly rocky and met with universal derision.

No matter how this plays out for the traders, it’ll no doubt prove interesting to Varoufakis, whom I’m guessing is already getting reports on the transactions made. As mentioned earlier, this also opens up some interesting possibilities for the future. Whether Steam Community Market will affect the industry in the same way Greenlight affected indie studios is a question we’ll maybe see answered in 2013.

Now excuse me while I sort through my inventory for anything worth selling.

Update: Guess what? Steam just launched Game Guides as part of the Steam Community Beta. “With Game Guides, you can create a guide to help fellow gamers and share your expertise in whatever game you like.” Valve are really going all out into making Steam a one-stop portal for all the things you have. Workshop replaces mod websites, Game Hubs replaces (to an extent) some fan forums while Game Guides looks set to challenge the unshakeable throne of  GameFAQs.

Ade thinks there's nothing quite like a good game and a snug headcrab. He grew up with HIDEO KOJIMA's Metal Gear Solid, lives for RPGs, and is waiting for light guns to make their comeback.
Previous post StarCraft II Pro-Am Tournament Christens New Alienware Arena
Next post First Impressions – Avatar Star