Star Wars Characters Will Take Orchard Rd On May The Fourth 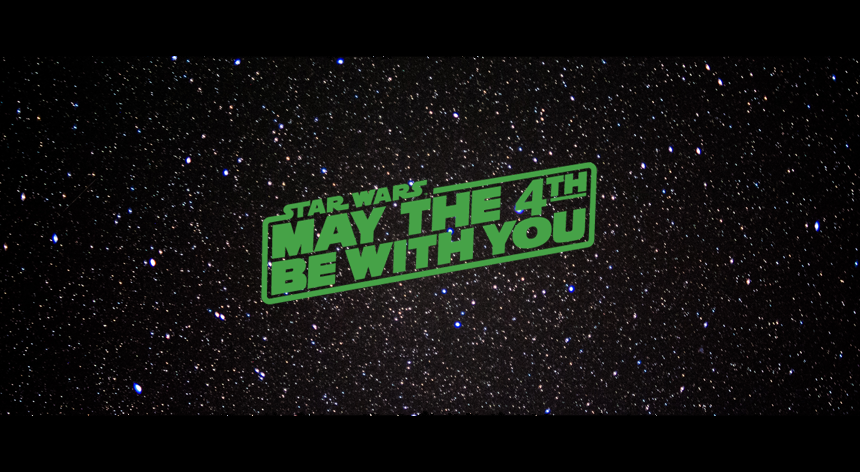 Dress up/cosplay as your favourite Star Wars character and join whichever side you want from 2-6pm this Saturday. Fans will also get a chance to walk away with a Star Wars Kenner Vintage Boba Fett action figure.

May The Force (and a whole bunch of awkward stares) be with You.

STAR WARS fans mark your calendars! Come 4th May 2013,  kick off a season of celebration in tribute to the popular sci-fi cult-classic films, STAR WARS, starting with the special appearance of some of the most beloved STAR WARS characters who will take to the streets. Organised by Hasbro, the event calls on all brave Padawans and other STAR WARS enthusiasts to join in the celebrations, embracing in all things STAR WARS on this special day.
STAR WARS DAY
Date:  4th May 2013
Time:  2-6 pm
Venue: Along Orchard Road
Fans can stand to walk away with a special Star Wars Kenner Vintage Series Boba Fett (RRP $19.90) to be given out on that day.
May 4th holds an endearing place in the hearts of STAR WARS fans because of the popularity of a common pun spoken on this day, “May the Fourth be with you”. Based on the popular phrase from the films, ‘May the Force be with you”, the origins of this unique day dates back to 1979 where the late Margaret Thatcher was elected as Britain’s first Prime Minister on May 4, 1979. Back then, her party, in celebration of her feat, placed an advertisement in The London Evening News that said “May the Fourth be with You, Maggie. Congratulations.” Since then, the day has been set aside by STAR WARS fans worldwide as a day of celebration where they can proclaim their love for all things STAR WARS.
For fans that want to unleash their inner most Jedi, dress up like Darth Vader or even speak like Yoda, this day would be the perfect day to celebrate the saga. STAR WARS fans are also encouraged to indulge in a little of their own STAR WARS activities. Whether it means designing your own light sabers to defeat evil forces, training to become a real Jedi, creating your own Yoda and R2D2 and playing pin the light saber on Yoda, well, the galaxy’s the limit.
We hope you will join us along on Orchard Road’s shopping belt for a day of celebration. See you then and “May the Fourth — er, the Force — Be With You!”
HOW STAR WARS DAY CAME ABOUT:
May 4 is considered a holiday by Star Wars fans to celebrate Star Wars culture and honor the films. It is called Star Wars Day because of the popularity of a common pun spoken on this day. Since the phrase “May the Force be with you” is a famous quote often spoken in the Star Warsfilms, fans commonly say “May the fourth be with you” on this day.
In a 2005 interview on German news TV channel N24, Star Wars creator George Lucas was asked to say the famous sentence “May the Force be with you.” The interpreter simultaneously interpreted the sentence into German as Am 4. Mai sind wir bei Ihnen (“We shall be with you on May 4”). This was captured by TV Total and aired on May 18, 2005.
In 2011, the first organized celebration of Star Wars Day took place in Toronto, Ontario, Canada at the Toronto Underground Cinema. Produced by Sean Ward & Alice Quinn, festivities included an Original Trilogy Trivia Game Show; a costume contest with celebrity judges; and the web’s best tribute films, mash-ups, parodies, and remixes on the big screen. The second annual edition took place on Friday, May 4, 2012.[/hide-this-part]
Tags: Hasbro, May The Fourth Be With You, Star Wars

Previous post Cherry Credits And RGB Have Avatar Star CBT Keys To Give Away!
Next post Infinite Crisis Closed Beta Starts 8th May