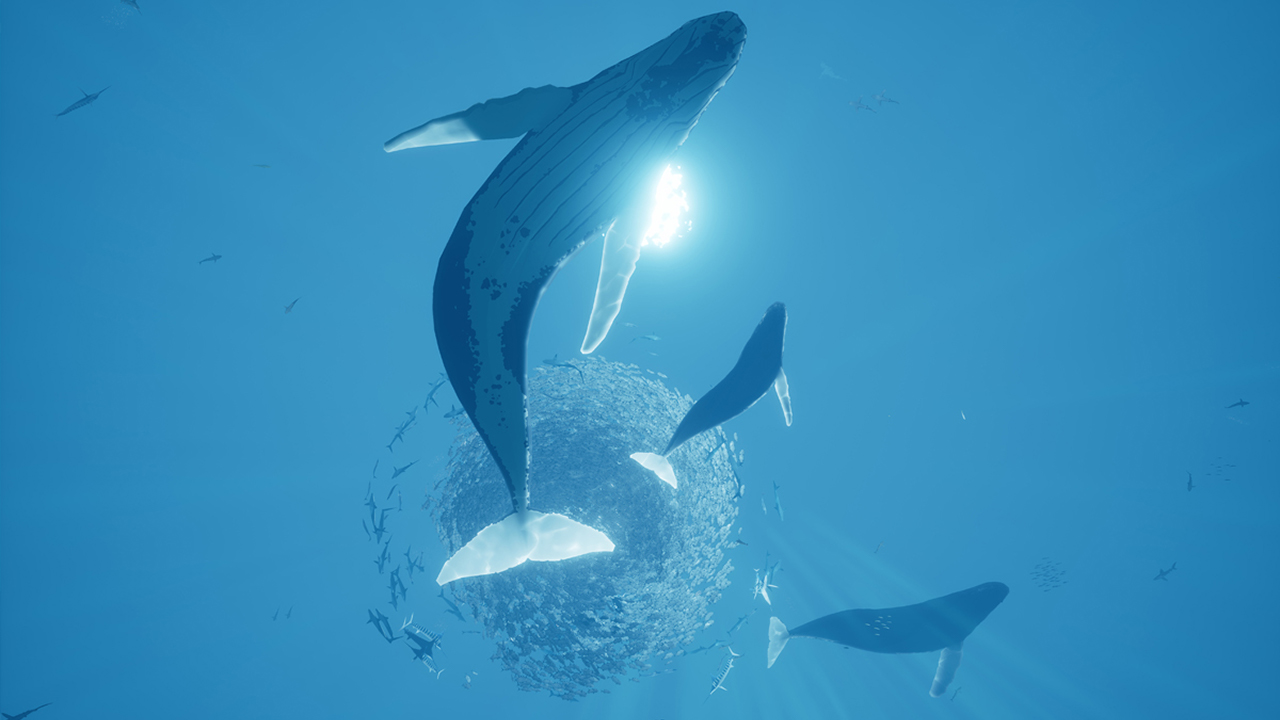 We’ve got a diverse set of games out for the Nintendo Switch, but how does an “inspirational aquatic journey” strike you? That’s basically the premise behind the award-winning ABZU by Giant Squid and 505 Games — a soothing underwater journey that has you diving into a vast ocean to discover life, beauty, and danger.

ABZU is made by some of the folks behind Journey, which probably gives most an idea of what to expect. The player gets to explore and be awed by all the plant and animal life thriving beneath the water’s surface, riding on the backs of dolphins or running into close calls with sharks. Without spoiling things too much, you’ll eventually run into some ruins and learn that things aren’t too peachy for the ocean, and that it’s up to you to help change this underwater world for the better.

The game sounds incredibly simple but so was Journey. What both had going for them were the incredible creative forces behind their creation, such as director Matt Nava’s artistic vision and Austin Wintory’s magical soundtrack. Together, they help weave a tale of mythology, with even the ABZU title rooted in ancient Sumerian: “Ocean of Wisdom.”

While there are brief moments of tension, the game as a whole is relaxing and, what Nava hopes, transformative. The director had a love for scuba diving and he attempts to translates those breathtaking moments here. Rather than time limits and other realistic trappings of most ocean simulators, he wanted something that players could have fun with. The end result has largely been praised by critics and gamers alike, and this jump to Switch only makes the experience more accessible to players.

ABZU is also available for PC, PS4, and Xbox One.

Ade thinks there's nothing quite like a good game and a snug headcrab. He grew up with HIDEO KOJIMA's Metal Gear Solid, lives for RPGs, and is waiting for light guns to make their comeback.
Previous post Impressions: Too little money and too many griefers in Red Dead Online beta
Next post Here are the PlayStation Awards 2018 winners