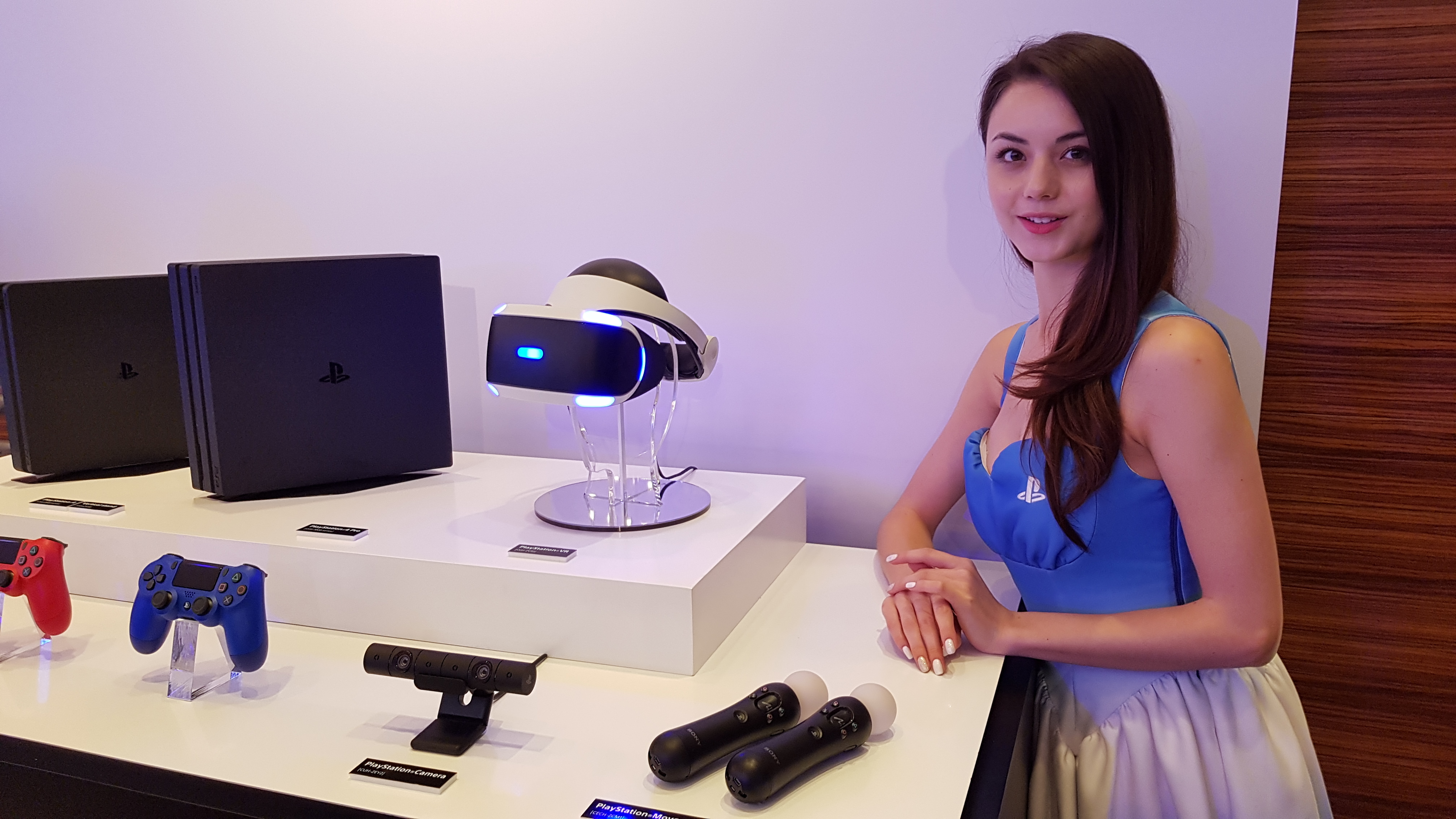 The new Wireless Controller for PS4 allows the light from the light bar to emit on the touch pad, making a new luminous line in the same color as that of the light bar. The current DualShock 4 has a notoriously short battery life, and it is thought that the front light bar is to blame for it. Hopefully this improves the battery life somewhat. The new DualShock 4 wireless controller will be available at a suggested retail price (SRP) of S$69.90 from 17th September 2016.

The redesigned PS Camera inherits all the features available on the current model, including PlayStation VR support, and features a new compact cylindrical form. It will also include a stand that provides better adjustments of the camera position, and will also fits the top of a TV display bezel. It will be available at for S$79.00 from September 2016.

Available this holiday season for S$219, the Wireless Headset-3D Surround Audio, is touted as a high-end gaming headset for the Ps4. Its 7.1 virtual surround sound is powered by Sony Interactive Entertainment’s proprietary 3D audio technology, and will be featured in selected PS4 games. The headset also features multi-position, hidden noise-cancelling microphones for clearer chats, and is also compatible with PS VR and mobile devices via an included 3.5mm audio cable.

Aaron Yip is an industry veteran with more than 15 years of experience. When not spending time on his gaming PC and consoles, he can be found in Hyrule solving ungodly puzzles and collecting gems.
Previous post Newer and Slimmer PlayStation 4 will replace existing PlayStation 4
Next post Gaming on notebooks just got better with NVIDIA’s GTX 10-Series